Pressure is building on the government to move rapidly to curb the currently rapid spread of coronavirus, with ministers indicating tougher rules for England could be imminent. So what new restrictions might be considered?

This was the plan hinted at by Matt Hancock in broadcast interviews on Monday, with the health secretary noting that tier 3 areas were seeing a particularly high increase in case figures.

As of New Year’s Eve, 78% of England’s population is under the toughest regime of tier 4. Tier 3 was previously the toughest level of restrictions, with pubs, cafes and other hospitality businesses closed apart from takeaways, and a ban on all mixing between households indoors, and in gardens or private outdoor spaces.

But tier 4 goes further, also closing non-essential shops, hairdressers and other businesses, with mixing in parks limited to two people, and a bar on overnight stays away from home and overseas travel.

A new tier 5 – or a national lockdown

The government has been wary of committing to a March-style England-wide lockdown, with people in effect ordered to stay at home beyond vital tasks or exercise. One option could be to introduce this regionally, billed as a tier 5. Tier 4 is already so strict that there is minimal space for additional restrictions beyond what most people would view as a lockdown.

There have been reports, however, that ministers are wary of imposing overly sweeping rules on how often people can leave home, and are particularly resistant to the idea of any sort of night-time curfew, as in place in France.

Closing all schools for a period

The return of many secondary school students, and primary pupils in high-Covid areas such as London, has already been put off for at least two weeks, with a switch to online learning. There is considerable pressure for all schools to be closed for longer, with unions demanding this and many councils where schools are supposed to reopen this week taking unilateral action.

Children remain generally little-affected by coronavirus, and Hancock has pointed to statistics saying the infection rate for teachers is no higher than the national average for adults.

However, the issue is primarily how much schools help spread the virus more widely in the community, with students catching the virus from each other, often with no symptoms, and then passing it to family members.

A return to shielding

With the particularly severe threat from coronavirus still focused more on older and medically vulnerable people, one option could be moving back to the system in spring whereby more than 2 million people in England were advised to stay at home and avoid contact with others.

For now, people in this group are only being advised to socially distance and take other precautions, but as cases rise there could be pressure for this to change again.

While shielding did leave many people very isolated, groups representing some patients’ groups have said a lack of shielding advice could leave some vulnerable people facing extremely difficult decisions over areas such as whether to go into work.

These are already mandatory in England inside shops and on public transport and at stations, but one option could be to extend this further.

READ  'It's not over': COVID-19 cases rise in some nations easing lockdowns: WHO

In October, the British Medical Association said masks should be obligatory in all offices or other workplaces, unless people are working alone. A number of countries have made mask use compulsory on streets and in other public outdoor spaces, but this seems less likely given lower transmission rates outside. 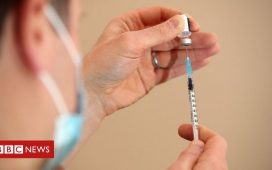 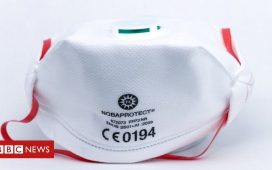 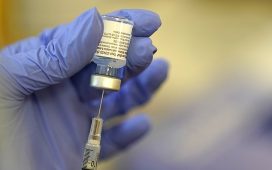 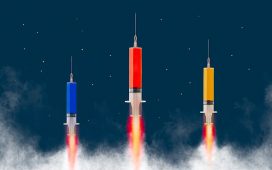 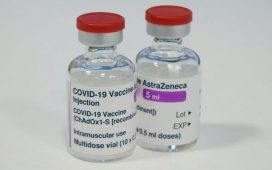