No fewer than three persons have been killed while many others sustained various degrees of injuries in a violent clash between farmers and cattle herders in Kirikasamma Local Government Area of Jigawa State.

The local government information officer, Sunusi Doro, said the government and security agencies had swung into action to restore law and order in the area. 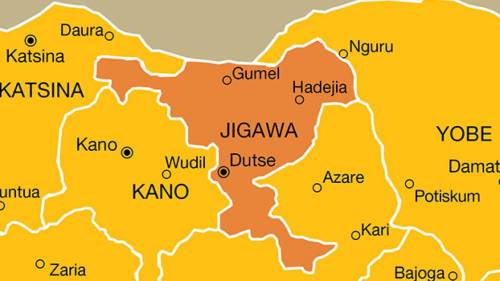 Doro said the incident happened at Madaci and Iyo communities but that officials were still awaiting the report of what led to the deadly clash.

A resident, Idris, told Premium Times that the clash began on Wednesday following an encroachment into farmlands by herders which led to destruction of crops.

He said the encroachment provoked the farming communities to come out enmasse to protect their crops which are already ripe for harvest.

He also identified one other person he said was killed at Iyo community as Aliso. He said the victim was a labourer from Kazaure local government area working as a farm hand in Kirikasamma.

The source said the herders used arrows and machetes to kill the three people.

He added that the injured victims were taken to neighbouring Kano and Yobe States for treatment.

He said the injured victims were taken to Nguru in Yobe and the Mallam Aminu Kano Teaching Hospital in Kano, while some others were in Hadejia responding to treatment.

“The hospital in Kano is requesting N300,000 to remove the arrow from the body of a victim and we are now contributing money but we are yet to meet the amount,” Idris said.

The police spokesperson in Jigawa, Lawan Adam, said he was yet to be briefed on the incident.