Bobbing in the water in the Canting Basin, by the shiny crescent of the Glasgow Science Centre, the Floating Head remains impassive as a seagull lands on its broad forehead.

The seven-metre-long, 26-tonne buoyant sculpture could be a refugee from Easter Island, brought to the Clyde by the tide, only to have a bird peck at the moss covering its cheek and chin like a lopsided beard.

In fact, it was commissioned from the artist Richard Groom as the centrepiece of Glasgow’s 1988 Garden festival, but then lost for decades – forgotten and unclaimed in a boatyard until a dogged relocation and restoration project brought it back to the spot where it started, three decades later.

It was a conversation at the artist’s funeral in 2019 that inspired his family to seek out the sculpture.

His brother Andy Groom said: “Myself and my family were so touched at Richard’s funeral where so many of his friends and colleagues commented on all of his work, especially the Floating Head. It became apparent very quickly we had to find it, fix it, float it.”

Working with the Sculpture Placement Group (SPG), an organisation that aims to bring sculpture to different audiences, the family discovered the head had been stored at the Clyde Boat Yard for more than a decade after being rescued from another dock site where it was about to be bulldozed.

“We had no idea whatsoever where it was,” said Groom. “It was listed as abandoned on the banks of the Clyde, so I started phoning round scrap and storage yards asking: do you happen to know where a 30ft concrete head might be?”

The head, which is grafted on to the hull of a boat and made up of a steel framework with a concrete render, was then partially restored – some graffiti was removed, but the natural weathering, and the encroaching moss, remains.

Kate Robertson, the co-director of the SPG, said: “People still remember the Garden festival as a big highlight, they were aware of the focus on Glasgow and the visitors, and it also marked a turning point for the city from post-industrial to a cultural destination.”

Richard Groom straddled this in his sculpture, working with highly skilled shipbuilders to create and float the monumental structure. The Garden festival site began the redevelopment of the once booming dry docks that had become a symbol of an industry in permanent decline.

With an official launch later this month, the head will feature at Glasgow Doors Open Days festival, forming part of a sculpture trail through Govan, while Groom’s family and the SPG seek a permanent mooring.

The owner of the land where it was abandoned is happy to offer the sculpture on long-term loan, but there are practical considerations of ongoing maintenance if it were kept in the water, as well as logistical challenges of transporting such a weighty creation.

“The scale of it is quite intimidating,” Robertson said. “The best way to see the possibilities there are for the sculpture is to bring it out into public view again. We’re always interested in what it takes to give something a second life.”

See also  Robert Ryman: the master of white who took painting apart
Share on FacebookShare on TwitterShare on PinterestShare on Reddit
newscabalSeptember 12, 2021 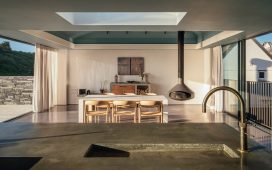 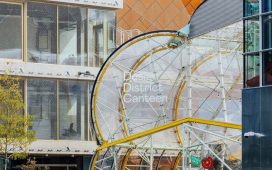