Translated versions of the trilogy have already sold 3.3 million copies in more than 30 languages so far, according to the corporation.

In 2015, Liu became the first Asian writer to win Best Novel at the Hugo Awards for the trilogy, followed by a series of international literary awards. The book won the hearts of many, including many leaders and celebrities; notably Barack Obama, Bill Gates, and George R.R. Martin. The news of a Netflix TV adaptation added to global interest in 2020.

As American sci-fi writer and editor Crystal Huff told China Central Television: “(the trilogy) is an international phenomenon, yes but it also touches me personally. There’s almost always a version of The Three-Body Problem available in all of the airports. It’s almost everywhere, it’s such an important work.”

Many believe translations of the trilogy, especially the English version edited by Ken Liu and Joel Martinsen, helped with its global reception. 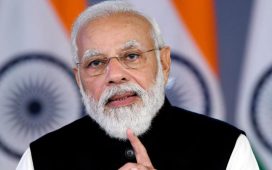