If getting a ‘characterful’ three-bedroom house for £250,000 isn’t enough, how about a free burial plot thrown in to sweeten the deal?

A detached home next the New Malton Cemetery, in Malton, North Yorkshire, is being sold by the town’s council in the hopes of funding graveyard improvement work.

The property, called Malton Lodge, is, well, a tad unusual, given that it’s right next to a graveyard.

And after the home failed to get much interest, the council has thrown in a free burial plot in the graveyard as an optional extra – ‘should the owner wish to have this included’. Fun.

The house itself is pretty lovely, and provide plenty of opportunity for redecorating to make the property feel like home.

On the ground floor there’s an entrance hallway, a sitting room, a kitchen (currently painted a cheery peach shade), and a dining room.

Go up one level and you’ll find three bedrooms and one bathroom.

Outside, the house has a courtyard with outbuildings and an enclosed garden.

The listing on Rightmove says there’s ‘scope to incorporate a driveway from the tree-lined avenue for off-street parking’, too.

Location-wise, you’ve got, well, a graveyard on the doorstep, but also the market town of Malton nearby, with supermarkets, shops, artisan food producers, and easy access to the railway station, where you can hop on regular services to York, Leeds, Manchester, and Liverpool.

And, of course, there’s that freebie burial plot, if you fancy it. The local funeral directors’ is only a short walk away, too.

Malton Town Council said the sale of the house will help to pay for restoring the main cemetery gates and the graveyard’s two chapels of rest.

Mayor of Malton councillor Paul Emberley said: ‘An opportunity arose earlier this year to sell the property, which had been continually occupied for about 20 years, when our tenant decided to move to another part of the town.

‘Members subsequently made a decision to sell the asset earlier this year as part of a wider investment programme.’

If you fancy putting in an offer – and aren’t scared of being haunted by ghosts hanging out in the graveyard – you can find all the info on Rightmove.

MORE: YouTube star Patricia Bright bought her new property in just 15 minutes, without even seeing it

MORE: What I Rent: Galina, $2,200 a month for a one-bedroom apartment in Los Angeles

MORE: Influencers in LA are renting a room that looks like a private jet to stunt on us all 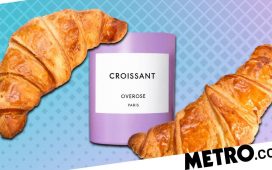 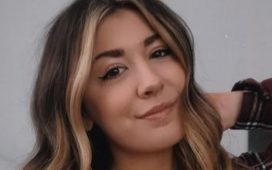 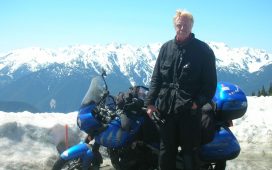 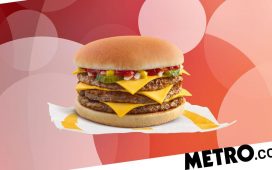