Thousands of NHS patients are to be given a camera which is small enough to swallow to help check if they have cancer.

The health service in England is trialling the use of miniature cameras – which are the size of a pill – as a diagnostic tool for bowel cancer and other gastrointestinal problems.

The technology – a colon capsule endoscopy – can provide a diagnosis in hours and patients can be being examined while they go about their daily lives, saving the need for an invasive diagnostic test in hospital.

The head of the NHS said that the ‘ingenious’ cameras will allow more people to get cancer tests quickly and safely.

The so-called capsule cameras will be trialled in 11,000 patients at 40 different sites across England.

Traditional endoscopies mean patients need to attend hospital and have a tube inserted whereas the new technology means that people can go about their normal day.

And infection control procedures mean at present fewer traditional endoscopies are being carried out.

But the new technology means that the tests can be sped up and conducted in the comfort of a patient’s home.

The camera takes two photos per second and takes pictures of the bowel as it passes through.

It can help spot conditions including bowel cancer and Crohn’s disease.

The whole process takes between five and eight hours.

The tool provides full images of the bowel with information sent to a data recorder in a shoulder bag.

It comes after the chief executive of the health service in England told MPs that cancer was a top operational priority for the NHS.

Sir Simon Stevens told the House of Commons Health Committee on Tuesday: ‘Clearly there’s going to be a lot more to do in the cancer programme during the course of the coming year and that is going to be one of the top operational priorities of the health service.’

NHS England said that in December the number of people who came forward for cancer checks surpassed the previous year and that 25,000 patients received cancer treatment.

Nonetheless there have been concerns about people not seeking help during the pandemic.

Anyone with any worrying symptoms has been urged to come forward and seek help.

Sir Simon said: ‘As we come out of ‘peak Covid’ and the disruption of the pandemic, the NHS is now pushing ahead with genuine innovation to expand services for many other conditions.

‘What sounds like sci-fi is now becoming a reality, and as these minute cameras pass through your body, they take two pictures per second checking for signs of cancer and other conditions like Crohn’s disease.’

Professor Peter Johnson, clinical director for cancer for the NHS in England, added: ‘From the cutting edge technology of these colon capsules to Covid protected hubs and chemo home deliveries, the NHS has fast tracked new ways of treating and diagnosing cancer – all while responding to the coronavirus pandemic.

‘Endoscopy services continue and thanks to the hard work of NHS staff, cancer treatment and referrals have come back to usual levels, with more than 25,000 people treated for cancer in December and more than 200,000 coming forward for checks – 13,000 more than the previous year.

‘The NHS message to anyone experiencing symptoms is clear – do not delay, help us to help you by coming forward for care – the NHS is ready and able to treat you.’

Genevieve Edwards, chief executive at Bowel Cancer UK, says: ‘This has the potential to make a huge difference for people with bowel cancer symptoms and could help the NHS to prioritise those who urgently need further tests.’


MORE : Coronavirus: Will immunity rapidly fade or last a lifetime?


MORE : Scientists trying to predict who will become seriously ill from coronavirus 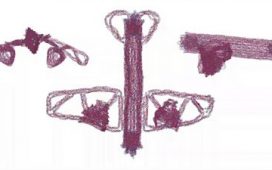