Up to 10,000 England fans are expected in Moscow for Wednesday’s World Cup semi-final against Croatia, with last-minute travel and logistics complicated but manageable for those with cash.

A tranche of tickets for the game at Moscow’s Luzhniki Stadium was released on the Fifa website on Sunday. Some resale sites were offering tickets for not much more than face value, starting at about £350, but in other places prices were far more expensive. On Stubhub the cheapest seat on Monday afternoon was £634, with top prices as high as £11,000.

Russia has waived its visa requirements for the World Cup, allowing anyone with a ticket, or even the number of somebody else’s ticket, to apply for a Fan ID that can be used instead of a visa to enter the country.

England probably have Croatia’s goalkeeper Danijel Subasic to thank for the relative affordability of the least-expensive tickets, after his team prevailed over Russia in the quarter-final on Saturday. An England v Russia semi-final would have attracted enormous interest from home fans and would have almost certainly seen tickets become like gold dust. Instead, some tickets have come back on sale, in addition to tickets purchased by fans of teams such as Germany and Brazil who had expected to see their sides progress to this stage.

At an informal ticket resale hub that has sprung up across the street from Fifa’s official ticketing centre in Moscow, a motley band of fans and touts tried to hawk tickets for the two semi-finals and the final. One man offered a pair of category two tickets for the England game for $600 (£450) each, while another had a single ticket on sale for $500. Both prices were only a small mark-up on face value.

One England fan who has been at the earlier games and has a ticket to the semi-final was trying to purchase three more for friends in Britain who were planning to travel. His three friends had applied for Fan IDs using his semi-final ticket, said the man, who did not want to give his name. He said he was prepared to spend up to £300 per ticket and had not yet found anything but hinted he would soon raise the price he was willing to pay, as he had found a man selling three tickets together at about £400 each.

Many people snapped up tickets on Fifa’s website, though being able to purchase them was largely a matter of luck and patience, as some people reported spending hours refreshing the site without success. The site is set up so that tickets often appear to be available, but users cannot actually purchase them, leading to a ritual of endless browser refreshing in the hope of finally being able to purchase tickets.

England’s games so far have been attended by between 2,000 and 5,000 England supporters, with the smaller-than-usual numbers down to a combination of expense and fears of violence in Russia. Now that those fears appear to have been unfounded, and the England team is doing better than almost anyone predicted, many fans are keen to get in on the action.

Harriet, a 30-year-old lawyer from London, said she had bought three tickets for the semi-final on the Fifa website on Sunday. The category two tickets were priced about £280 and she was able to buy them after just a few minutes of trying. Her two brothers had bought flights some weeks ago, just in case England reached the semi-finals, and asked her to join at the last minute as they wanted the family to dress up as three lions.

She was able to buy last-minute flights on Lufthansa for about £750 return, leaving today and returning on Thursday, and was able to find reasonably priced hotel accommodation. Some packages for England fans, though, were costing £3,000. The situation with accommodation and travel is much better in the Russian capital than in some of the provincial host cities such as Samara, where England played their quarter-final on Saturday.

If England win on Wednesday, tickets to the final will be harder to come by, with prices online and among touts starting at well over £1,000 per ticket. 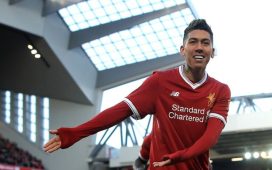 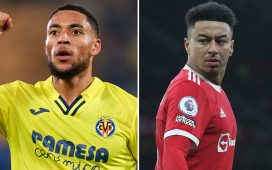 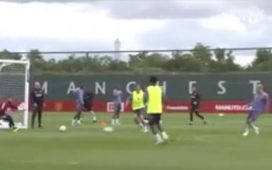