Chelsea failed to find a way past their opponents for the second match in succession as they fell to defeat in Turin against Juventus, leaving Tuchel looking for answers 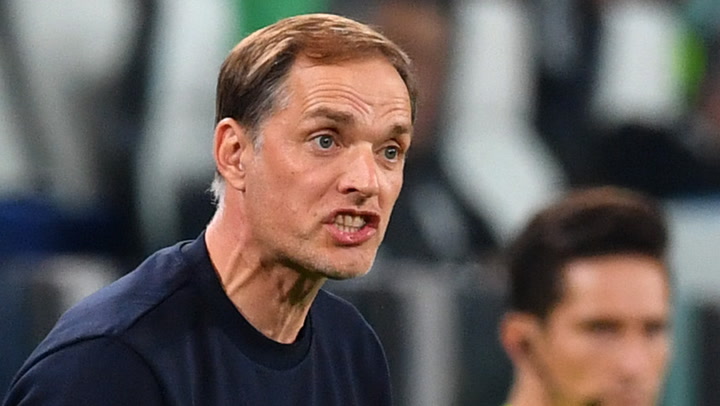 Thomas Tuchel is facing the first real test of his eight month reign as Chelsea boss.

And top of his list of problems to solve is to find a Plan B to stop his team’s run of back-to-back defeats.

Incredibly, Chelsea have won just one game after going behind under Tuchel when they won at Manchester City last May.

They have only managed to equalise in one other game which was against Southampton last season and they face the South Coast club at Stamford Bridge on Saturday.

That points to the importance of Chelsea scoring the first goal in any game – and not having the answers if they go behind. They are set up defensively, to counter attack and then cannot change if they go behind.

Tuchel has been a revelation as Chelsea boss, lifting the Champions League trophy and leading the club back into the top four in his first season.

But they lost to title rivals City at Stamford Bridge last Saturday and then at Juventus in the Champions League in midweek.

That leaves Group H on a knife edge, Chelsea’s passage into the knock-out stages looks less secure and it could come down to the final fixture at Zenit in St Petersburg in December when the freezing temperatures will not make it a comfortable journey.

Tuchel has used a back three system throughout his reign at Chelsea and it has made his team hard to beat.

But they struggle when it comes to dominating opponents, going on the front foot and being a team playing on the break does not help when they are chasing games.

It may tempt Tuchel at some stage to playing more expansively which is certainly in his locker as he was not a defensive coach at Borussia Dortmund or Paris Saint Germain.

But the biggest issue is finding a different way to play when they go behind. They had no answer against City and did not find an equaliser against Juventus in midweek.

Former Chelsea boss Antonio Conte, working as a TV pundit in Italy, claimed they did not play to Romelu Lukaku’s strengths in Turin and believes he is a complete striker who will solve the problem.

Conte told Sky Italy: “A coach is good if he can improve players. I think we did great work with Romelu over two years.

“He is a very specific striker. Bringing Lukaku into the box, he is dangerous. However, when he starts from midfield, he is incredibly quick. It is very difficult to find a player who is both a target man, but can also run from midfield.

“These are also characteristics I can see in Erling Haaland. I had been tracking Lukaku for a very long time and wanted him when I was at Chelsea, even when he was at West Brom.

“It’s a tactical situation too, a centre-forward who goes looking for the opposition defender, backs into him and lays it off for whoever is supporting him. That is a tactical approach used in basketball as well.

“The good thing about Romelu is that he can hurt you anywhere. If you keep him far away from the penalty area, he can kill you with his pace. If you have him in the box, he has the physicality to be a target man.”

The games in which Chelsea have fallen behind: