'This lack of humanity can't go on': Canary Islands struggle with huge rise in migration


In the Canary Islands, 2020 will be remembered as more than just the year of the coronavirus.

The streets of Arguineguín, a small town on the island of Gran Canaria, are thronged not with tourists in search of winter warmth, but with police officers, health workers and journalists, all scurrying to and from the crowded dock, which has become the newest symbol of an old phenomenon.

Almost 15 years after the “cayuco crisis” of 2006, when about 36,000 people reached the Spanish archipelago in small and dangerous cayucos, or fishing boats, the Canaries are once again struggling to cope with the arrival of thousands of migrants and refugees.

Nowhere is the strain and chaos more evident than on the dock at Arguineguín. The makeshift reception centre, cobbled together four months ago and intended to shelter 500 people, has seen the number of occupants swell to almost 2,700 over recent weeks. Arguineguín, according to official figures, has a population of 2,309.

The people held at the temporary centre – officially for a maximum of 72 hours – are living in cramped conditions, some in tents, but many sleeping on the sun-baked, rat-infested bare dock. Most of their fellow arrivals have progressed to better-equipped temporary camps farther inland, government reception centres or hotel rooms.

This year has seen a rise in the use of the Atlantic route. Amid enduring conflicts, land border closures forced by the pandemic and increased controls in some north African countries, smuggling gangs have reactivated the long and perilous crossing, ferrying thousands of men, women and children between the two continents.

Those lucky enough to land on the Canaries find themselves pitched into a confused, disjointed and under-resourced system.

Spain’s public ombudsman has called for the Arguineguín camp to be shut down at once on the grounds that it could be violating people’s basic rights.

Last week, a judge decided that while the conditions at the camp were “deplorable”, they did not constitute a crime. The complaint had been brought by Onalia Bueno, the mayor of the municipality of Mogán, of which Arguineguín is a part.

Bueno despairs at the lack of coordination between central government ministries, citing the events of 17 November in particular. That day, as the dock centre was completely overwhelmed, 200 Moroccan migrants were removed by police, put on buses bound for the island’s capital, Las Palmas, and left without anywhere to stay.

While the migration ministry finally stepped in and found accommodation for them, Bueno sees the event as symptomatic of a deep and troubling absence of political will.

“This lack of humanity from the government just can’t go on,” she says. “It doesn’t seem to be able to solve the problem at hand.”

And yet, she adds, Spain found its way through the “cayuco crisis” in 2006.

José Segura Clavell, who was the central government’s representative in the Canaries at the time, says the two situations do not bear comparison. He points out that the pandemic means that repatriation flights are impossible, but says the migrants and refugees are not getting the “humanitarian reception” to which they are entitled.

If, however, Spanish authorities are failing to live up to their obligations, adds Segura, then so is the European Union. “The EU’s behaviour is a mistake,” he says. “We don’t have a clear common policy.”

The lack of a clear, common – and fair – approach to migration was spelt out in the letter that Spain, Italy, Greece and Malta sent to the European commission last week in response to the EU’s new migration and asylum proposals.

“We believe that the solidarity rules and the related commitment of all member states must be clearly defined,” the four countries said.

“The frontline member states cannot face the migratory pressure on the whole European Union. We must find feasible and coordinated solutions to our common challenges.”

In the meantime, the pressure at the Arguineguín dock is, belatedly, easing. Each day, people are being transferred to a former military camp on the island, which has the capacity to house up to 1,000 people. But there are fears that the winter rains could turn the camp into a mudbath. About 6,000 people – including more than 455 unaccompanied children – are being put up in hotel rooms paid for by the Spanish government. More than 3,470 of them are staying in 10 hotels in Mogán.

But things are far from settled, and tempers far from cool. On Thursday, Bueno issued an ultimatum to the migration ministry, warning that “Mogán’s solidarity has a best-before date of 31 December” and asking the central government to remove the migrants and refugees from hotels and accommodate them elsewhere.

The secretary of state for migrations, Hana Jalloul, said the interior ministry was working to repatriate all those who were not eligible for asylum, but added that the new arrivals needed to be properly looked after.

“If I left those migrants on the streets right now, social services would have to take responsibility for them,” Jalloul said on Thursday.

“Do you think that the mayor has the resources to house 3,400 migrants?”

Sylvanus Kamara, a 22-year-old migrant from Sierra Leone, is one of those staying in a hotel. Although the interior ministry – which is trying to shut down the dock camp as soon as possible – says no one stays on the docks for more than 72 hours, Kamara spent eight days in the camp. On a recent visit, Human Rights Watch spoke to people who had been held there for more than two weeks.

Like many of his fellow migrants, Kamara clambered into a crowded boat in the Senegalese port of Mbour one day in October “in search of a future”. Faced with a lack of work and prospects, he decided to gamble on the dangerous sea crossing, leaving his five-year-old daughter in the care of his sister.

But unlike most of the new arrivals in the Canaries, Kamara has no plans to move to the mainland. One of the few items he brought with him is the strip of the local football team, UD Las Palmas, whose matches he used to watch back home.

Kamara says the Canaries – “a great place” – remind him of Africa. His dream now is to pick up the nascent football career he left behind in Sierra Leone. He rises at 6am every day to train on the beach 2 miles away and hopes his dedication will pay off.

“I was doing my exercises when a trainer from the local team came over and offered me the chance to train with them,” says Kamara.

Anything more permanent will depend on the young Sierra Leonean sorting out his papers, something the already overstretched Red Cross is trying to help him with.

The frustration and anger expressed by local people and politicians is echoed by some of the NGOs sharing the strain.

For Txema Santana of the Spanish Commission for Refugee Help (CEAR), the conversion of the military camp “just goes to show that there could have been an alternative to the dock centre a long time ago”.

Like many others – not least the regional president of the Canaries – Santana sees clear parallels between what is happening on the archipelago and what has already happened in Lampedusa, in Italy, and Lesbos, in Greece. The numbers may differ, but the response does not: the EU, says Santana, “views island territories as prisons”.

But for those less fortunate, the Canaries and the waters that lead to them are not prisons, but cemeteries.

In October, at least 140 people died when the boat carrying them from Senegal caught fire and capsized in the deadliest shipwreck recorded so far this year. Last week, eight people died when their boat ran into rocks as they attempted to land on Lanzarote.

According to the International Organization for Migration (IOM), at least 563 people have died on the Atlantic route in 2020. That figure doesn’t take into account the Lanzarote deaths, nor the 10 other possible, but unconfirmed, shipwrecks that the IOM is looking into.

“Until we have a safe, legal and organised way for people to move about, we’re going to carry on seeing these irregular crossings,” says Santana.

“There will always be people ready to traffic other people and to sell them the dream of reaching another land.” 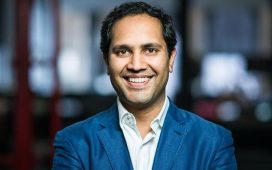 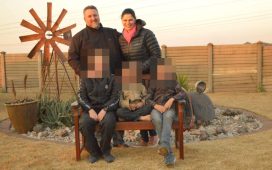 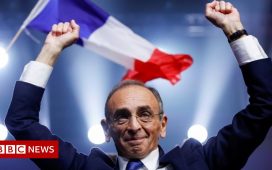