September is in full swing, which means we are heading into the depths of cold and flu season.

But a TikTok bathroom craze could help us through sniffles and congestion this autumn.

We all know that bathroom plants have been a huge trend over the past few years – however, it seems the 2021 update involves putting a bunch of eucalyptus in the shower.

Not only does this look visually pleasing, but these ‘bath bouquets’ are also great for our health – all because of the oil properties within eucalyptus.

Dr Jess Braid, co-founder of Adio Health, tells Metro.co.uk: ‘Eucalyptus is native to Australia and has been traditionally used historically for colds, flu, fever, aches and pains and inflammation. It’s high in volatile essential oils which gives the plant its distinctive scent.

‘By hanging eucalyptus in the shower you activate the essential oils with the heat and steam and, as well as smelling great, inhaled eucalyptus has been shown to be anti-inflammatory, antibacterial and antiviral.’

This technique works as the steam from a hot shower helps to activate and release oils in the plant – allowing you to breath them in and feel the benefits as you scrub away.

But relieving a blocked nose isn’t the only perk to this unlikely shower addition.

Polly Shearer, bathroom expert at Drench.co.uk, says: ‘Adding eucalyptus to your shower is an effective way to reduce stress, congestion and even pain or swelling.

‘Eucalyptus oil has antiseptic, antimicrobial and anti-inflammatory properties which helps stimulate deep breathing and in turn clears your sinuses.’

So it can help sinus infections and respiratory health, as well as any other body pain. Not to mention the compounds within eucalyptus can be great for stress relief.

Simply put, it’s an all round crowd-pleaser.

It’s worth pointing out that other alternatives can be used to create these bath bouquets, such as rosemary, peppermint, lavender and lemongrass.

These not only smell great but also boast fantastic health benefits, such as alleviating tension and boosting mental activity.


MORE : The best houseplants to relieve stress and anxiety


MORE : Houseplants that can reduce your carbon footprint the most, according to research

See also  Hotel of the week: 7 Pines Resort, Ibiza
Share on FacebookShare on TwitterShare on PinterestShare on Reddit
newscabalSeptember 15, 2021 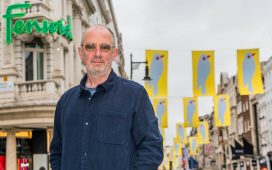 Everything you need to know about Art in Mayfair 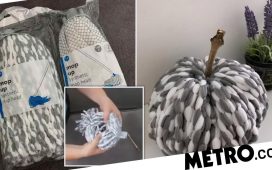 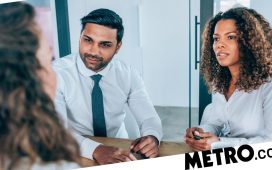 How to organise your wardrobe going into the new season