Thousands of protesters vented fury across Poland over a top court ruling that declared abortions of fetuses with congenital defects unconstitutional, effectively narrowing one of Europe’s strictest abortion laws.

Police vans and units in riot gear were dispatched Friday to guard the Warsaw home of the leader of Poland‘s right-wing ruling party, Jaroslaw Kaczynski. An angry crowd of mostly young people confronted the cordon with chants of “This is war” and vulgar calls for the ruling team to step down.

The court ruling fulfilled a wish that Kaczynski had expressed in 2016 by saying, “We will strive to ensure that even cases of very difficult pregnancies, when the child is certain to die, very deformed, still end up in a birth, so that the child can be baptized, buried, have a name.”

Protesters in Warsaw held up banners with slogans including: “You Have Blood on Your Hands” and “You are Building Women’s Hell.”

A 29-year-old, Diana Fidler, joined the protesters, explaining that she opposes abortion in cases of healthy fetuses, but finds the ruling forcing women to carry fetuses with severe defects to term extreme.

Officers used bullhorns to warn people the gathering was illegal due to the epidemic. After it appeared Kaczynski was not home, the protesters marched through town toward a government villa where they believed he had been taken.

The crowd included a lot of young women, but also many men who said they were fighting a broader assault on individual rights by the conservative government.

“I feel like my freedom could be next,” said Dawid Pawlowski, 30, who marched in Warsaw with a sign that said “Wojna” – Polish for war.

Some people carried wire coat hangers, a symbol of dangerous abortions that happen in conditions where safe abortions are not accessible.

Protesters also marched through other big cities, including Krakow, Wroclaw, Szczecin and Katowice.

Domestic and international human rights groups criticized the court’s decision as a violation of women’s rights. The only legal grounds remaining for an abortion in Poland will now be danger to the woman’s health or life, or pregnancy resulting from rape or incest.

Removing the basis for almost all legal abortions in #Poland amounts to a ban & violates #HumanRights. Today’s ruling of the Constitutional Court means underground/abroad abortions for those who can afford & even greater ordeal for all others. A sad day for #WomensRights.

The decision takes effect when it is officially published in the Journal of Laws, which could happen within days or weeks.

Critics noted the ruling was issued at a time when street actions are prohibited. Previous attempts to restrict abortion since Kaczynski’s Law and Justice party came to power in 2015 were scrapped following mass nationwide street protests.

Critics accuse the ruling party of using the cover of the pandemic to push it through with a politicized court. They also accuse the party of seeking to stoke social tensions to distract attention from soaring COVID-19 infection rates.

The Constitutional Court’s decision came in response to a motion from right-wing lawmakers who argued that terminating a pregnancy due to fetal defects — the most common reason cited for legal abortions in Poland — violates a constitutional provision that calls for protecting the life of every individual.

The court agreed with the lawmakers that an abortion predicated on the health of a fetus constituted illegal discrimination. The opinion approved by 11 of the government-controlled court’s 13 judges said that ending a pregnancy due to birth defects amounted to eugenics — a 19th century notion of genetic selection that German Nazis applied in experiments.

“I have talked about it many times, and I have never concealed that abortion for so-called eugenic reasons should not be allowed in Poland,” Duda said. “I believe that every child has a right to life.”

Health Ministry figures for 2019 show that most of the 1,110 legal abortions performed in Poland last year were due to fetal genetic defects like Down syndrome, or to physical defects. 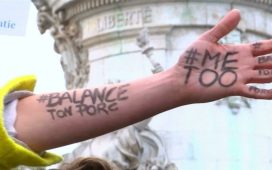 Unvaccinated staff ‘made to work in filthy storeroom’ at Italian firm 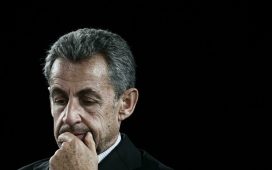