How much sun cream do you take away on your summer holidays?

A couple of bottles?

Perhaps half a dozen for the whole family if you’re heading for a fortnight in the sun?

Well, it turns out you’re probably travelling a little too light.

A family of four – two adults, two children – should slather and slop their way through almost 21 bottles of the stuff during a two-week beach holiday to keep their skin safe.

If you think that sounds unlikely, perhaps we should explain the numbers.

A sun lotion’s SPF (sun-protection factor) is measured using a test that uses 2mg per square centimetre of skin.

To receive the full protection the cream is said to provide in laboratory conditions, you must apply that same quantity when you’re out and about.

If you don’t, it will significantly reduce the protection you need.

According to Which?, using half as much cream means you get as little as a THIRD of the claimed SPF.

What most of us don’t seem to realise is that this translates to adults needing to apply around six teaspoons of sun cream to their face and body:

That makes 33ml for a whole body per adult. For a child you should expect to use half this amount.

And with guidelines recommending we reapply protection every two hours in the sun – and immediately after swimming – a six-hour stint on the beach would call for at least three applications, totalling 99ml per adult per day and 49.5ml per child.

That works out at 297ml to be used by a family of four each day.

Multiply that for a 14-day holiday and the figure reaches 4,158ml. Or 20.8 bottles during your fortnight in the sun, to be precise…

Very few of us get anywhere close to simply buying those quantities of cream – let alone applying them.

It’s no wonder Rhondda MP Chris Bryant – who underwent surgery in December for a stage-three melanoma – is calling on UK ministers to ditch VAT on sun cream.

A recent survey of 1,500 UK adults by cosmetic treatment specialists The Hospital Group, found 67% are seriously underestimating the amount needed to adequately protect us against cancer-causing, skin damaging UV rays.

The research revealed that, on average, we apply three teaspoons of sun lotion or less when pulling on our cozzie – the British Association of Dermatologists advises more than six teaspoons.

Nearly a third of those questioned did not apply enough to their face and neck – with one in seven using less than a quarter of a teaspoon.

And almost half don’t apply nearly enough sun cream to their legs.

So it’s no wonder more than half admitted to getting sunburnt on their last holiday.

Lauren Mackenzie, skin expert at The Hospital Group, says, “Skin cancer is one of the biggest killers in the UK, so it’s shocking to discover most people are seriously underestimating the protection needed and aren’t giving sun cream application the proper attention.”

Reapplication is vital too.

About 95% of sun creams tested by Which? over the past five years claimed to be water resistant – but surprisingly, the European industry guideline for water-resistant sun creams allows the SPF of a product to drop by 50% after 40 minutes in water, so anyone who assumes they are protected all day because they’re using a sports SPF should think again.

Around 16% of us are guilty of using sun cream just once a day on the beach, with only 25% reapplying at the recommended rate of every two hours.

A quarter of women are conscientious about this, against only 16% of men.

Sunscreen also really shouldn’t be the only line of defence against UVA and UVB damage.

“Spend time in the shade between 11am and 3pm, wear protective clothing and don’t forget to wear a hat that protects your face, neck and ears.” 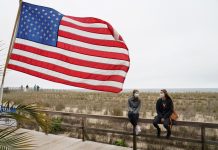