NEWSCABAL > lifestyle > This historic farmhouse with its very own moat is on sale for £600,000
lifestyle

This historic farmhouse with its very own moat is on sale for £600,000


If you want seclusion from your neighbours and the outside world, this historic farmhouse may be for you.

Grade II listed Parsonage Farm is an English Heritage scheduled monument. Godfrey and Barbara Kent originally bought the house in 1959 and it has been a part of their family since.

It is also thought to be built on the site of an iron age fort.

The property is ideal for those who love a good fixer-upper, as the house is in need of some renovation and updating. However, once remodelling is complete, it is believed the house could be worth £1.2 million pounds.

Parsonage Farm is situated in the village of Chrishall in Essex and the lucky owner can also enjoy an acre of land.

One of the most exciting and unique features of the property is the moat, which is up to 52ft wide in parts.

A brick bridge is in place so people can cross the moat to the house to the front, while an iron and wooden foot bridge connects to the back.

The moat and island are a scheduled monument, but the house on the island is not.

Inside, there is over 4,000 sq ft of accommodation over four floors.

On the first floor, there are four bedrooms and two bathrooms. The house also contains a cellar and two loft rooms.

Bruce King, director at Cheffins, said of the sale: ‘It’s a beautiful setting. The house is completely surrounded by the moat, you walk over the bridge to get to the house and walk over another to get to the far garden.

‘It’s a beautiful spot with lovely rolling countryside all around you and it’s really well placed for commuters. It’s one of those houses that’s going to attract a lot of attention.

‘There are various reasons it’s going to auction, one being so the buyer can ensure stamp duty relief before the end of June.

‘Once renovated it would be worth double the guide price, probably more.

Bruce continued: ‘It does need significant work done, a huge amount of TLC and there are attic rooms which you could convert.

‘It’s an exciting opportunity for the right buyer – with properties like these you’re never really the owner, just the next custodian in its history.

‘Parsonage Farm has been in the family a long time and needs a new family to take it on, bring it back into the 21st century and enjoy it.

‘It’s a unique opportunity really and we’re expecting a lot of interest.’

The property will be auctioned on June 9.


MORE : Farmhouse up for sale for £2million has its very own vineyard 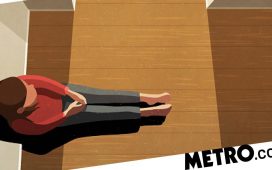 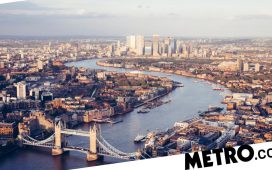 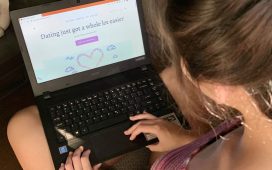