A THIRD wave of Covid-19 could already be underway in the UK as infections continue to rise in some parts of the country, experts have warned.

The next round of lockdown restrictions are set to be lifted on June 21 but an increase in cases has raised doubts that the relaxation will still go ahead.

Cases are still rising in areas where the Indian variant is dominant and the North West has seen a rise in infections in areas such as Bolton, Blackburn with Darwen and Rossendale.

In some areas, surge testing has been rolled out and increased vaccine capacity has also been deployed.

Data from Public Health England (PHE) shows that out of the 380 local areas in the UK 61 per cent recorded a week-on-week rise in Covid-19 case rates as of May 26.

A cases continue to rise in hotspot areas, one expert has warned that the UK could already be in the midst of a third wave.

Professor of European public health at the London School of Hygiene and Tropical Medicine, Martin McKee said: “We can already see that the current measures are not stopping cases rising rapidly in many parts of the country.

“This looks very much as if we are now early in a third wave,” he told The Guardian.

He added that “unless there is a miracle, opening up further in June is a huge risk”.

Prof Mckee said that the rise in cases that is currently being seen should mean the government is forced to reassess the most recent relaxation.

Prime Minister Boris Johnson has constantly stated that the government would look at “data not dates” when it comes to unlocking the nation and previously said that the nation would be mask free by June 21.

Some restrictions are still in place across the country such as mask wearing and the rule of six or of two households.

In some areas people have been advised to limit travel due to concerns around the Indian variant.

One expert said he was in favour of delaying the next set of lockdown relaxations, which would mean large events – such as weddings would be unable to take place with more than 30 people.

Prof Ravi Gupta of the University of Cambridge, a co-opted member of Nervtag said if things continue as they are then the NHS could be put under even more pressure.

He explained: “If things go as I think they are going to go, we will likely end up with a third wave. It will be a big wave of infections and there will be deaths and severe illness.

“It will put pressure on the NHS at a time when we are trying to get back to normal and it is going to require a redoubling of efforts from the government to step up vaccination and to look at boosting of waning [immune] responses.”

The comments come as one expert today from the Joint Committee on Vaccination and Immunisation (JCVI), said that ministers must have a clearer picture of the spread of the Indian variant before making any decisions about unlocking further.

Professor Adam Finn said that the easing of restrictions should be delayed for several weeks.

Asked about whether the unlocking was likely to go ahead, Prof Finn told ITV’s Good Morning Britain: “I think it’s unfortunate that everyone’s got this particular date in their head, because really what we need to do is understand how things are going and adjust accordingly.

“What we’ve done wrong in the past is left it too late and delayed making decisions, ultimately pushed them back and then ended up with large waves of infection.

“This time around, we should be cautious, wait to see what’s happening, and then let everyone free, if you like, once we know for sure that that’s safe and that we can do that without having another round of lockdowns and so on.”

Prof Finn also said there is a question mark over how fast the rise in Covid cases is going to be and how high numbers will go.

He told Times Radio: “In those circumstances we’d all be better off doing everything we can to minimise that risk so that we don’t get to a position where we have to really go backwards in terms of the restrictions that we’re all having to endure.”

Meanwhile, environment secretary George Justice today admitted that infection rates are “going up again” – plunging the next stage of unlocking into uncertainty.

The cabinet minister told BBC Radio 4’s Today programme: “The Prime Minister has said all along that he is going to take this one step at a time and will only make the judgment on the next step, on June 21, about a week before that.

“I think he is excepted to say something in a couple of weeks’ time on June 14.

“The rates are going up again slightly but from a low base and probably to be expected, given there are a significant number of younger people who are now out and mixing but haven’t had the vaccine – I suppose that is to be expected.

“But the right thing to do in a couple of weeks’ time is to assess that data before deciding what we can do.” 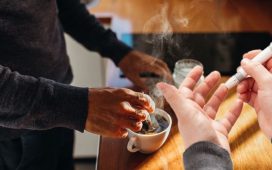 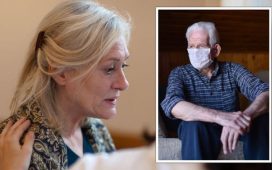