NEWSCABAL > world > ‘They stormed the ICU and beat the doctor’: health workers under attack
world

‘They stormed the ICU and beat the doctor’: health workers under attack


Since the pandemic began, healthcare workers have been venerated for treating patients with Covid-19, but they have also been attacked for doing their job.

Five doctors and nurses treating coronavirus patients, some of whom asked to be kept anonymous, recount their experiences.

‘A mob attacked and vandalised the Covid ward. I was devastated’

Since the beginning of the pandemic, we have faced resistance from patients and their families who don’t believe coronavirus exists. In November last year, when I was talking to a relative of a Covid-19 patient in a serious condition, I asked him to sign a permission letter allowing us to ventilate the patient. He started verbally abusing me. He said: “doctors can stoop to any level for money” and “doctors are intentionally killing Covid-19 patients for money.”

One family asked for the body of their relative who had died of Covid-19. We refused in accordance with WHO rules. I was filling out the file of a new patient when a mob of about 50 people attacked and vandalised the Covid ward at Jinnah Postgraduate Medical Centre in Karachi. They took the body outside the hospital but couldn’t find an ambulance to transport it. Security forces arrived and took control of the situation, handing the body back to us.

It was very difficult for us to make sense of what had just happened. I was devastated. In front of my eyes, they broke the glass at reception, threw important files on the floor and broke the computer. Some were carrying guns. All the female doctors were rushed to a room and locked in until security was called for help. There was about £24,000 worth of damage to the hospital.

After that, my family tried to convince me not to go to work, but obviously that is not an option.

‘They said I was part of a cult’

I was the first person in Brazil to get the vaccine. As soon as I had it, the attacks on social media began. People created several fake accounts using my profile on Twitter, Instagram and Facebook.

They started swearing at me, making up fake news about me, insulting my personal integrity. I had taken part in trials but received the placebo, not the vaccine. People said I was a con artist for accepting the Covid vaccine.

They started swearing at me, making up fake news about me, insulting my personal integrity

The racist insults were the worst. They said if they kept vaccinating monkeys, there wouldn’t be any vaccines left for human beings. They said I was part of a cult. There were so many curses. It was all on social media because they didn’t have the courage to say it to me looking at me in the eyes. I thank God this is not part of my daily life. I’ve never had any trouble in the hospital where I work.

I’ve been caring for Covid patients since the pandemic began. I have been working in hospitals for more than 30 years; this is the first time I’ve been in such a situation in terms of the number of deaths, the number of cases, and it getting worse all the time. It’s a new and sad experience. We are with patients in a very serious situation. There have been almost 500,000 deaths in Brazil. These people who attacked me don’t know anything.

The state is interfering with our Covid response in Myanmar. We procured thousands of vaccines to give to the public but the military took them all for themselves.

Forces are stopping us from providing treatment to Covid patients. A few days ago, we were notified of a Covid patient who was in respiratory distress at home. I dispatched a team to bring oxygen tanks to the patient. They were stopped on the way and asked to get out of the ambulance they were in and taken to the police station. An hour later, the patient died because of a lack of oxygen. He could have been saved had we been able to deliver oxygen and drugs.

They have no right to stop our healthcare because it’s purely a question of human rights and our ethical duty to save people’s lives.

‘One relative threatened to kill me’

I have been working as a nurse in a designated Covid health centre for a year. Although we faced many challenges last year, the second wave of Covid is unlike anything I’ve experienced.

At the beginning of May, we had a critical patient in the intensive care unit who was in desperate need of oxygen. There were shortages nationwide so we informed the family who were waiting outside the gates of the facility, that we were running out of oxygen and asked if they could they get any.

They panicked and stormed into the intensive care unit and began repeatedly hitting the doctor. They tore down the door. We were frightened because there is no security in the hospital. We told management and the police came for a day or two but no action was taken.

A few days later, another family forcibly entered the ICU and got violent with us when we tried to stop them and then demanded that we use the medicines they had found because they didn’t trust government medicines. One of them threatened to kill me. In the end we had no choice but to give the patient what the family demanded. These kind of incidents happen a lot but I have to do my duty amid all this fear.

‘It’s founded in ignorance; people think we are carriers of the virus’

I was walking my dogs one morning when I heard shouting. I turned around and someone threw bleach at me from a car. I was wearing my medical uniform so they could see I was a health professional.

They sprayed me with bleach in my eye, [on my] neck, and part of my shoulder. I got conjunctivitis in my eye but fortunately I managed to wash it in time so it didn’t cause major problems. I couldn’t see who attacked me because I had bleach in my eye. My vision clouded over and it burned. I know they were in a car but that’s it.

This type of attack against healthcare staff is reprehensible. I’ve heard news of other doctors who have been injured. I think it’s founded in ignorance; people think that we are carriers of the virus but we’re not. We are there to help people. Unfortunately, we are living in a crisis where there is a lot of fear, panic and uncertainty, but this is a time when we need to come together. 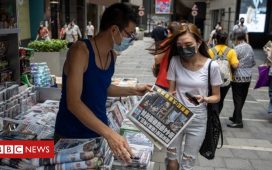 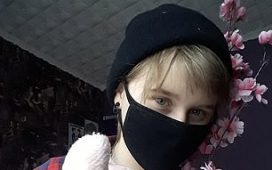 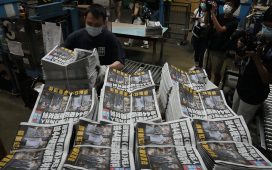 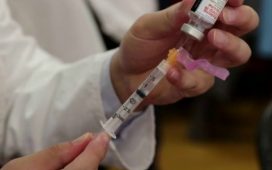