Want to have better sex?

The key isn’t just knowing what you like, but also communicating that to a partner.

Sure, you can show, rather than tell, but sometimes you just want the person you’re having sex with to know that what really works for you is touching this particular spot in this particular way at this very specific angle.

So a shorthand can come in handy – as well as some ideas on the techniques that tend to work a charm.

This new study from the Indiana University School of Medicine and OMGYES delivers both.

Researchers gathered information from 4,270 women from around the world and analysed this data to see if there were any patterns. Then, they surveyed 3,017 American women, aged between 18 and 93, for more information.

Through this, they discovered four specific techniques that women use to increase pleasure from vaginal penetration.

‘For the first time, we have detailed scientific data to understand the different ways that women experience more pleasure with vaginal penetration,’ said Dr Devon Hensel. ‘This information can help us build a vocabulary to describe female pleasure that currently doesn’t exist.’

Dr von Hippel further explains why these findings are important, commenting: ‘When something doesn’t even have a name, it’s made literally unspeakable.

‘Until now, there haven’t been words for the specific ways women improve their pleasure.

‘By giving these prevalent techniques names and showing how they can be effective, we hope women will be empowered to explore what they like and advocate for what they want, in and outside of the bedroom.’

Sounds good to us. So, are you ready to break down those four techniques?

The study found that 76.4% of women make penetration more pleasurable by rocking the base of a penis or sex toy so it rubs against the clitoris constantly during penetration, staying all the way inside the vagina rather than thrusting in and out.

This is a great way to increase pleasure as it focuses on clitoral stimulation – essential when you consider that the majority of people with vaginas cannot orgasm through penetration alone.

87.5% of women experience more pleasure during penetration by angling which involves rotating, raising, or lowering the pelvis/hips during penetration to adjust where inside the vagina the toy or penis rubs, and what it feels like.

This might require some experimenting to work out what angle feels best. Get out those protractors.

This basically means when you don’t leave your pleasure entirely up to your partner, but get involved manually.

69.7% of women find penetration more pleasurable when pairing, where a woman herself (solo pairing) or her partner (partner pairing) reaches down to stimulate the clitoris with a finger or sex toy at the same time as the vagina is being penetrated.

It’s not all about going deeper.

The research found that 83.8% of women orgasm more often or increase their pleasure through shallowing, meaning penetrative touch just inside the entrance of the vagina with a fingertip, sex toy, penis tip, tongue or lips.


MORE : This guide to all things vagina wants to close the orgasm gap


MORE : The Sex Column: ‘Do I want more than texts from a lockdown friend?’ 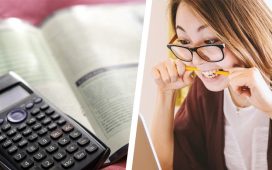 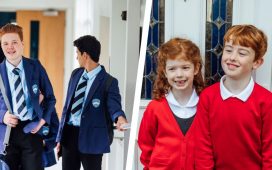 The debate for and against school uniform