THE UK’s best companies to work for have been revealed, including Nando’s, Apple and O2.

A survey of workers found that the popular brands were among the top 50 employers in the country.

AND Digital, a UK-based tech firm, was the runner up, and its workers said the firm had a “genuine desire to put people first and look after their wellbeing”.

In the third and fourth spots were another software group – Salesforce – and Immediate Media Company, which publishes magazines like Radio Times and BBC Good Food.

Staff at the former said they had “endless avenues to grow”, while the publisher’s employees said they work in a “caring and supportive environment”, according to the Glassdoor survey.

Abcam, a science supplier, came in fifth, followed by US management consultancy McKinsey & Company and Adobe.

Nando’s and O2 also made the list of the top firms in the UK for employee experience – coming in at 34th and 49th respectively.

Other well-known firms in the top 50 were Microsoft, Hitachi, Mastercard, Dell, Google and Ocado.

Apple, Diageo, The Gym Group, Oliver Bonas and Octopus energy are among other big names that employees said were good bosses.

Christian Sutherland-Wong, Glassdoor chief executive officer, said: “The world of work is rapidly evolving, fuelled by the pandemic and now millions of workers re-evaluating their expectations of employers.

“This year’s Best Places to Work winners are leading the way by listening and responding to employee feedback and reimagining the employee experience to truly put their people first.”

Which firms are in the top 50?

The Sun spoke to a recruiter last month who shared her top tips on securing a new job or pay rise in 2022.

She said the most common concern people have is that the market is so competitive, they don’t know how to stand out.

Looking for a new role? Check out our round-up of the well-paid jobs you don’t need a degree for.

I went to a job interview, when they asked what my biggest weakness was I said insects 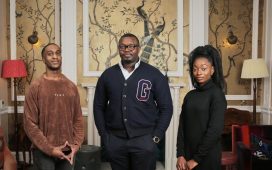 Skill Up Step Up: Fourth partner joins our campaign to help young unemployed as more than 150 jobs pledged 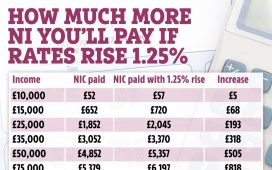 National insurance increase: how much extra will I pay and when does the rate change?

From tackling tricky boss to resigning – kick-start your work life