Theresa May has defended her Chequers plan for Brexit as a way to avoid a “chaotic” departure from the EU, as David Davis described it as a “profoundly dangerous” policy that would leave the UK as a rule-taker from Brussels.

In his most direct challenge to the prime minister since quitting as Brexit secretary just six days ago, Mr Davis wrote in the Financial Times that Mrs May’s “halfway house” plans jeopardise the opportunities offered by leaving the EU.

The proposals agreed by the cabinet earlier this month at Chequers, the prime minister’s country residence, would raise questions over whether the UK was still a “functioning democracy”, he argued. “British democracy is now at stake.”

But in an interview on BBC’s The Andrew Marr Show on Sunday, the prime minister defended her Chequers compromise, saying that earlier proposals had been dropped because the EU had told the government they were “non-negotiable”.

Mrs May also revealed on Sunday that Mr Trump had even suggested she take legal action against the EU. “He told me I should sue the EU. Not go into negotiation, sue them,” she said.

The white paper envisaged a deal with the EU whereby Britain would keep regulatory alignment with Brussels on goods while having more flexibility on service industries. The idea of a common rule book — which is anathema to many Eurosceptic Tory MPs — been “in gestation for some time”, Mrs May admitted.

Mr Davis’s criticism comes just days after Donald Trump, the US president, attempted to roll back comments that Mrs May’s plan could “kill” prospects for a US-UK trade deal.

Mr Davis insisted Mr Trump had been correct to warn the UK over its plans.

“Under this plan . . . Britain would have to obey EU regulations, follow EU rules on how all goods are made and on a huge range of interconnected areas such as competition and state aid,” he wrote. “As Donald Trump aptly pointed out, it would ‘kill’ the prospect of a US-UK deal.”

Mrs May insisted that her plan allowed Britain to avoid a “chaotic” departure from the EU that would damage the economy.

“The benefits this proposal brings are that it enables us to have friction-free trade, for all those people whose lives depend on integrated supply chains, on just-in-time processes, this protects those jobs,” she said. “And on the other side it allows us to do trade deals on the other side of the world.”

The prime minister said the policy — which still needs agreement from the EU — would solve the Northern Ireland border issue and represented a “good deal for the UK”. But she still believed that no deal was better than a bad deal.

She also acknowledged that many in her party and among the wider public were sceptical of her plans.

“I have voices on all sides: there are hundreds if not thousands of different views that people have on what we should be doing,” said Mrs May. “Let’s just keep our eyes on the prize here: the prize is delivering leaving the EU in a way that’s in our national interests.”

The prime minister has endured a torrid week which began with the resignations of Mr Davis and Boris Johnson, former foreign secretary, last Sunday night and Monday afternoon respectively. On Thursday she published her Brexit white paper— an opening position ahead of final negotiations with Brussels — which was criticised by the most hardline Tory Eurosceptics.

Mr Davis has signalled that he will lend his support to the European Reform Group, Eurosceptics led by Jacob Rees-Mogg who will this week vote against the government on four amendments to the trade bill. The former Brexit secretary is expected to back one ERG amendment that seeks to legislate to prevent a customs border in the Irish Sea.

In his opinion piece in the FT, he warned that without control over goods London will lack the “crucial leverage” to open up the export of British services to the rest of the world: “The chance to become a credible trading partner will be compromised and we will be unable to strike free trade deals.”

This was not an arcane technicality, he wrote: “It would mean that the UK is simply not running its own economy. How laws are made is also a central indicator of whether we have a functioning democracy. If parliament determines laws, we have one; otherwise, we do not.” 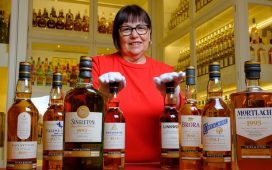