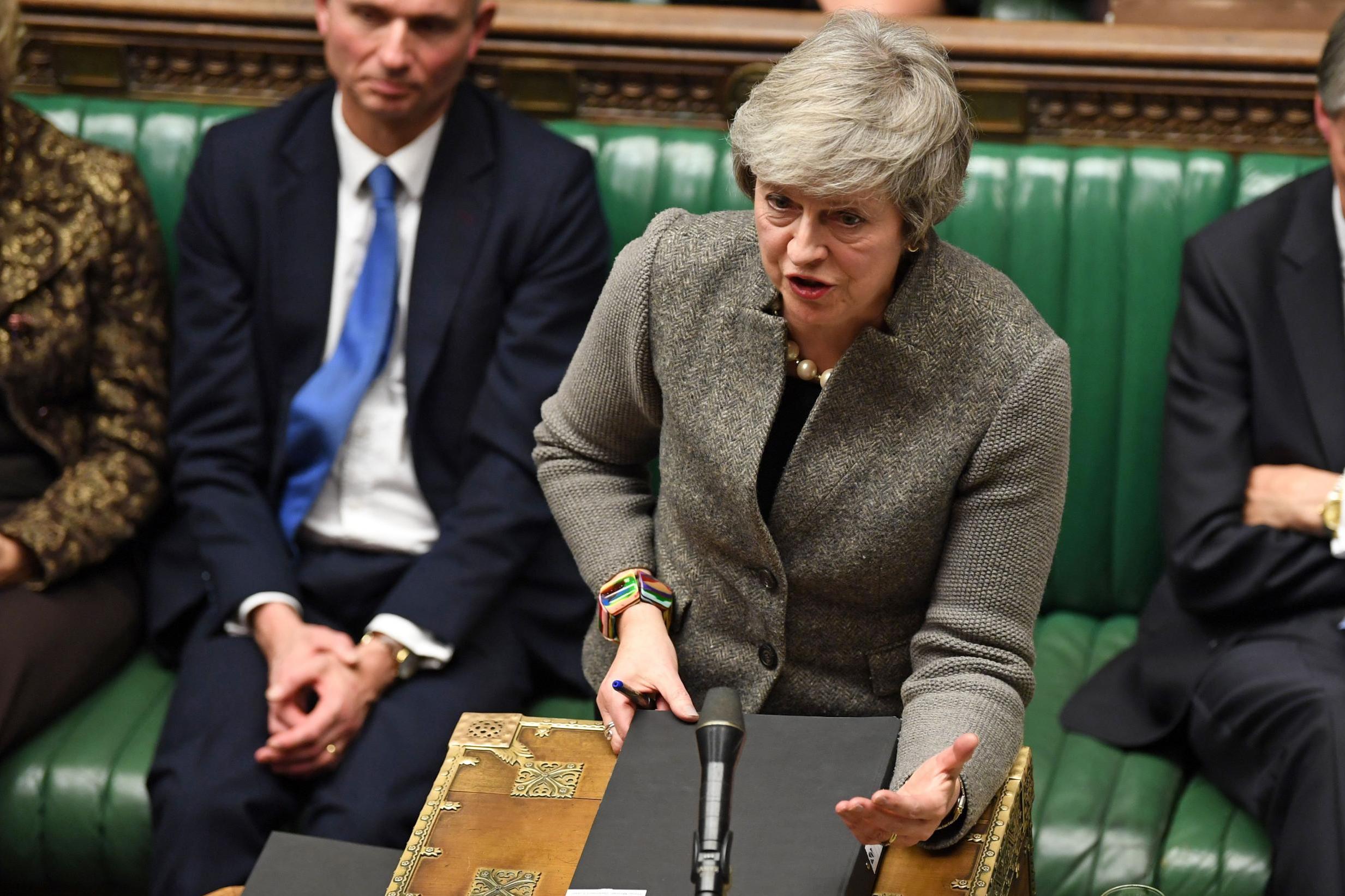 Theresa May has dared Jeremy Corbyn to call a vote of confidence in the Government.

The Labour leader last night announced plans to table the long-threatened motion in a day of drama at Westminster.

It comes after the Prime Minister set out the timetable for MPs to pass judgment on her Brexit deal with Brussels in January.

But the vote faced being opposed by Theresa May’s opponents in her own party and the DUP.

And the Government would also have to allow Commons time for the potential confidence vote to take place this week.

Mr Corbyn’s action is likely to end up being meaningless as a debate on the motion would have to be allocated by the Government itself.

A Down Street source said on Monday night: “We won’t allow time for what is a stunt.”

The Labour leader’s remarks came after Mrs May said MPs would finally have the chance to decide on her Withdrawal Agreement when Parliament returns after Christmas.

The vote will take place in the week beginning January 14.

Mrs May, who suffered another bruising session in Parliament as unhappy MPs from all sides lined up to attack her handling of Brexit, said: “It is now only just over 14 weeks until the UK leaves the EU and I know many members of this House are concerned that we need to take a decision soon.

“I can confirm today that we intend to return to the meaningful vote debate in the week commencing January 7 and hold the vote the following week.”

The Prime Minister had pulled the vote on Tuesday last week as she faced a humiliating defeat. On Monday, she threatened MPs with the possibility of a no deal Brexit if they reject her plans next month.

“Avoiding ‘no deal’ is only possible,” she said, “if we can reach an agreement or if we abandon Brexit entirely.”

Mr Corbyn told Mrs May: “A responsible prime minister would, for the good of this country, put this deal before the House this week so we could move on from this Government’s disastrous negotiation.”

He said it was “unacceptable” to delay the vote and confirmed he was tabling a motion “that this House has no confidence in the Prime Minister”.

The wording of the motion, targeted at Mrs May rather than the Government as a whole, would not trigger the process set out under the Fixed-term Parliaments Act which could eventually lead to a general election.

But Labour said it was clearly a confidence motion and should be allocated time for debate by the Government.

A House of Commons spokesman said: “By established convention the Government always accedes to the demand from the Leader of the Opposition to allot a day for the discussion of a motion tabled by the official Opposition which, in the Government’s view, would have the effect of testing the confidence of the House

May in Commons walkout as Corbyn tables no confidence motion


“It will be for the Government to determine whether to schedule time for debate on this.”