The Brexit Party leader used a newspaper column to stage the blistering intervention on the day Theresa May announced plans to bring her beleaguered tenure to an end. The UK’s second woman Prime Minister delivered an emotional address on the steps of Number 10 shortly after 10am on Friday. Her speech, like her premiership, ended in tears as she revealed she will leave office on June 7.

After Friday’s announcement Mr Farage was quick to offer a cutting examination of Mrs May’s time at the nation’s helm.

Writing for the Daily Telegraph the former Ukip leader opened by striking a conciliatory tone.

He said: “It is important to state that it’s impossible not to feel sorry for her.

“She is a dedicated public servant with a clear sense of duty.”

READ MORE: Tory frontbencher ‘yet to make his stand’ will ‘impress’ in PM bid

However his words of respect were swiftly followed by a damning assessment of Mrs May’s lasting impact on the country.

The outspoken Brexit champion penned: “With that said, however, the brutal truth is that Mrs May’s legacy is one of failure.

“The Conservative Party is split; Parliament is in paralysis; the country is jaded. All roads lead back to her.”

Despite Mr Farage’s analysis, an emotional Mrs May on Friday insisted she had “done my best” to deliver a Brexit deal as she was watched by husband Philip and her closest aides.

Speaking on the steps of Downing Street, Mrs May said she had done “everything I can” to gain support for her Brexit deal, but said it is now in the “best interests of the country for a new Prime Minister to lead that effort”.

See also  Brexit vote RESULTS: How close were the votes in SHOCK no deal Brexit rejection?

She said: “So I am today announcing that I will resign as leader of the Conservative and Unionist Party on Friday 7th June so that a successor can be chosen.

“I have striven to make the UK a country that works not just for a privileged few but for everyone and to honour the result of the EU referendum.”

After Mrs May admitted she had failed to deliver her party’s cornerstone policy during her tenure, Mr Farage noted the failure to deliver Brexit was not solely the blame of the Prime Minister, as he argued: “Tory MPs must take a share of the blame”.

But he added he believed Mrs May “never believed in Brexit”.

He said: “Mrs May’s principal problem is that she never believed in Brexit.

“As starting positions go, this made her totally unfit for the task she faced.”

He also laid the blame for the Brexit impasse squarely at the door of “bully boy” EU bureaucrats.

He said: “This was the toxic background to her dealings with EU bully boys like Jean-Claude Juncker and Michel Barnier, two men whose overriding desire since 2016 has been to reduce the UK to the status of an EU colony.”

Echoing the sentiments of his Brexiteer allies Mr Farage suggested the Prime Minister should have employed a Cabinet of Brexit-backing MPs.

He said: “Had Mrs May had the grit required to oversee Britain’s clean withdrawal from the EU, she would have appointed a cabinet solely of Brexiteers in order to act upon the instruction delivered by the people in the referendum.

“In trying to keep both sides happy by having a cabinet of Leavers and Remainers, she ended up pleasing nobody – least of all the voters.”

The popular Brexiteer was unequivocal in his conclusion of Mrs May’s premiership, writing: “In my opinion, Theresa May has been the worst Prime Minister in Britain’s history.

“She completely misjudged the mood of the country.

“Her successor will fare no better unless they vow to take the UK out of the EU by 31 October.” 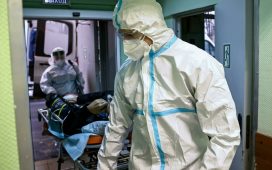 Covid may have killed over 180 thousand health care workers, says WHO 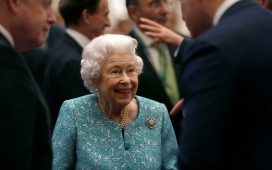 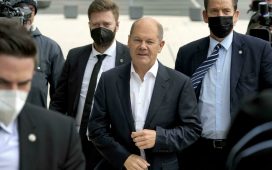