‘There’s a lot to unpack’: the dark, difficult life of Rick James


In the jarring new music documentary, Bitchin: The Sound and Fury of Rick James, we see a star torn in half. On the one hand, there’s the Rick James who created some of the most popular, distinct and outrageous funk music of the late 70s and early 80s. On the other, there’s a man so lost to his desire for sex, drugs and recognition that his life became an obstacle course laced with landmines. “Rick set up a situation where it would be tough not to have a bad outcome,” said the film’s director, Sacha Jenkins. “It could not have been easy to be Rick James.”

Similarly, it could not have been easy for Jenkins to fairly balance the story of someone whose creativity and joy came spiked with so much darkness. At its most fascinating, James’s life brought him into the orbit of an incredible list of top musicians, including Levon Helm, Neil Young, Joni Mitchell and Jim Morrison. At its most harrowing, his life involved either instances or accusations of child abuse, underage sex, kidnapping, rape, torture and drug running. “There’s a lot to unpack with Rick James,” Jenkins said. “But once you do, the man he became starts to make sense.”

To help that happen, the film includes interviews with his daughter, Ty James, his second wife, Tanya, his manager, as well as members of his adroit group, the Stone City Band. They, along with some surprisingly self-aware voiceover quotes from James himself, round out a story rooted in Buffalo, New York, in the 1950s. It’s a place the musician’s brother describes in the film as “one of the most racist cities in America”. Born James Ambrose Johnson Jr to a family with eight kids, his father split by the time he was 10. To support the family, his mother had an illegal business running numbers. “Rick was introduced to vice at a very early age,” said Jenkins.

At the same time, he was introduced to a lot of important music. His mother let him tag along when she went to nightclubs where jazz stars from Thelonious Monk to Miles Davis played. Though James had no formal musical training, he taught himself to play as a kid. Music interested him far more than school, which he ditched by the time he reached his mid-teens. By then, he was into drugs and petty theft. The latter led to several stints in jail. In 1964, James was drafted for the war in Vietnam but he went awol, fleeing to Toronto, Canada. That’s where his uncanny ability to meet key people began. Upon his arrival in town, he was attacked by a bunch of drunks but the guy who came to his rescue just happened to be the future drummer of the Band, Levon Helm. James ended up performing with Helm’s group of the time and soon he became part of a local music scene in Toronto that featured future stars Joni Mitchell and Neil Young. Changing his name to James to avoid detection by the US military, he formed a band with Young called the Mynah Birds. The group included another future member of Buffalo Springfield, bassist Bruce Palmer, as well as Nick St Nicholas, later of Steppenwolf. The Mynah Birds got signed to Motown, despite the fact that their mix of rock, folk and soul, which included songs co-written by James and Young, sounded nothing like the work of the label’s other artists. Clips of the Mynah Birds on YouTube show James singing in a style that could recall a young Mick Jagger. “At heart, Rick was a rock’n’roller,” Jenkins said.

Unfortunately for James, an associate of the band ratted him out to the military, resulting in a stint in jail and the demise of the Mynah Birds. After serving his time, James headed to LA where he ran with folks like Stephen Stills, Jim Morrison and Jay Sebring, the hairdresser-to-the-stars who was among those slaughtered at Sharon Tate’s house on the night of the Manson murders. (James was invited to the house that night but was too tired to go.) Given his connection to such a crazy array of history, Jenkins describes James as “the Forrest Gump of funk. He was everywhere. And people were happy to have him because he was a cool black dude who knew good music. There weren’t a lot of brothers who were into bands like Buffalo Springfield back then. In that sense, he’s more like kids of color today, whose influences are really broad.”

Though James had several promising bands at the time, none excited the major labels enough to sign them, so he resorted to drug running to survive. It wasn’t until he was 30 years old, after more than a decade of failed attempts, that he found his sound. James formulated it back in Buffalo with some local musicians he dubbed the Stone City Band, taking inspiration from the undulating funk of George Clinton. “Rick took the music in his own direction,” Jenkins said. “He mixed disco with funk.”

James’s first three albums, starting with 1978’s Come Get It, presented a tightly focused sound and image, based on highly danceable party anthems with lyrics that preached a credo of unfettered hedonism. The album even included a love song to marijuana, Mary Jane, making James a stoner icon. At the same time, his music contained elements of progressive jazz and boasted a musicality lost on some. The result resonated primarily with Black audiences, who made his albums into gold hits. In 1980, James’s fourth release, Garden of Love, deepened his perspective by including love songs as well as a track, Big Time, that telegraphed his fear of the very indulgences of stardom that wound up taking him down. At the same time, he lusted after just that level of fame. He finally achieved it in 1981 with the mega-hit Super Freak, a new wave-infused dance cut designed to appeal to white audiences. Ironically, the album that contained the hit, Street Songs, contained James’s most socially aware songs, with lyrics that spoke of the ghetto life of his youth. The result proved that he was more than just a purveyor of party music. His mega-success also allowed him to serve as a producer of other acts, creating hits for the Mary Jane Girls, Teena Marie, the Temptations and others. In the film, James wryly explains why he wrote so well for female artists. “I’ve been such an asshole to them,” he said, “I can reverse and write from their point of view.”

By the time his daughter, Ty James, met him, he was living the high life in every sense. Her mother had taken away his two children, including Rick Jr, when they were kids, cutting off all contact due to his uncontrollable behavior. While the musician lived in luxury, they barely scraped by in the roughest part of LA. Only an amazing coincidence, detailed in the film, reunited the kids with their dad. “It was a real culture shock,” Ty James said to the Guardian of her first meeting with her father. “We didn’t own a car and, when Rick came to pick us up, it was like, ‘Do you want to ride in the Rolls-Royce, the Mercedes or the Excalibur?’”

More jarring still was the lifestyle James led. Ty would regularly wake up to find women passed out all over the floor after being up all night partying with her dad. “It’s an uncomfortable feeling,” she said. “But it almost seemed like normal life after a while.”

Despite his inability to parent, Ty has warm things to say about her father. “I was Daddy’s girl,” she said. “We had a lot of fun and would just hang out. At the same time, I became the parent. I would be on guard all the time to be aware of who was bringing drugs into the house,” she said.

In one incident, the star threw an object at Ty, cutting her badly enough to send her to the hospital. Yet, she forgave him because, even as a teenager, she understood that “it’s virtually impossible to stop an addict,” she said. “It’s a physical addiction.”

Beyond drugs, James was also addicted to sex. An endless stream of women turned up at his place for decades, though he did marry a second time – to Tanya who was, at the time, the same age as his daughter: 17. (James was then 39.) Due to his treatment of women in general, many people today might consider James a misogynist. Jenkins prefers to describe him as “a man of his time. Rock’n’roll back then was extremely misogynist. How do you have judgment on a man who was reflective of his time?”

Even within that time frame, however, James’s expressed attitudes put him in frequent conflict with others, including his record company and other stars who he saw as threats. He bitterly resented Prince’s rise in the 80s, believing he stole his act, and he initially detested MC Hammer’s song U Can’t Touch This, which fed off the riff from Super Freak. (His attitude changed dramatically when huge royalty checks started pouring in.) When James’s own albums stopped selling well by the late 80s, he blamed the record company rather than his own waning creativity, caused by drug use. An incident in which he threatened a Motown executive led the label to redirect its promotional dollars to Lionel Ritchie rather than James. His nadir arrived in the early 90s when he was convicted of various crimes stemming from two incidents of kidnapping and torture of women, leading to a sentence of three years at Folsom prison. While he later had some mild comebacks, in 2004 James died of heart failure at age 56.

The sad legacy of addiction continues in James’s family. Rick Jr also became drug-dependent. The reason he doesn’t appear in the film is because he is currently serving a 17-year sentence for what Ty describes as “a variety of misdemeanor charges”.

As hard as all this has been for Ty to accept and recount, she has no intention of sugar-coating the more troubling parts of her father’s life. In fact, she is planning two projects of her own based on the full arc of his life, including a biopic and a theatrical musical. She hopes all these representations encourage viewers to see James in a fully rounded way. “Nobody is perfect and I’m sure he will have to answer to God at the end of the day,” she said. “But my father was a genius and if you can’t acknowledge his contribution to music, and to culture in general, then shame on you.”

See also  Hiker fights off a bear by biting off part of its TONGUE in Russia
Share on FacebookShare on TwitterShare on PinterestShare on Reddit
newscabalSeptember 2, 2021 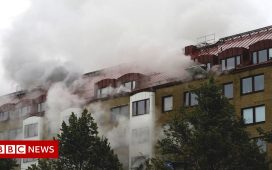 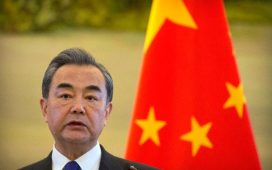 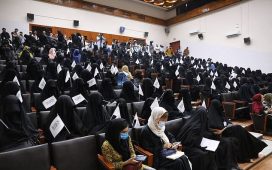 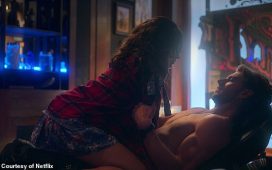