NEWSCABAL > europe > 'There is no vaccine war': EU ambassador to UK
europe 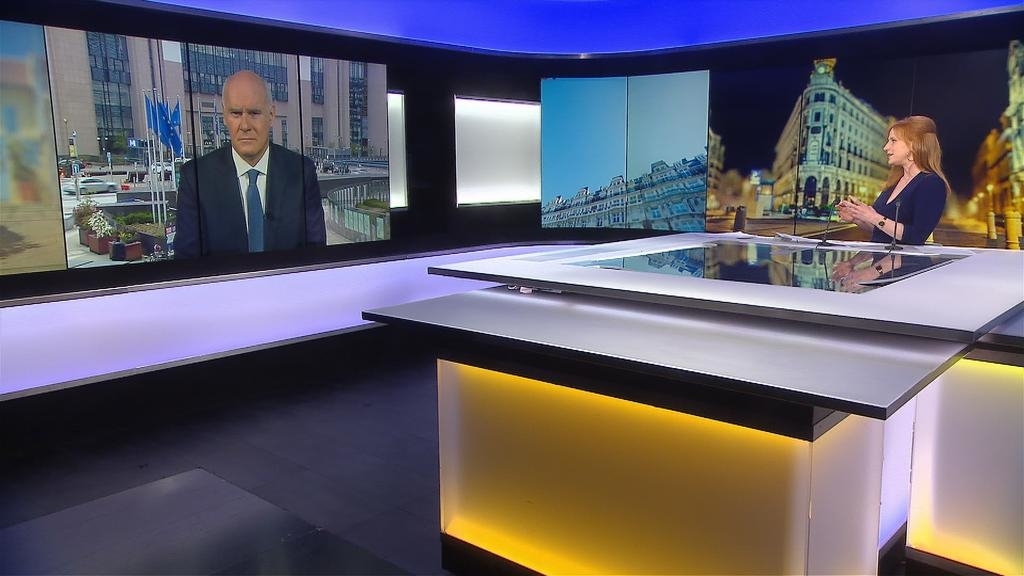 Talk of a “vaccine war” between the European Union and the United Kingdom is totally untrue, says the EU’s ambassador to the UK. João Vale de Almeida tells FRANCE 24 “our common enemy is the virus” and that the EU is still the biggest exporter of Covid-19 vaccines in the world, despite agreeing recently on a mechanism to block vaccine exports in some circumstances. That mechanism had prompted British Foreign Minister Dominic Raab to accuse the European Union of “brinkmanship”.

But Ambassador Vale de Almeida insists that the UK is on track to achieve its vaccination goals and “that’s good because you’re only fully protected if your neighbours are fully protected. So a success in the UK is good for us”.

After a recent unilateral move by the UK government to extend the “grace period” for checks on certain goods sent from Great Britain to Northern Ireland, Ambassador Vale de Almeida says the EU is committed to finding practical solutions to issues raised by the Northern Ireland Protocol: “We need to find them in a consensual way with our British friends, not unilaterally as sometimes the British government has opted for.”

The Ambassador brushes aside concerns about the British government choosing not to give him full diplomatic status and immunity – the only administration in the world to do so: “Our focus is on the quality of our relationship. I believe that even after divorce, the UK and the EU have a lot in common.”

With just over two months to go for European Union citizens resident in the UK to register for “Settled Status”, Ambassador Vale De Almeida appeals to all EU citizens to ensure they have made the necessary applications and admits that nobody knows exactly how many people are affected: “Not all of them are registered in consulates, the United Kingdom has no formal system of registration either. Our main concern now is elderly people, children and some groups of the population that are a little outside of the mainstream and may not be fully connected.”

Finally, on the day that HRH The Duke of Edinburgh was laid to rest, the Ambassador pays tribute on behalf of the European Union: “We join our British friends in mourning Prince Philip and wishing the best to the family, in particular to Her Majesty.”

World weatherwatch: flash flooding in Afghanistan, as Europe warms up