NEWSCABAL
NEWSCABAL > politics > There are solutions to the housing crisis, but none of them are Tory | Polly Toynbee
politics

There are solutions to the housing crisis, but none of them are Tory | Polly Toynbee


Enjoy the schadenfreude as angry Tories lacerate their party for losing the Chesham and Amersham byelection. The defeated candidate, Peter Fleet, bitterly lashes out at “the appalling state of our local roads” – though Tory Buckinghamshire is a low-spend, low-tax county and his Tory government halved all council funding.

Enjoy the contradictions as Fleet says local Tories “want to hear more about traditional Conservative values” that “restore fiscal discipline”, fearing “a return to a bloated public sector” which stifles private enterprise and “demands ever higher taxes”. Telegraph letter-writers pile in with every favourite gripe explaining the defeat: “the expensive vanity project that is HS2”, “over-the-top Covid laws” and “inaction over illegal cross-Channel migration”.

But one issue stands out, “relaxation of the planning laws”. The Lib Dems kept pummelling that bruise in leaflets bearing Theresa May’s warning against “the wrong homes being built in the wrong places”. Labour leapt in with an opposition day debate today, calling for the restoration of councils’ and local people’s right to object to planning applications.

Chesham and Amersham’s voters may possibly be nimbys but that doesn’t make them wrong on this. Under the planning proposals, every bit of the nation’s land would be zoned as for “protection” (national parks), “renewal” (a presumption in favour of developers) or “growth” (anything goes). Vast areas marked “growth” could be built on with no planning permission. As long as developments keep to broad limits, such as height, the market is let rip.

Yet the prime motivation for this planning free-for-all was extreme free-market ideology. Prof Danny Dorling describes this Tory ideal: “Free the market and it always fixes everything.” Planning – the very word redolent of the Soviet state or 1945 Attleeism – was their great hate, even though nine out of 10 planning applications are approved. And the law demands most get consent within eight weeks, big developments in 13 weeks. Developers not planners are the blockage, with permission given for 1.1m homes that have never been built, as developers earn more by reselling sites at a profit.

Reasons for the housing crisis are many: there are 200,000 long-term vacant dwellings in England, and more than 1,600 in Kensington at the time of the Grenfell Tower fire. Yet there is no physical housing shortage. Dorling finds more bedrooms per head than ever before: “London has more bedrooms than people, even if no one shared a bedroom.” But one great underlying cause is this government’s need to keep house prices rising. “Governments fall if prices fall,” he says.

A country addicted to rising prices is pushing home ownership further from the young; but trying to correct it makes things worse. Help-to-buy for first-timers added 10% to prices. Together with the stamp duty holiday, Dorling finds the government is spending £25bn to prop up prices over the next three years. (He expects there to be a crash.)

The £17bn spent on housing benefit inflates prices by encouraging landlords to buy more, their rents guaranteed by the state. The demise of social housing sits right at the heart of the housing catastrophe – right-to-buy cutting it to just 17% of homes in England, with only 6,287 new social homes built in 2019.

Politically, the government is a nest of impossible contradictions. Market theology says all but abolishing planning controls will build so many houses that prices will fall. But developers already refuse to flood the market. Besides, the Tories need house prices to keep soaring. An opposite imperative to gerrymander makes Johnson want to “build, build, build” to create more Tory-voting homeowners in the right places, for fear of the non-homeowning young turning anti-Tory. But his rebellious MPs and voters resisting this planning free-for-all means he will have to pull back: forget his promised 300,000 homes a year.

There are solutions, but none of them are Tory. Make renting fair and secure; tax property fairly; make developers sell land banks; and let councils build, so housing-benefit rents create assets.

This debacle shines a light on the value of planners: why are so many Dutch, German and French towns so well cared for? Because their planners have powers to make landlords clean up, while half our planners have vanished in council cuts and their powers are meagre. Chesham and Amersham may signal local communities taking back control – but that can’t allow nimbys to block affordable housing where the jobs are.

Looking for creative solutions? Prof Tony Travers points to Surrey’s golf courses, which occupy more land than all the county’s housing – enough space for all London’s housing needs. In the end, there is no housing crisis, just the same old unwillingness to share more fairly: good planning is the answer, not the obstacle.

See also  Nicola Sturgeon survives vote of no confidence in leadership
Share on FacebookShare on TwitterShare on PinterestShare on Reddit
newscabalJune 21, 2021 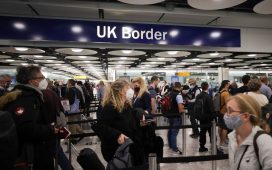 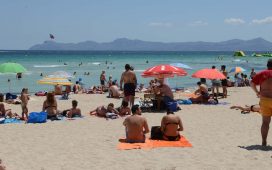 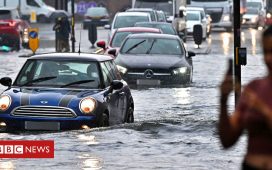