In an open letter, published as a full-page advertisement in the Age newspaper on Thursday, the group of 25 organisations lashed the state government’s policy.

“This new tax means the world’s manufacturers are far less likely to send Victorians their best, most affordable, zero emissions vehicles,” the letter states. “That makes things much harder for Victorian families who want to buy and drive electric.”


© Photograph: Jens Schlueter/AFP/Getty Images
‘If you want to achieve net zero by 2050 you need to have 100% of vehicle sales electric by 2035.’ The Electric Vehicle Council and a group that includes car manufacturers has condemned Victoria’s proposed EV tax.


The signatories include Hyundai, Volkswagen, Uber, Jetcharge, the Clean Energy Council, Solar Citizens, Doctors for the Environment Australia and the Australia Institute.

When introducing its plan to make electric vehicle drivers pay by the kilometre, the Victorian state government said it was about ensuring a fair contribution towards paying for road use, because they weren’t paying the fuel excise.

The user-pays system will require drivers to keep a logbook of their travels from July that will then be used to calculate a charge of 2.5 cents/km to be paid when they renew their registration. Records will need to be kept for five years and people who fail to produce records may face charges.

Critics say introducing the policy when the take-up of electric vehicles in Victoria is currently just 0.7% will kill the market before it has the chance to become established.

Michael Bartsch, the managing director of Volkswagen Group Australia, described the proposal as an “anomaly”.

“Volkswagen does not ask for incentives to import zero emissions vehicles, rather for the abandonment of such disincentives as this ill-conceived anomaly of a tax,” Bartsch said.

Bartsch told the ABC earlier this week that Australia was “a Third World dumping ground in terms of automotive technology” thanks to its lack of sound policy in the area.

Behyad Jafari, the chief executive of the Electric Vehicle Council, said if the tax passed parliament it would make Victoria a “national pariah” on electric vehicle policy.

“For them the argument is one of political expediency,” Jafari said. “There will come a point where these sorts of charges make sense, but the state government is worried about trying to sell a tax to a large group of people down the track. It will be difficult, they say, so why not sneak it in now and get people used to the idea?

“To that we say political expediency shouldn’t get in the way of what you are trying to achieve as a government. If you want to achieve net zero by 2050 you need to have 100% of vehicle sales electric by 2035. That’s just to achieve their own targets.

“So they need to be honest. Either they want to achieve that or they don’t.”

CO2 emissions from cars on Victoria’s roads have risen by 18.4% since 1990. Replacing every car on the road with an electric vehicle would cut 27m tonnes of greenhouse gas emissions by 2046.

There also appears to be strong community support for electric vehicles.

In early April, the independent advisory body Infrastructure Victoria released the results of a month-long workshop with 211 people which found at least 70% of participants supported ending the sale of cars with petrol engines by 2030.

Richie Merzian, the climate and energy program director at the Australian Institute, said the tax showed how a lack of leadership by the federal government was seeing states go it alone and risk undermining the transition to a zero carbon economy.

“There’s a real mish-mash in approaches to electric vehicles. You have the ACT, which is waiving stamp duty, that is lowering rego, which is giving out $15,000 no-interest loans and allowing EVs to use bus lanes in some places,” Merzian said.

“Then within a few hours’ drive, you’re going to have the opposite. What that means for Victoria is there is far less likelihood that car manufacturers will set up shop, invest or companies will base themselves or launch their products in Victoria.

“It also means Victoria will be double dipping when it comes to their fuel excise revenue.”

Merzian said it was “somewhat disingenuous” to suggest that roads were funded by the fuel excise because those funds collected by the federal government went towards general revenue.

Related: EV battle heats up in Australia with plan to sell affordable Chinese import for $35,000

Thanks to the patchwork of inconsistent state and federal policy initiatives, electric vehicles will account for just 18% of all new vehicle sales in Australia in 2030, according to analysts at BloombergNEF.

The Senate economics references committee on Thursday will review a private members bill put forward by Victorian Greens senator Janet Rice that proposes Victoria – and any other state that targets electric vehicles with a tax – forfeit GST revenue equal to the money raised by the measure.

“This hearing is the first opportunity for public scrutiny of a state EV tax at the federal level, and what the national implications would be if Victoria moves ahead in implementing this backwards policy,” Rice said.

“It also reflects both the lack of transparency and concrete national EV plan from the Morrison government.

“All other developed countries have clear targets to cut pollution from cars and we are the only OECD country without mandatory fuel-efficiency standards for road passenger vehicles. Governments should be implementing policies that help phase out the internal combustion engine, not putting taxes on their cleaner competitors.” 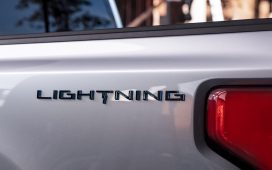 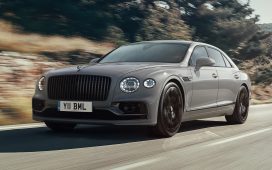 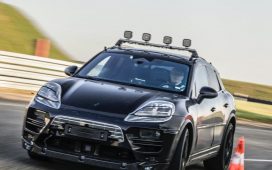 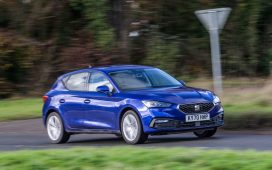