Slave markets, perpetual war and ethnic cleansing are happening in the Greater Middle East due to an obsession with human rights rather than traditional foreign policy, a new book has argued.

Dr Philip Cunliffe, Senior Lecturer of International Conflict at the University of Kent, argues that human rights ‘can no longer claim to be innocent’ and should be ripped from foreign policy considerations in his new book, Cosmopolitan Dystopia.

‘NATO’s intervention to prevent massacre in Benghazi [Libya] in 2011 has left them in civil war ever since,’ Dr Cunliffe told the MailOnline.

‘Slave markets for migrants and ISIS setting up shop’ have all emerged in the years since the interference to remove Libya’s then dictator Muammar al-Qaddafi, he added. 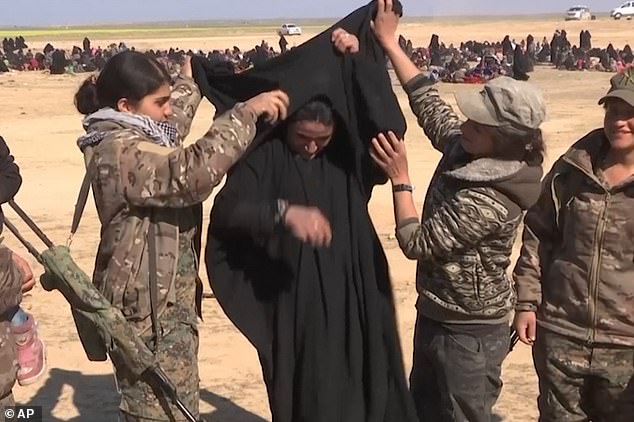 In an undated photo, a Yazidi woman freed from ISIS can be seen removing her burqa before burning it in Iraq. Dr Philip Cunliffe said examples of modern slavery have been brought about by Western countries focussing on human rights over traditional foreign policy considerations 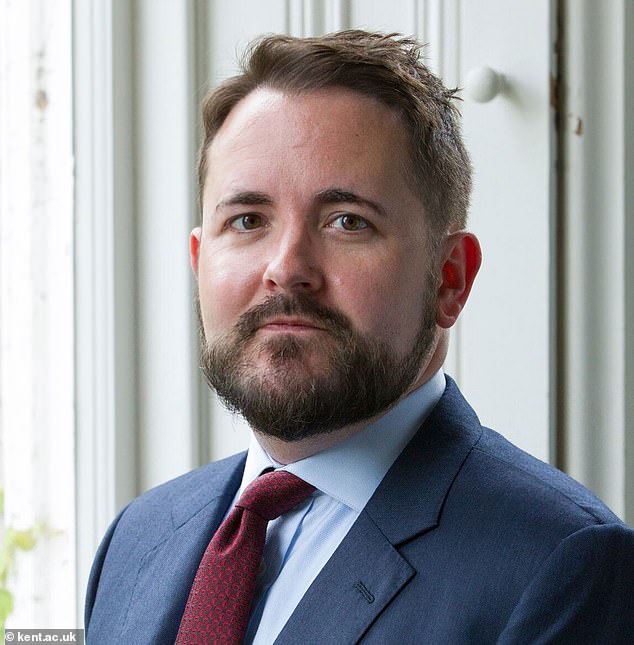 Dr Philip Cunliffe (pictured) is a Senior Lecturer in International Conflict at the University of Kent. Dr Cunliffe has argued that ‘human rights can no longer claim to be innocent’ in his new book, Cosmopolitan Dystopia

‘Part of this process creates a situation of being in perpetual war, like we see in countries like Afghanistan and Iraq.

‘The West is embroiled in these conflicts, and as seen in Libya and Iraq, we can knock states down but we’re unable to replace them.’

The result, Cunliffe said, has been ‘chaos’.

The moral dilemma presented to Western powers when human rights are infringed causes a necessity to act quickly with a grand show of military might, the book argues. This rapid reaction leads to a destruction of existing nations, without the long-term plan of rebuilding, like seen in Iraq, Libya and Afghanistan.

It also allows non-state actors, like ISIS or the Taliban, to fill the void, Dr Cunliffe claims.

During the Islamic State’s murderous campaign across Iraq and Syria, the extremists captured 7,000 women and children from the Yazidi minority, who the Sunni-hardliners viewed as devil worshippers.

While most of the men were slaughtered, females were traded as sex slaves among the militants for as little as £125 for a girl aged between one and 10. 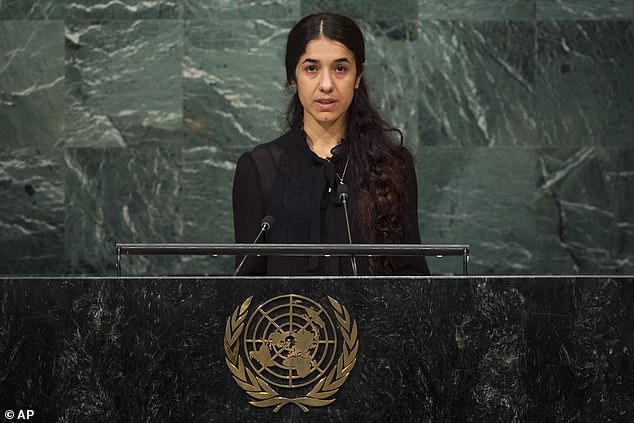 A September 2016 file photo shows Nadia Murad, a former Yazidi captive of ISIS, addressing the UN General Assembly. Murad said the militants ‘touched us anywhere they wanted’, while bartering for them in slave markets in Iraq

In October last year, one of the brave survivors, Nadia Murad, 25, released her diary,  where she recalled: ‘The militants touched us anywhere they wanted, running their hands over our breasts and our legs, as if we were animals.’

She said the women would ‘double over and vomit on the floor’ when the soldiers came to the market to buy them.

Dr Cunliffe told MailOnline that ISIS would not have been able to hold such control over swathes of Iraq to set-up the stalls without the Anglo-American, human rights-propelled invasion of the country in 2003.

‘Western interventions have left a chain of shattered states across the Greater Middle East that are locked in perpetual civil strife; Islamic State would never have emerged were it not for the Anglo-American intervention in Iraq of 2003,’ Dr Cunfliffe wrote. 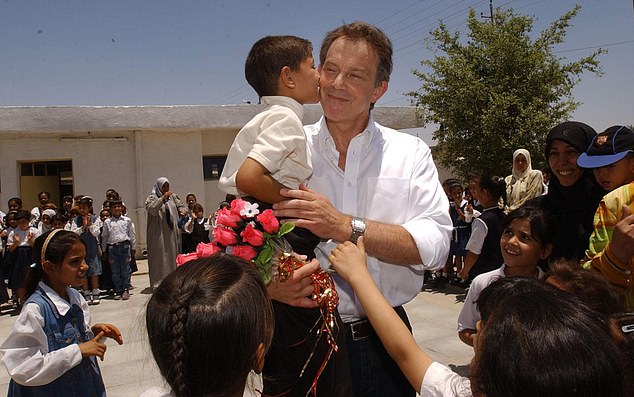 Prime Minister Tony Blair, receiving a kiss from schoolboy, Abbas Adnan, in Basra, Iraq, Thursday May 29, 2003. In calling for the war in the House of Commons in 2002, Blair stressed the potential for extensive damage to the Iraqi population from Saddam’s ‘weapons of mass destruction’ 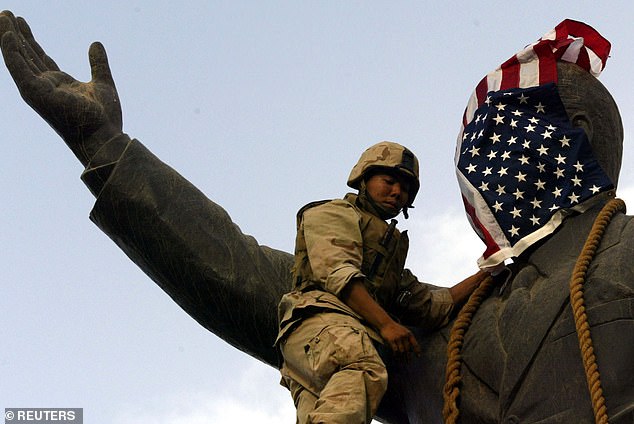 A US Marine covers the face of a statue of Iraqi President Saddam Hussein with a American flag in Baghdad on 9 April, 2003. Dr Cunliffe told MailOnline that ISIS would not have existed were it not for the coalition’s invasion of Iraq to topple Saddam in 2003 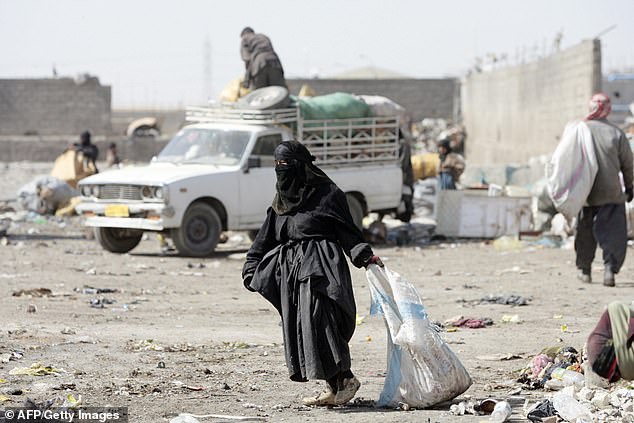 An Iraqi woman is pictured collecting plastic and metal bottles from a garbage dump in Baghdad in 2008. In 2008, reports said that Iraqi women felt they were worse off than they were under the regime of Saddam Hussein and that their plight deteriorated year by year since the US-led invasion

READ  Thursday briefing: At least they're talking – Corbyn and May discuss Brexit

Most ISIS historians agree that the group surfaced from the chaos following the coalition invasion of Iraq in 2003.

In ripping Saddam Hussein, an Arab nationalist dictator from power because of his potential to violate human rights, the coalition are said to have left a vacuum, which Sunnis and Shiites competed to fill, Dr Cunliffe argues.

The invasion was supported by allegations of the production of weapons of mass destruction, chemical and biological agents which the dictator used against Iranians and Kurds during the Iran-Iraq war and at massacres such as Halabja and al-Anfal in 1988. 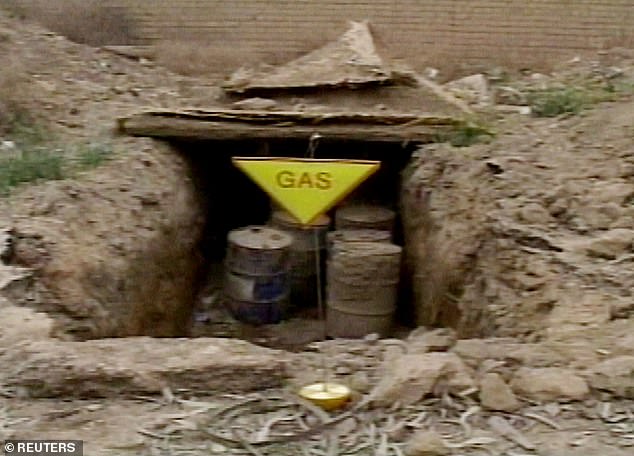 Pictured are barrels found at a military training camp near Karbala in Iraq in April 2003. Tests revealed nerve agents sarin and tabun and the blister agent lewisite, but a general of the 101st US Airborne at the time said they could have had a less sinister purpose 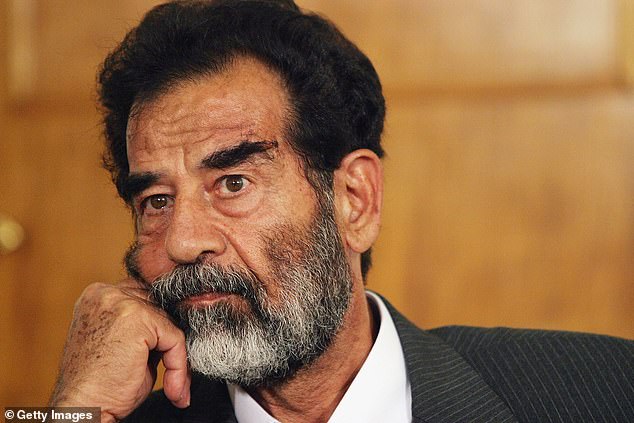 Former Iraqi President Saddam Hussein listens as a list of charges against him is read in a Baghdad courtroom in 2004. The 2003 coalition invasion was pegged on the suspicion that Hussein was planning to violate the human rights of his people with chemical and biological weapons 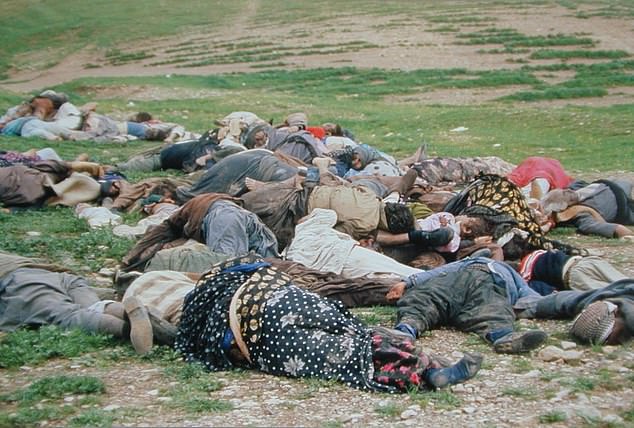 Iraqi Kurd victims are pictured after an Iraqi chemical gas attack four days earlier, in the Iraqi Kurd town of Halabja near the Iran-Iraq border on March 17, 1988 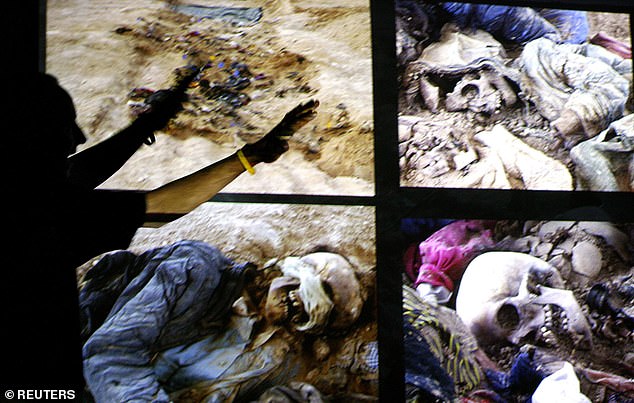 A forensic expert explains the images of bodies found in a mass grave during a trial on charges of genocide against Saddam and his associates in 2006. During the Anfal campaign thousands of Kurds were killed in the late 1980s

With these previous examples of slaughter to support the case for war, congress and parliament ruled to end the possibility of these atrocities happening again.

‘For the West, when human rights morality substitutes for foreign policy, then politics, post-war-planning, strategic thinking, all this goes out the window,’ Dr Cunliffe argues.

‘Without these, all we have is feel good wars – we feel like something has been done, without thinking through the practical consequences.’

Dr Cunliffe claims by taking up the banner of human rights, conflict zones like Iraq and Afghanistan, are now embroiled in continuous states of conflict.

Last year, US President Donald Trump backed out of peace talks with the Taliban that had hoped to bring the 18-year grinding war to a long-awaited end. Since the invasion of Afghanistan shortly after the attack on the Twin Towers in 2001, 2,440 US military personnel have died, along with 111,000 Afghan civilians and armed forces.

Trump cited reasons for the abrupt cancellation as the insurgent’s ignition of a car bomb which killed an American troop and 11 others while the talks were happening. 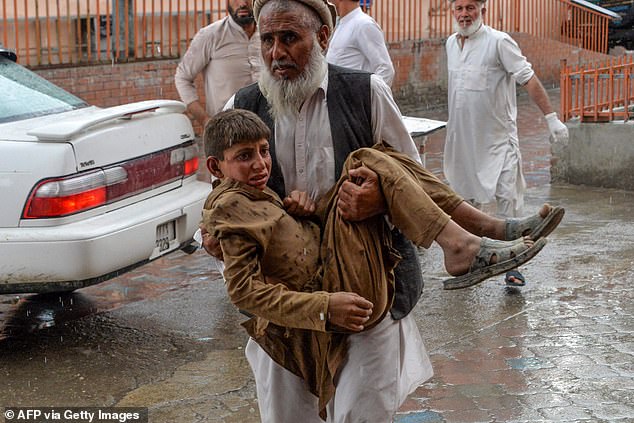 A volunteer carries an injured youth to hospital, following a bomb blast in Haska Mina district of Nangarhar Province in Afghanistan on October 18, 2019 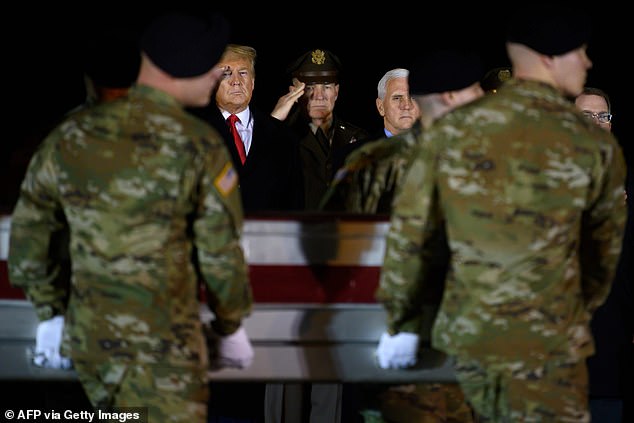 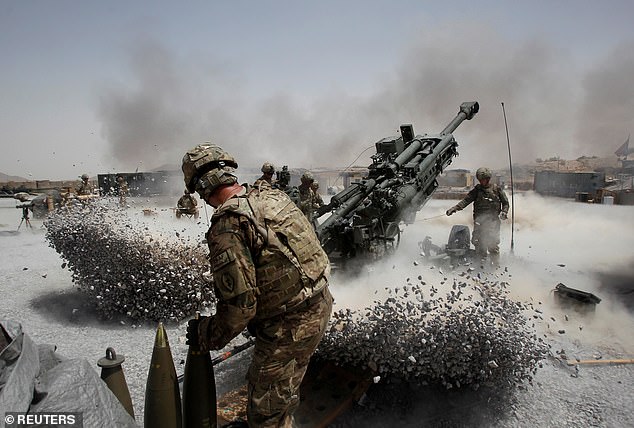 A 2011 file photo shows US Army soldiers from the 2nd Platoon fire a howitzer artillery shell in Panjwai district, Kandahar province, in southern Afghanistan. Since the invasion of Afghanistan in late 2001 2,440 US military personnel have died, along with 111,000 Afghan civillians and armed forces

At his state of the union address last week, the president told the rally that he would re-open talks and that he wasn’t ‘looking to kill hundreds of thousands of people in Afghanistan, many of them totally innocent,’ in keeping the war going.

Dr Cunliffe argues the only way to avoid the ‘hundreds of thousands’ of victims is to respect Afghanistan’s individual state sovereignty and allow them to combat the Taliban alone.

To do this, the US has to resign from its role as ‘world policeman’.

'It smells bad, it tastes bad': how Americans stopped trusting their water