This week the Army announced a new high-tech piece of combat armor intended for an unlikely subject: dogs.

Called Canine Auditory Protection System, or CAPS, the head covering is designed to protect military dogs from short-term hearing loss that can occur when working around loud vehicles and machinery.

The covering is made from flexible acoustic absorption material that filters loud noises and can stretch or shrink to accommodate almost any head size and shape. 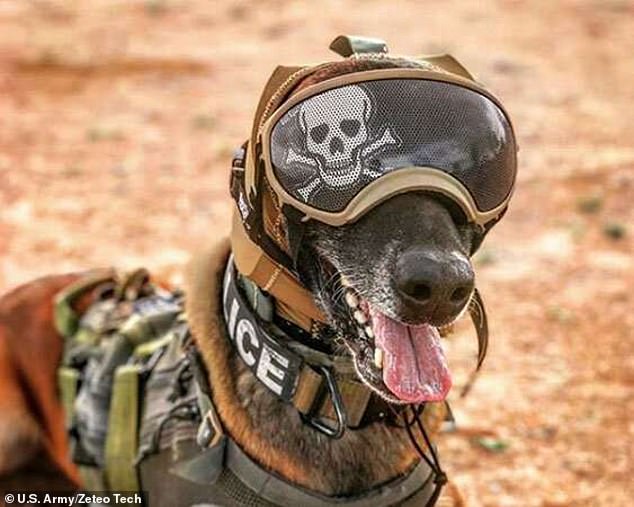 The Canine Auditory Protection System, or CAPS (pictured above), will protect military dogs’ hearing while working in loud surroundings

‘Even a short helicopter flight can affect a dog’s hearing, resulting in impaired performance and inability to hear the handler’s commands, which can hinder the mission,’ Army researcher Stephen Lee said.

‘This new technology protects the canine while on missions and can extend the dog’s working life.’

The CAPS cover is about an inch thick and was designed to work with helmets, goggles and other protective headgear designed for military dogs.

It was funded by a Small Business Innovation Research Grant from the Army.

Before being officially unveiled, the head cover was tested extensively in both military and law enforcement settings. 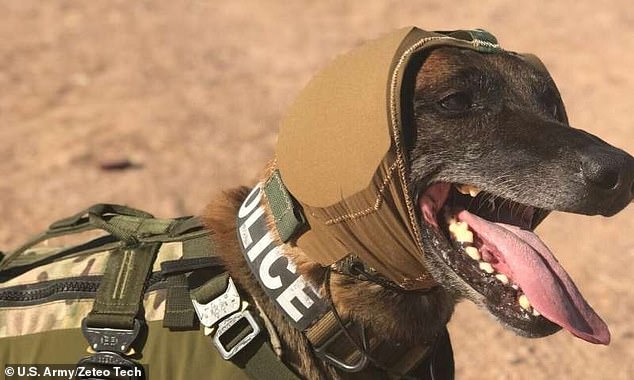 Researchers were particularly focused on protecting dogs hearing while traveling on military helicopters, which can produce noise well above 90db.

The average human can’t hear sounds above 20,000Hz, but dogs can hears sounds up to around 50,Hz.

Dogs have three times the number of ear muscles compared to humans. 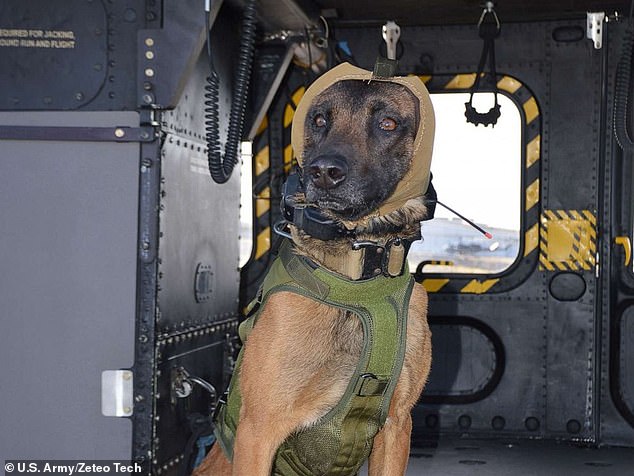 Military dogs became a point of popular interest recently when Conan, a Belgian Malinois, was celebrated for his role in the military operation during which Abu Bakr al-Baghdadi was killed by the US Army.

That mission was conducted with eight heavy duty MH-47 and MH-60 helicopters.