The UK’s flexible constitution has had its day


The author is director of the Institute for Government, a think-tank

Spending a life shuttling between families in the UK and US, I have always enjoyed the unspoken flexibility of Britain, a country with an aversion to writing down the rules by which it runs. The Christmas after my mother died in the UK, we all attempted a gathering in upstate New York. The shattering of previous tradition meant we went overboard on presents. “Let’s have rules next year for maximum spending,” one American relative said. “Or — let’s not” I quietly thought. “Let’s just admit it was over the top and avoid that next time.”

For years, I took a similar view towards Britain’s constitution. Why agonise, as brand new countries after civil wars must, over the painful compromises of a written text? Why not revel in a constitution that has evolved over centuries, through treaties, acts of the monarch and parliament and assorted legal decisions?

I have changed my mind. The UK’s famed flexibility of constitutional arrangements has had its day. The advantages are now outweighed by the sense that when rules inconvenience a government, it just makes new ones up. No one would be well-advised to try to write the UK a whole constitution — the effort might even break up the country — but on key questions it is now time for something more formal.

The UK does have a largely written constitution, just not in a single text. Statutes, conventions and judicial decisions laid down in sedimentary layers make up the rules by which it governs itself, the principle that parliament is sovereign at the core.

For all the UK’s image as a repository of tradition, that flexibility has allowed it extraordinary ability to change with the times. It meant Tony Blair could get rid of one version of the House of Lords and arrange devolution in just months. It enabled the rapid creation of a Supreme Court in 2009, taking on powers previously embedded within parliament.

But that flexibility also means a government can rejig rules to suit itself. During the coronavirus pandemic and the Brexit negotiations, the current government has done just that. Dominic Cummings, Boris Johnson’s former chief adviser, painted a picture for parliament last week of a prime minister unbothered by rules, for instance on funding of the refurbishment of his Downing Street flat.

Johnson knocked that off the front pages with his secret wedding, although the explanations of why a twice-divorced person could be married in a Catholic church attracted much comment worldwide. It might be doctrinally accurate that his previous marriages in the Anglican faith did not count, but his pursuit of that result from an institution for which rules are existential only added to the picture of someone not keen to be fenced in.

More fundamentally, Johnson called into question the different powers of government, parliament and the courts when he prorogued parliament in 2019, a move later ruled unlawful by the Supreme Court. The government is now examining the principle of judicial review by which the actions of the executive can be challenged in the courts. The suspicion is that it wants to weaken this constraint. Brexit and coronavirus have also inflamed tensions with the governments of Scotland, Wales and Northern Ireland and shown how their powers are poorly defined. Rules on lobbying and employment of ministers and officials after they leave office rightly remain in the spotlight.

Most important is the vagueness about who is responsible at the heart of government. What is the cabinet secretary actually responsible for? When is the prime minister justified in sacking him and does that politicise the civil service? When schools and exams descend into chaos, should the education secretary leave or just the permanent secretary?

The latest questions of this sort concern the government’s intention to repeal the 2011 Fixed-Term Parliaments Act, which mandated a five-year gap between general elections. The act’s flaws are extensive, as a joint parliamentary committee this year concluded — reflecting the lack of thought at its inception. But it was born of good intentions: to circumscribe the powers of the government of the day to call an election to suit itself.

As Donald Trump illustrated, rules are no perfect protection. He not only broke convention — employing his family and refusing to release his tax returns — but challenged the legality of the presidential election itself, with no evidence to support his case, as court after court concluded. Even in a country with a codified constitution, a leader who tries to ignore it can cause huge upset.

But whatever advantages flexibility may have brought the UK, they are now eclipsed by the drawbacks. We live in a time where people are suspicious of implicit rules, wanting principles to be spelt out, whether it is in pursuit of fair treatment of other genders, ethnic groups or generations, for fear that those who run the country will otherwise write the rules to suit themselves. People also want to know more about how they are governed — but there is no text they can read.

Anyone who sat down to write the UK a whole constitution — a task in which the UK has helped many other countries over the years — would surely be defeated. Whether over the monarchy, the established Church or devolution, some clash would make resolution impossible, if it did not shatter the bonds that uneasily hold the UK together. But in core areas the charms of British informality have faded. It is time to write those rules down. 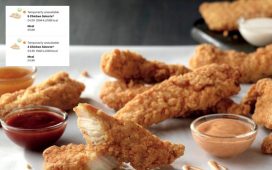 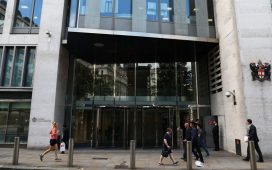 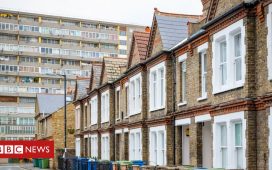