If Russian president Vladimir Putin completely shuts off the gas taps to Europe, what are the risks of the lights going out — or the heating turning off — in the UK?

To listen to public statements from the government you could be forgiven for thinking the odds are exceptionally low: the UK has no direct connections to Russian pipelines; it has its own production in the North Sea plus significant supplies from reliable Norway; and there is ample capacity to import seaborne cargoes of liquefied natural gas when needed.

Homes should remain heated and electricity supplies secure, even if the price is exceptionally painful, is the official line. But the reality is more complicated and worrying.

While it is true the energy industry believes the UK is better positioned than most European countries, executives quietly admit that there are reasons to worry not just about gas prices, but physical access to supplies. If Moscow completely shuts off the taps, it is far from certain that the UK will not face shortages too.

The UK business department was worried enough about the UK’s supply security to commission an extensive study five years ago. It included a scenario of a complete cut-off of Russian gas. The results make for uncomfortable reading.

It found that if the cut was prolonged and continental European countries were willing to pay whatever was necessary to secure gas, then the UK could see “significant unmet demand”.

In other words, shortages, which would require curtailments of industrial demand and even potentially to small businesses and homes.

In the most extreme scenario of very high demand, such as in a particularly cold winter, the study found as much as 28 per cent of UK demand went unmet, with more gas flowing from Norway and even UK fields to the continent.

In such a scenario electricity supplies could be under threat. The UK relies on gas for about 40 per cent of its power generation, and even more on the coldest days when demand is high and wind generation tends to be low.

Chi Kong Chyong, at Cambridge university, who helped model the business department study, said that while the UK enjoyed some advantages, it was certainly not at zero risk.

“When there is a global shortage of natural gas, as we would see if Russia does completely sever supplies this winter, it is a simple economics that the country that is prepared to pay more will secure the supplies,” Chyong said. “The UK is not immune to that reality.”

Germany, which is both the wealthiest country in the EU and among the most exposed to the loss of Russian gas, is providing government-backed financing to help companies secure gas for this winter. The UK is not. UK-based companies could find themselves in a lopsided struggle.

Access to LNG is also not guaranteed. Europe and the UK already face competition with Asia to secure cargoes that are not tied up under long-term contracts.

Europe has been winning that battle since last winter, by being willing to pay more. But a cold winter in northern Asia would pit European buyers against many state-backed Asian utilities that are less price sensitive when under orders from the government. 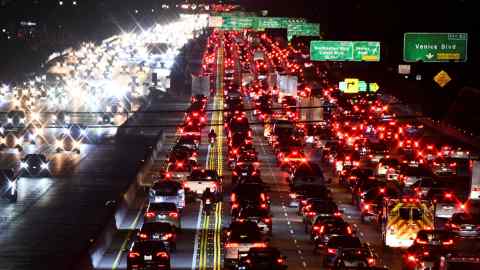 LNG competition within Europe is also rising. Germany, which before the crisis had no LNG capacity, is ordering five specialised vessels that can act as temporary import terminals, and wants two to be operational this year.

The UK will still have more capacity, but in the teeth of a crisis, EU solidarity will already be strained. Sitting outside the bloc, the UK may have to lean on its role as the conduit for gas supplies to EU member Ireland.

The UK has earned some goodwill. At the moment, when gas demand is low, the UK is sending significant volumes through pipelines to Belgium and the Netherlands, effectively operating as a transit route for LNG. It is even looking to expand the capacity on one of the lines. In the winter, however, these pipelines often flow the other way as the UK draws gas out of European storage during cold spells.

With EU countries being asked to cut consumption over winter, while the UK tries to continue as normal, the issue has the potential to become a political lightning rod, threatening flows on the lines.

A complete cut-off of Russian gas may not yet occur. If it does, the UK may still find a way to muddle through with the genuine advantages it has. Homes and vulnerable customers can be prioritised. The weather gods may be kind. But no reason to worry? That is difficult to swallow.