The true move towards carbon-zero within the fashion industry


Over the last few years, the main buzzword within the fashion industry has been sustainability.
As the need to address climate change continues to become more urgent, fashion companies around the globe must seek new ways to reduce their greenhouse-gas emissions to meet the 1.5 degrees emissions pathway.

During COP26, the leading UN Climate Conference, several countries committed to different pledges to reduce emissions, including ending deforestation by 2030. However, tackling climate change requires transformation across all countries and sectors, including the fashion industry. The fashion industry plays a considerable role in climate change, responsible for approximately 2.1 billion metric tons of greenhouse gas (GHG) emissions in 2018, about 4 percent of the global total according to McKinsey research. This is equal to the same amount of GHGs as the combined economies of France, Germany and the United Kingdom emit per year.

Back in 2018, leading fashion stakeholders created the Fashion Industry Charter for Climate Action, which outlined the goal to achieve net-zero emissions by 2025. This was in line with keeping global warming under 1.5 degrees per year as ratified in the 2015 Paris Agreement. At the time, the target was said to be a clear demonstration of the fashion industry acting against climate change, but three years on it has become clear that the industry needs to do more to reduce emissions.

According to the Fossil Free Fashion Scorecard, released by Stand.earth earlier this year, the majority of fashion brands have made little to no progress in eliminating coal and other fossil fuels from their supply chain, where the majority of their emissions lie. The latest analysis from the non-profit organisation found that several leading fashion companies are projected to fail to reduce their supply chain emissions in line with the 1.5 degrees emissions pathway of the UN Paris Agreement. Even worse, emissions for some companies grew “substantially” over the last two years despite the impact of Covid-19. What’s more, the fashion industry remains on a trajectory where it will overshoot its target by nearly two-fold, with emissions of 2.1 billion metric tons of CO2 equivalent in 2030 unless it takes more drastic action, according to McKinsey.

The entire value chain, from farms and factories through to brands and retailers, policymakers and consumers, all play a role in accelerating decarbonization. Together they must push for emission declining actions and scale up existing efforts. Data indicates that around 60 percent of additional emissions reduction could be achieved within the fashion industry’s upstream operations, which includes energy-intensive raw material production, preparation and processing. By using less-energy intensive fibres, such as the recent expansion of carbon-zero TENCEL™ branded fibers to REFIBRA™ technology from manufacturer Lenzing, leading fashion companies are provided with another solution to assist in their journey to cut down their emissions. Carbon-zero TENCEL™ fibers are one of the solutions to achieve circular fashion and carbon neutrality. Reinforcing Lenzing’s broader goal to achieve net-zero emissions by 2050, the manufacturer aims to ensure more carbon-zero initiatives become mainstream practices within the fashion and textile industry.

If new initiatives, such as energy-efficiency improvements and a transition to renewable energy are supported by brands and retailers, it could further help achieve emission reductions in upstream operations. An additional 18 percent of emissions could be saved through operational improvements implemented by fashion brands, and a further 21 percent through changes in consumer behaviour, including recycling, reducing and reusing apparel. Together, these efforts could help reshape the fashion landscape into a truly carbon-zero force against climate change.

To find out more about Lenzing, go to www.lenzing.com

Jog on: 20 of the best men’s activewear pieces – in pictures 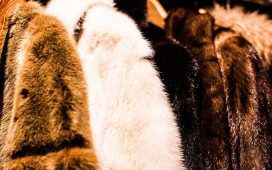 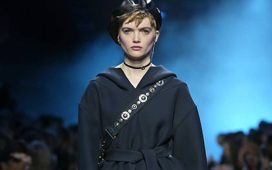