The tiny needle in a pill that could replace injections


A smart ‘pill’ based on the shape of a tortoise could replace the regular injections needed by people with diabetes and other long-term conditions.

The idea is that the capsule — the size of a blueberry — can be loaded with a single dose of medication and swallowed in place of a jab.

The capsule is flat on one side, and domed on the other, and is based on the leopard tortoise from Africa, which can easily flip over onto its feet after a fall or attack.

The bottom of the pill is weighted so that once it has rolled down the food pipe and arrived in the stomach, it won’t settle until the flat bottom has ‘found its feet’ and is touching the lining of the stomach.

The plastic capsule contains a tiny needle (about 4.5mm long) held in place by a solid sugar pellet that dissolves roughly four minutes after encountering the high levels of moisture in the stomach. 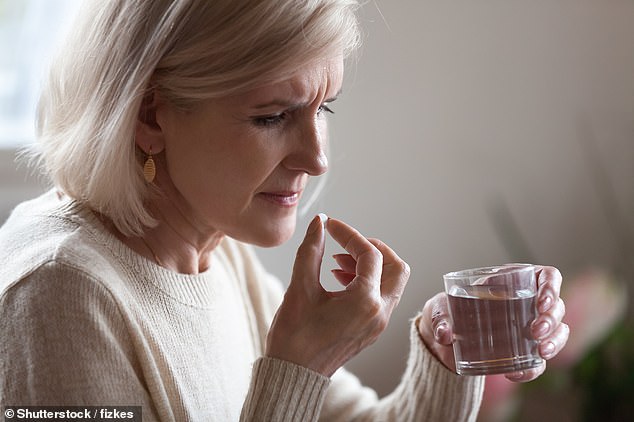 The dissolving sugar activates a latch system that releases the medication via a tiny needle into the stomach lining, from where it travels straight into the bloodstream.

The moisture level needed to trigger this means there is a time delay before the needle is released, preventing its activation earlier in the digestion process.

Once injected, the needle is then pulled back into the capsule via a tiny spring and the whole device safely passes through the digestive system.

The researchers behind the capsule say that as there are no pain receptors in the stomach lining, the jab would be painless.

The idea is that the capsule could be loaded with insulin, for instance, to replace the several injections needed daily by many of those with diabetes (multiple pills may still be required as the capsules are single-use).

They could also be used instead of the adrenaline auto-injectors carried by people suffering from severe allergies.

And the capsule could deliver treatments such as monoclonal antibodies (mAbs). The man-made versions of antibodies are specially engineered to fight certain diseases, including breast cancer and autoimmune disorders, such as Crohn’s disease.

While potentially game-changing, mAbs and other biologics are made of proteins targeted by enzymes high up in the digestive tract — meaning they will not survive long enough to be absorbed into the bloodstream if taken as a pill. For this reason they have to be given intravenously or as an injection. This is where the capsule could come in.

When the capsule, called the L-SOMA, was trialled on pigs, it effectively delivered 4mg of the biologic Humira (used for rheumatoid arthritis) into their stomachs and 80 per cent of the drug was absorbed within half an hour of taking it, reported the journal Nature Biotechnology.

It’s hoped that human trials of the capsule, which was developed by the Massachusetts Institute of Technology and Brigham and Women’s Hospital in the U.S. will start soon.

‘Injections are frequently unpopular with patients so another option is highly sought after,’ says Abdul Basit, a professor of pharmaceutics at University College London.

‘The success of this study is a positive sign, but will likely need to be improved if the device is to pass through clinical trials to be used in humans.

‘If successful, the capsule could become invaluable to patients who are scared of injections, or dislike attending regular medical appointments or injecting themselves.’

Delaying retirement until after the age of 67 may limit cognitive decline and even reduce the risk of Alzheimer’s, a study has found. Based on data from 20,000 Americans, it confirms previous studies that suggest remaining part of the workforce is a key factor for brain health — possibly because it prevents depression, linked with dementia.

To test the theory, a three-month trial at the University of East Anglia will monitor 50 patients with moderate to severe knee damage.

They will have either broccoli soup (made with a variety not available to consumers) for four days a week, or other types of vegetable soup.

Previous research has shown sulforaphane, a compound in the vegetable, blocks the effects of harmful enzymes that destroy cartilage.

Participants will have their mobility and pain measured, and blood and urine tests to check their levels of sulforaphane.

Botox inside your tum can help weight loss

A ‘Botox’ jab in the stomach is being tested as a weight-loss treatment.

In an ongoing trial at Trondheim University Hospital in Norway, 20 obese adults are being given injections of either botulinium toxin or a placebo into muscles in their stomach walls.

The injection is administered via an endoscope — a narrow tube which is passed down the throat into the stomach.

The theory is that the treatment will slow down the emptying of the stomach, making the patient feel fuller for longer.

See also  ‘A tragedy for addicts’. Why rehab centres are shutting their doors | Tom Wall

The hope is this could be an alternative to procedures such as bariatric surgery, and so reduce the risk of complications.

Medical treatments that might make your stomach turn. This week: Parasites to help Crohn’s disease

Having parasitic worms in the bowel may reduce symptoms of Crohn’s disease (an inflammatory bowel condition that triggers abdominal pain and diarrhoea), according to research in the journal Gut.

In the 2005 study by Iowa University in the U.S., 29 people with Crohn’s were given 2,500 live Trichuris suis worm eggs to ingest every three weeks.

At the end of the six-month study 23 had fewer symptoms and 21 had none — and no side-effects.

The theory is parasitic worms, or helminths, dampen the more aggressive parts of the immune system to aid their survival — which has the effect of controlling inflammatory diseases such as Crohn’s.

‘In time we will have treatments based on substances that helminths produce,’ says Graham Rook, an emeritus professor of medical microbiology at University College London. 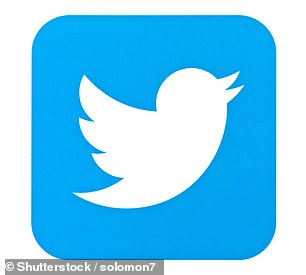 Being active on Twitter could, counterintuitively, lower symptoms of depression, reports Vanderbilt University in the U.S.

Researchers monitored Twitter use in about 300 people, and compared it with their depression symptoms and real-life social support.

Greater use of social media was associated with lower symptoms of depression in those with low social support, possibly as it made up for less in-person contact.

Supplements warning: The 'healthy' supplement linked to a ‘higher incidence’ of cancer 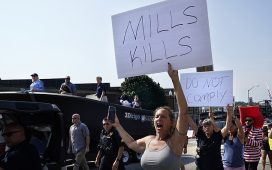 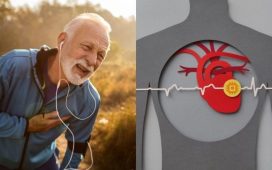 Stroke: The healthy lifestyle habit that can increase your risk – surprising finding 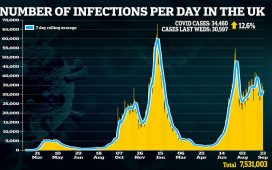 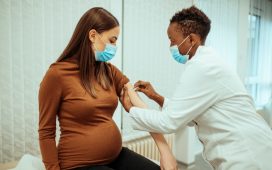 Fully jabbed pregnant women pass on Covid busting antibodies to their babies while in the womb, study claims