Donald Trump and the Covid-19 pandemic dominated the news headlines in 2020. Three terms in particular came to symbolise the year: “witch-hunt,” “black swan” and “exponential”.

Trump has tweeted the phrase “witch-hunt” approximately once every three days on average during his presidency and not only in connection with his impeachment trial. He continued to use it later in the year to describe accusations that he mismanaged America’s Covid-19 response, inquiries into his tax returns, an investigation into alleged criminal conduct at the Trump Organization and other controversies.

Most people made their minds up long ago about whether Trump was guilty of his alleged transgressions. But neither his supporters nor his critics have given full thought to the linguistic implications of the term “witch-hunt”. Perhaps it doesn’t mean what they think it does.

The original witch-hunts began in early modern Europe and spread to colonial America, in the religious persecution of those accused of practising witchcraft. In Europe, an estimated 40,000-60,000 people – mainly women – were executed between 1400 and 1782. Americans usually think of the 1692-93 witch trials in Salem, Massachusetts, in which 30 people were convicted and 19 hanged.

The term entered widespread use only in the mid-20th century, to describe the frenzied search for communists “under the bed”. Arthur Miller’s 1953 play about the Salem trials, The Crucible, was an allegory for US senator Joseph McCarthy’s hearings into alleged communist infiltration of the US government.

To be sure, the 17th-century witch trials and McCarthyism differed in important ways. For one thing, communists really existed. But the two historical episodes had one thing in common that distinguishes them from the accusations against Trump. In a genuine witch-hunt, the hunters start from the firm belief that a particular type of evil-doer – witches or communists – is hiding in plain sight, and then try to identify who they are.

When the president and his many supporters accuse his detractors of carrying out a witch-hunt, they are making a different claim. They are claiming that Trump’s critics start from the unwavering belief that he is up to no good, and see it as their job to find crimes to pin on him. They have identified him, and they are out to get him one way or another. “Persecution” or “harassment” would more accurately convey Trump’s meaning.

Such distinctions are crucial. When federal authorities charged the gangster Al Capone with tax evasion in 1931, it was not a witch-hunt. The target of their investigation was determined first; then the charges that could put him away were identified – an application of the rule of law.

The second phrase that pervaded 2020 was “black swan”. When the new coronavirus spread beyond China and suddenly affected the health and jobs of people around the world, many described it as a quintessential “black swan” event.

Nassim Nicholas Taleb’s eponymous 2007 book turned black swan virtually into a household expression, because it appeared to describe the 2007-09 financial crisis so well. Taleb defined the term to mean a major event that nobody realised was even a possibility, because they had never seen one of its kind before. But the metaphor is more insightful than that.

The historical importance of the notion of a black swan lies in British philosophy. Like most Britons, David Hume (writing in the 18th century) and John Stuart Mill (writing in the 19th century) had never seen one. Reasoning by induction, they might easily have concluded that all swans were white. But, as British ornithologists were aware, Dutch explorers had discovered black swans in Australia in 1697. So, the best way to use the black swan metaphor is to point out that competent experts can and do factor in data from other decades, centuries and countries, and that competent policymakers should listen to their warnings.

Contrary to the widespread belief in US financial markets before 2007, housing prices can go down as well as up. Similarly, health experts and well-informed policymakers had been well aware before 2020 that a pandemic like Covid-19 was not only possible, but likely to strike sooner or later. In too many countries, however, political leaders failed to heed the warnings and recommendations. The world has paid dearly for their mistake.

So, this year’s Covid-19 pandemic was indeed a black swan. But the phrase is perhaps best defined not just as a sudden major development that catches the general public by surprise, but as a “tail event” – known by scientific experts and responsible officials to be a dangerous possibility (albeit one with relatively low probability in any given year).

Finally, the word “exponential” was used frequently in common speech even before the pandemic – and almost always incorrectly, to mean “rapid”. Of course, anyone wishing to play language police must confront the argument made by Humpty Dumpty in Lewis Carroll’s Through the Looking-Glass, who insisted that, “When I use a word, it means just what I choose it to mean.”

But linguistic precision is often important for achieving intellectual precision. Exponential is a mathematical term. It does not mean rapid. Hard as this may be to believe, there is not even a correlation or association between exponential and high growth rates. The money that one has in the bank changes exponentially, due to compound interest, but the rate can be low or even negative, as European interest rates demonstrate.

With the arrival of Covid-19, people finally began to use the word “exponential” correctly, to describe the number of infections. The reason why the number of cases rises exponentially is that each infected person infects a number of other people. Epidemiologists call this average ratio the rate of reproduction, represented by R. It is designated R0 in a population with no immunity and no countermeasures.

The use of R has drawbacks, particularly the difficulty of estimating it. But the concept makes an important point. If R is greater than one, as it was in the early stages of the pandemic and presumably has become again in many places, it means that things are getting worse.

R can be brought down via wearing face masks, social distancing, frequent hand-washing, testing, isolation, and now inoculation with the new Covid-19 vaccines. When R falls below one, it means that the pandemic is dying out, and that the rate of exponential growth is negative.

So, here’s wishing everyone no witches to hunt, the swans they expect and an R well below one in 2021.

• Jeffrey Frankel is a professor at Harvard University’s John F Kennedy School of Government. He served as a member of President Bill Clinton’s Council of Economic Advisers 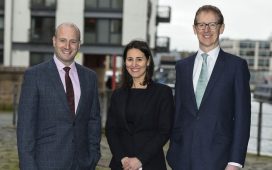 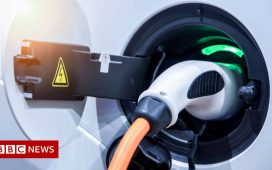 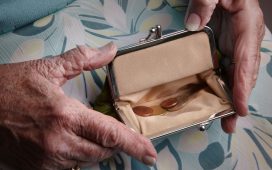