Joel Dommett will be hosting The Masked Singer’s ten-day arena tour across the UK in 2022. The star is also back for the TV show in a few weeks

Joel Dommett is set to to host The Masked Singer live stage show and UK arena tour in 2022.

The tour, which will comprise of ten shows, kick off in Liverpool on April 2.

The actor and TV presenter, who also hosts the ITV show, said: “This tour is going to be absolutely incredible. I’m so thrilled to be hosting proceedings, as we bring all the excitement and drama of the TV series live to an arena near you.

“And being in arenas means it’s going to be bigger than ever. I’m excited to see who the different celebrities are at every show.

“I don’t know their identities, so I’ll be guessing along with the arena audiences. I can’t wait to get this show on the road in April, it’s going to be epic.”

The Masked Singer Live will be touring the UK from April 2022 for 10 shows across the country, starting with an opening show in Liverpool on April 2

Shows will be held in London, Birmingham, Newcastle, Glasgow, Leeds and Manchester, with tickets now on sale.

The TV show sees famous contestants don elaborate costumes as they sing in front of a celebrity panel of Rita Ora, Jonathan Ross, Davina McCall and Mo Gilligan, who try to figure out their identities.

Jonathan Ross recently told The Mirror: “We’re doing a third series, and I’m doing the third series. And I shouldn’t speak about who the other judges are but you’re not going to be surprised.

“I’m looking forward to doing it because it’s a fun way to spend the evening. On The Masked Singer I’m as much a viewer as a participant, for part of the evening.”

In May, it was confirmed that singer Rita would be back for series three after being replaced on The Masked Dancer due to filming commitments with The Voice Australia.

The programme, which is set to arrive for its third season over the coming weeks, has roped in big names for its past series, including Take That’s Howard Donald, Spice Girl Mel B, Sophie-Ellis Bextor and Sir Lenny Henry.

Former Sex Pistols front-man, John Lydon, was also unveiled as a contestant on the US version of The Masked Singer last month.

The last UK series kicked off on Boxing Day 2020 anbd fans are excited about the show’s upcoming return, which was teased recently in an advert during I’m A Celebrity… Get Me Out Of Here.

Masked Singer fans instantly took to Twitter to share their delight. One wrote: “Just saw an advert for what looks like the masked singer absolutely buzzing about this.”

Equally excited, a second wrote: “Eeeeee! Masked Singer teasers! Excited!” and a third said: “There’s going to be another series of the Masked Singer woooohooo!!”

The first series of Masked Singer was won by former Girls Aloud star, Nicola Roberts in the guise of Queen Bee and this February, soul crooner Joss Stone, who performed in disguise as Sausage, was crowned series two’s winner. 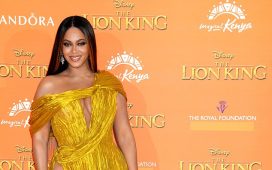 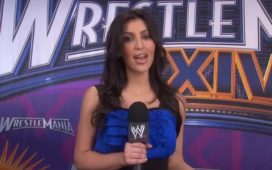 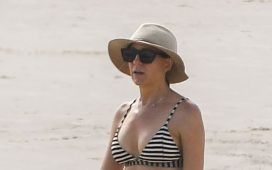 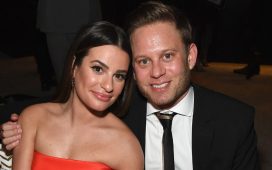 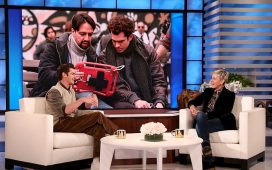