The relative successes of Japan and other East Asian countries in keeping COVID-19 at bay through their acceptance of public health and social measures — wearing masks and avoiding crowds — has put the region at a geoeconomic advantage.

This whole-of-society approach is essential for infectious disease emergency response, and East Asian nations should share their experiences with Western countries to better fight the pandemic.

As an East Asian nation with strong ties with the West, it is the strategic interest of Japan to lead efforts to establish new global governance for health emergencies, along with other nations in the region, and improve global health security.

The COVID-19 pandemic has brought about a new trend in the global power balance, as the region’s states have largely been more successful in responding to the crisis than many Western nations.

According to Bloomberg News’ Dec. 21 COVID Resilience Ranking, which scores countries and areas in terms of how effectively the virus has been handled while disrupting business and society as little as possible, 10 countries and territories in East Asia were ranked among the top 15.

They were, in descending order, New Zealand, Taiwan, Australia, Singapore, Japan, South Korea, China, Vietnam, Hong Kong and Thailand. Most have experienced a large-scale outbreak of infectious disease of some kind in the 21st century.

China, Hong Kong, Singapore, Taiwan and Vietnam, for instance, had dozens to hundreds of cases of the severe acute respiratory syndrome (SARS) – more than 5,000 cases in China, the epicenter — in the early 2000s.

South Korea experienced an outbreak of the Middle East respiratory syndrome (MERS) in February 2015, with some 200 cases reported.

Although small in number, Thailand had cases of SARS as well, and has long been an established leader in Asia in the field of global health.

Those countries and territories that went through such health crises and nurtured increased threat perception were able to strengthen their national crisis management systems against infectious diseases prior to the COVID-19 pandemic.

Meanwhile, Japan was fortunate enough to avoid outbreaks of SARS or MERS. According to a report published in October by the Asia Pacific Initiative on the government’s response to COVID-19, Japan’s infectious disease control capabilities improved following the 2009 H1N1 influenza pandemic and the 2014 Ebola outbreak in West Africa.

Following the H1N1 influenza pandemic, an expert panel was created under the health ministry to evaluate the government’s large-scale operations conducted to tackle the disease, and the panel compiled a report proposing that the government strengthen its response to handle the pandemic.

Although most of the proposals in the report have not been put into practice, Japan has been managing to maintain a low death toll amid the COVID-19 pandemic, and the nation has been holding out against the virus thanks to struggles by people engaged in emergency response as well as the efforts made by citizens.

While the API report stated that the government’s anti-coronavirus measures “were reactive but produced good results” and that there is no guarantee it could produce similar results if another wave hit Japan, the nation is regarded a success story in regards to keeping deaths low.

It is often said that the difference between the outcomes of East Asian countries, relatively successful in containing the virus, and Western nations facing hardships is attributable to differences in the values deemed significant in society.

In East Asia, which embraces the concept of communitarianism, or conformity within a society, compared with Western countries which place importance on individualistic values, people tolerate a certain level of inconvenience and accept voluntary restrictions for public health, including wearing masks and avoiding large gatherings. Many say such actions have helped suppress the virus.

Indeed, in the West, demonstrations against lockdowns and mask-wearing rules were held in various places as protesters viewed the restrictions as infringements on their liberty.

Governments in those countries are facing difficulties containing the virus, with many forced to impose lockdowns again, further causing their economies to deteriorate.

The whole-of-society approach is inevitable for infectious disease emergency response. Governments’ efforts alone are not enough to fight them. It is imperative that each and every citizen and all sectors of society cooperate.

It is something that is needed for society to become competitive as a whole, regardless of whether a nation adopts democratic or authoritarian political systems, and it is being practiced in East Asia.

The success of East Asian nations in controlling the virus has put the region at a geoeconomic advantage and helped strengthen networks within the area.

Although the future situation will be largely affected by vaccinations, at this point East Asia is considered to be in a better position compared with Western nations in terms of economic recovery and the resumption of international travel.

At the end of a summit meeting last month of the Association of Southeast Asian Nations plus three — Japan, China and South Korea — the chairman’s statement listed measures that will further strengthen the region’s geoeconomic advantages built on the success of disease control and its connectivity based on anti-virus efforts.

The statement also said they will enhance efforts toward setting up a reserve of medical supplies among the ASEAN plus three nations.

The new economic bloc, which accounts for 30% of both the world’s population and its gross domestic product, is believed to have an effect of further strengthening connectivity within the East Asian region.

Depending on the future of the COVID-19 crisis and the development of RCEP, the year 2020 may mark the beginning of the “Asianization of Japan” in which Japan will be more broadly linked to the region.

Japan should take full advantage of its deepening ties with other East Asian nations and the success in virus control in global health diplomacy regarding health emergencies.

However, interpreting the global power balance simply as one between East Asia and the West will not serve the best interests of Japan from a broad perspective.

Chinese politician Sun Yat-sen said in a speech in 1924: “Now the question remains whether Japan will be the hawk of the Western civilization of the rule of Might, or the tower of strength of the Orient.”

Japan’s path after modernization was a history of ambivalence between the East and West, just as Sun said, balancing its position in global politics between East Asia and the West.

While Japan is geographically and culturally part of East Asia, the nation has developed through addressing universal values such as freedom, democracy, respect for basic human rights and rule of law, and by benefiting from the open global economic system. It is important for Japan to maintain cooperation with the Western democracies which hold on to similar norms in their political and economic systems.

Japan has pursued the liberal international order by engaging countries in East Asia in the vision for a free and open Indo-Pacific region and obtaining the support of Western countries at the same time.

Avoiding being purely East or West but taking both of them in — this is where Japan’s strategic position lies, and this is the path for the nation to take to survive and prosper.

Japan should align with such a strategy also in the field of global health diplomacy concerning health emergencies.

It is necessary for Japan to come up with a vision of how to position and utilize East Asia, with which the nation has built closer ties, in global infectious hazard management and to implement global health diplomacy that encompasses Western nations.

Regarding governance for health emergencies in the global arena, Western nations have built and offered global public goods until now, under a strong threat perception toward global health crises such as pandemics having an adverse impact on their national security.

The moves include the U.S.-led Global Health Security Agenda, a global framework created by a group of countries, international organizations, nongovernment organizations and private sector companies, and the Europe-led COVAX Facility, a global risk-sharing mechanism for pooled procurement and equitable distribution of eventual COVID-19 vaccines.

East Asia has taken part in frameworks led by Western countries and has adopted their models, but has not spearheaded a move to create a similar framework for health emergencies.

The same could be said for Japan. Tokyo has been playing key roles in global risk management efforts, for instance, stressing the importance of promoting protection against infectious diseases during the 2016 Group of Seven Ise-Shima summit and providing funds when the WHO’s Contingency Fund for Emergencies and the Coalition for Epidemic Preparedness Innovations were launched in 2015 and 2017, respectively. But the nation has not taken the initiative to envision global health emergency governance plans and solicit like-minded partners to establish the frameworks.

The current situation, however, calls on East Asia to share its successful experience of containing COVID-19, prompting Western nations to learn from models provided by the region, putting those countries in reversed positions in terms of infectious disease crisis management.

Japan must take this opportunity to lead efforts to establish new global governance for health emergencies along with East Asian nations and work to improve global health security.

Japan and other East Asian countries can, for example, systematize successful emergency response models for infectious disease crises including East Asia’s whole-of-society approach, and accumulate case studies for a knowledge hub and share them with other regions in the world.

In doing so, East Asia can play a more proactive role in establishing international order beyond regions and Western nations can learn more from East Asia.

East Asia-led health emergency governance should not be something exclusive to the region. It should be open, inclusive, and transparent, a framework that takes in Western countries.

It will serve the strategic interests of Japan to accumulate and universalize COVID-19-related successes, and create a framework that encourages the building of a mutually beneficial and cooperative relationship between East Asia and the West to help society open up again following the crisis.

Keishi Abe is a visiting fellow at API. API Geoeconomic Briefing, provided by the Asia Pacific Initiative, an independent think tank based in Tokyo, is a series that looks into geopolitical and economic trends in the post-COVID-19 world, with a particular focus on technology and innovation, global supply chains, international rule-making and climate change. 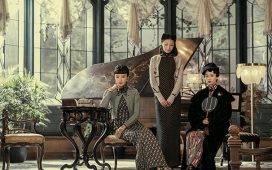 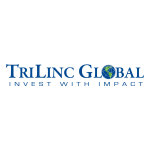 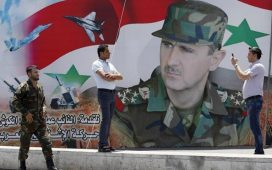 Damascus, a people made hungry by war and sanctions, to vote for the president 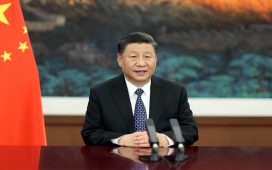