Schools are not a battleground between parents and teachers, or unions and politicians. Teachers do not prefer remote learning; they are more aware than anyone of the damage school closures cause. Overwhelmingly, everyone wants kids at school, while everyone, looking at the UK’s Covid curve which is now almost vertical, can see that they must stay at home. It’s this kind of maturity – being able to see that the outcome you prefer is not possible within the reality of your situation – that makes the general population so inconvenient for a political discourse that skids by on bluster and false binaries. The government is in denial about this and continues to treat its citizens in England like children.

What parents are worried about is not the homeschooling per se, but its open-endedness. The education secretary has bandied about 18 January as the date when schools in England that are closed will reopen – everybody knows that isn’t the case. It is impossible to bring infection numbers under control within two weeks, and no measures can be relaxed until that happens. The prime minister, meanwhile, keeps it vague, promising changes “as soon as possible”. It could mean anything, and functionally means nothing.

This matters because of our experience with the last lockdown. If anyone had said, on 18 March, that schools in England were likely to remain closed (apart from for vulnerable children and those with carers who are key workers) for the rest of the school year, there are things most of us would have done differently. At the level of the family, we would have got a jumpstart on structuring the day, we could have identified the gaps in learning provision and communicated them to the school, we might have gathered with other parents for online group learning, we could have thought creatively about long-term projects; crucially, we wouldn’t have looked so clueless in front of our own kids. Instead, we existed in this waiting room of ignorance, always told to expect the resumption of normality within the next fortnight, until we ceased to be told anything at all.

READ  'Universities stamp out creativity': are graduates ready for work?

We doubtless would have done more, had we known the length of the hiatus, for the whole school community: raised money for families without laptops or wifi or food, checked in on one another. This is the work PTAs were born to do, and yet in the fog created by the government’s false promises and incompetence (its laptop scheme in England a particularly ignominious example), this was all left to schools, themselves drip-fed information on a needed-to-know-a-month-ago basis. The Oak National Academy was commissioned to produce online lessons which parents on pay-as-you-go phone contracts couldn’t afford the data to download. I spoke to one teacher at a secondary school who, by June, had had to ask the police to check on pupils who hadn’t surfaced in three months.

It may have seemed more convenient to Gavin Williamson that we were kept in the dark; it meant we didn’t organise, launched no campaigns, made no demands; perhaps it saved some money here and there. The furlough scheme wasn’t extended to cover those who couldn’t work because of childcare until November. It took Marcus Rashford to mobilise around the fact that, without school meals, many children weren’t getting enough to eat. The only way that man could have been more expensive for the government is if they’d given him a PPE contract, and I bet – without wishing to sanctify him – he would have delivered some actual PPE.

It is a false economy and a catastrophic error to exclude civil society from knowledge and decision making; it undermines trust, which compromises compliance. It squanders communal efforts which people were ready and willing to make.

READ  The maps that show life is getting better

One scant justification would be that the government didn’t know itself how long school closures would be needed, that it was as frustrated as any of us by a constantly changing picture. This is implausible; as hapless as ministers seem, they do still have a civil service, which continues to plan seriously for the medium term, even in the grip of a fundamentally unserious government. It was common knowledge by October that the rule of six (remember that?) would be needed until March; yet we had to endure these mindless press conferences, in which obfuscating ministers stood at the podium, promising jam the day after tomorrow, maybe, waiting for the numbers to tell their own grim story.

Parents and teachers have largely taken matters into their own hands; teaching unions are calling for schools to be closed across England, not just London and some areas in the south-east of England; individual schools are taking teaching online even when they haven’t been instructed to; many parents are assuming that the closures will last at least until after the February half-term. Life without a horizon is dark and aimless, so we construct our own, but it comes at a cost: our faith in authority, which was already pretty thin.

• Zoe Williams is a Guardian columnist 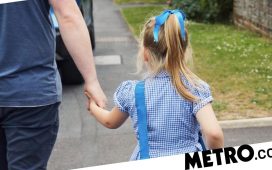 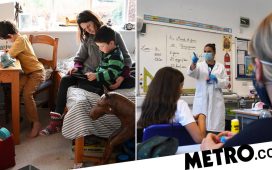