Take a moment to think of the Home Office. It’s a troubled place. The home secretary, Priti Patel, has been labelled a bully – and the evidence suggests breached the ministerial code, according to the man who investigated her. The department itself has been found to have violated equalities laws by disregarding the warnings about the impact of its hostile environment policy on black people. And the most senior black Home Office employee on the compensation scheme for the resulting Windrush scandal has resigned amid complaints of discrimination, it emerged last week.

“It’s not just racism,” said Alexandra Ankrah, a former barrister who worked as head of policy on the scheme. Although that strikes me as a fairly fatal error all on its own, for a programme specifically designed to compensate victims of racism. The scheme was so lacking in compassion for victims, Ankrah said, that those relying on it, many of them sick and elderly, were being “retraumatised” by it.

The inquiry into the hostile environment policy by the Equality and Human Rights Commission found the Home Office had “a lack of commitment” to equality. The policy led to many black British people who were entitled to live here having benefits removed, being denied healthcare, and in some cases being deported. Warnings of its impact were “repeatedly ignored, dismissed, or their severity disregarded”.

Yet despite the bullying, racism and illegality, Home Office officials have decided to organise a mass deportation of black people – just before Christmas, and in the middle of a global pandemic. The government has confirmed its intention to deport around 50 people, many of whom have been in the UK since childhood, to Jamaica next Wednesday. Under current laws, any foreign nationals who have been convicted of an offence and sentenced to 12 months or more are given “deportation orders”. For those who have lived most of their lives here, and have served a 12-month sentence just like anyone else, the banishment is in effect an additional life sentence.

And the deportation system makes mistakes: lots of them. A flight that was due to have deported 50 people to Jamaica in February this year was disrupted at the 11th hour when four were recognised as potential victims of trafficking. Another 29 were also allowed to stay after a last-minute challenge.

Not only that, the British immigration detention system is itself dysfunctional. Detention Action, the charity that works to stop unjust deportations, says the prevalence of Covid at detention centres is capable of constituting a death sentence. And there’s Dickensian cruelty in the system, too. Detention Action found that one of those due to be deported next week attempted suicide days ago, was hospitalised, and was then put straight back into detention to be deported.

The same reasons the deportation of Windrush-generation British citizens scandalised the nation are in play all over again. Many of those people – later found to have been here lawfully – died in the countries they were deported to. The most recent investigation found that between March 2018 and May 2019, at least five deportees to Jamaica were killed. Many who survived are living in fear for their lives.

Many had come to the UK as children. All were British. Report after report – the IPPR report into the “hostile environment”, the National Audit Office’s Handling of the Windrush situation, Wendy Williams’ Lessons Learned Review – all criticised Home Office officials for wrongly classifying people as illegal immigrants, and found that their decisions had been influenced by the victims’ race.

The Williams report in particular is especially ironically named, since if the Home Office had really learned any basic lessons it would not be attempting another mass deportation. How can anyone have confidence in deportations unless processes are lawful, thoughtful, and subject to scrutiny and accountability? Time and again they have been none of those things.

Five people due to go on the 2 December flight, for example, have been found by the organisation Movement for Justice to be the main carers for children whose other parent is a key worker. Dozens of British children will suffer having their father deported.

We already know how this plays out with the government. The Home Office will claim those on such flights are “dangerous criminals”. Yet many are not. Stephen Shaw – commissioned by the government itself to conduct an independent review in 2018 – emphasised that the 12-month sentences that trigger deportation are “not a very good guide to criminality”. Indeed, it was “deeply troubling” to remove low-risk offenders who have grown up in the UK. For more serious offenders, there are the questionable ethics of offloading them to another country when “their offending follows an upbringing in the UK”. Either way, Shaw said in the clearest terms that these kinds of deportations should stop.

Yet the government blithely ignores recommendations, even when they come from their own esteemed appointed author in a 264-page report. Then, it attacks those who promote the rule of law – as this year, when the Home Office blamed “activist lawyers” for representing people facing deportation. It was later forced to apologise. Lessons really don’t seem to be getting learned.

That’s why I and almost 90 others – including Bernardine Evaristo, David Olusoga, Naomi Campbell, Naomie Harris and Thandie Newton – have signed a letter today calling directly on the airlines involved not to be complicit in this forthcoming mass deportation. Thousands more have signed a petition against the flights. Ultimately, if the government wants to stop lawyers, and people like us, making last-minute interventions to save people’s lives, it needs to stop organising last-minute deportations of those who may have the right to be here. And it needs to stop now. 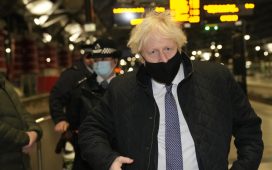 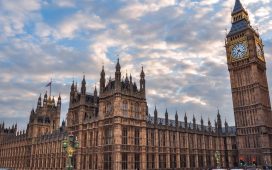