Over the fireplace at Mingo Creek Craft Distillers, a whiskey purveyor in the small town of Washington, Pennsylvania, a portrait of Alexander Hamilton hangs upside down. With snowy hair and a black velvet jacket, Hamilton wears an impassive look that might be described as hauteur. In 1791, to pay off debts the newly formed United States incurred during the revolutionary war, Hamilton imposed the first federal tax on the people of the region. By taxing their most lucrative product, whiskey, he became what he is here today: a villain representing the excesses of the federal government.

The town of Washington is only a six-hour drive from Manhattan, but it’s a world away from the Broadway stage where Hamilton, clad in snug white knickers, enjoys a better reputation. The difference in regard between the two Hamiltons is a stark illustration of the mutual disdain between rural and urban Americans.

I noticed the upside-down portrait of Hamilton several years ago while in western Pennsylvania reporting for what would become Amity and Prosperity: One Family and the Fracturing of America, my book exploring the ways rural Americans have been left behind, and how their disenfranchisement has spawned cultural resentment against liberal, urban Americans.

I didn’t understand the nature of that rage until I arrived in Amity, Pennsylvania. I was raised in the eastern part of the state – or commonwealth, as Pennsylvanians prefer to call it. Until my grandmother died, my family had lived on the same land since before the revolutionary war, and my ancestors billeted George Washington’s soldiers at a place called Camp Woods in 1777. Nearly a century later, when the civil war began, my great-great-great grandfather, Gen George Gordon Meade, a well-educated Philadelphian who attended West Point, led the union army at the Battle of Gettysburg, a town lying between the eastern, more urban part of Pennsylvania and the rural west. That battle, which took place 155 years ago this week, helped decide the war’s outcome, at enormous human cost. Gettysburg was the bloodiest battle ever fought on US soil; of the 160,000 men and boys who fought there, 51,000 were left wounded, missing or dead.

With this storied history running through my blood, I’d assumed that the common bond of being fellow Pennsylvanians would endear me to my western brethren and establish an easy rapport for me, despite being an outsider and a reporter. I was soon disabused of that notion. When I first showed up in Amity and visited a cattle farmer, he asked me, “Where are you from?”

“I live in New York City, but I’m from Philadelphia,” I told him.

“That’s two strikes against you,” he replied.

On another occasion, I carried my own organic instant coffee into the local diner, Popcorn Willie, and asked for hot water. I had some organic sprouted wheat bread with me which I wondered if the waitress might toast, too, I said. Although she grudgingly complied, the looks I received, and deserved, revealed palpable disgust at my outsider ways – elite predilections that people in Amity and the nearby town of Prosperity had neither the time nor the means to indulge.

I would soon come to understand that the antipathies toward city dwellers in rural Pennsylvania have deep roots. They are part of a long, fraught history of tension between the elitism of eastern Pennsylvania and the populism of the west, which dates back to the early 1700s. As I researched this centuries-long enmity – one compounded by economic and social disenfranchisement born of coal, oil and gas production, and failed industrialization – I started to understand why rural Americans had such contempt for the urban elite: for centuries city-dwellers have relied on their country neighbors to supply the materials for urban growth, while ignoring the costs harvesting such materials entailed.

In Washington, Pennsylvania, which voted for Donald Trump by a margin of three to two, our current president is often described as a brick rural Americans launched through the window of urban, elite America. Although that analogy is in some ways true, the deepest roots of these frustrations aren’t always understood. Since I began my reporting in Amity and Prosperity seven years ago, I came to grasp how these patterns and attitudes were unfolding long before the president’s grandfather, the German immigrant Frederick Trump, arrived in America.

When rural Pennsylvanians launched the Whiskey Rebellion they were merely bringing to a head longstanding tensions between Philadelphia’s cosmopolitan landed Quakers and the rural settlers along the state’s western frontier.

The settlers were mostly landless Scots-Irish who’d arrived in the colonies fleeing poverty and religious persecution. They pushed west to squat on land that belonged to Native Americans, carving their initials in trees to claim forested plots by so-called “tomahawk rights”.

After the war ended, the settlers returned to the frontier to find that Native Americans had destroyed their homesteads. The settlers were also staring down an economic crisis: many soldiers still hadn’t been paid the salaries owed them by the cash-strapped revolutionary government. Whiskey, instead, became the common currency of western Pennsylvania. When Alexander Hamilton announced that the government was going to tax this, the frontier’s most lucrative asset, whiskey rebels, as they would be known, began tarring and feathering federal tax collectors.

George Washington led 13,000 US soldiers west to quell the rebellion. It was the first and only time a sitting US president led troops against his own citizens. Although sickness and snow drove Washington back east, his soldiers succeeded in putting down the rebels. The rebellion was over, but peace was uneasy at best. The fault lines ran deep. They would soon be tested again, by the civil war.

The history of this early east v west tension is essential reading for those who want to understand the roots of the anti-government and anti-elite attitudes held by many rural Americans. Their voices were written out of history because they lost, but that doesn’t mean they disappeared. They resurfaced a century later, at places like the Battle of Gettysburg.

I grew up hearing family stories of the victory at Gettysburg. I was raised to believe that the civil war gave birth to America’s greatest historical divide; the war not only set north against south, but also pitted rural farmers who relied on slavery as part of their business model against urban industrialists who didn’t.

During my time reporting in western Pennsylvania, however, I began to see that the story was more complicated than that. Pennsylvania, like other states in the union, was divided along many lines. Waves of settlers with very different backgrounds had come to different parts of the area, bringing with them attitudes, expectations, and cultural traditions that were often in conflict. Posterity remembers Pennsylvania’s men at arms as comrades fighting side by side, but the reality was less romantic; the soldiers were drawn together in an uneasy alliance based on shared territory, ambition and conceptions of economic advantage. I came to realize that even longstanding enmities were not as cut-and-dried as I had thought.

At the end of my time reporting in Amity, I took a trip to Gettysburg. I walked the mile from Leister Farm, where Meade headquartered the union army, through a wooded tangle of wild honeysuckle on Culp’s Hill down to Spangler’s Spring, where the ancestor of an Amity family at the center of my reporting, the Haneys, had fought on the side of the south. His name was Brooks – a boy soldier who collected water for Confederate troops. There on the knobby battlefield I considered the living and dead of our country, and the complicated, deep-running fissures that define it. 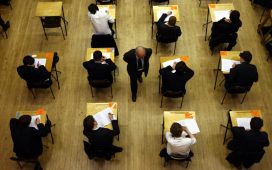