Last week the Guardian reported that an Irish subsidiary of the US tech giant Microsoft paid no corporation tax at all last year, on profits of $315bn (£222bn). This is because Microsoft Round Island One, which collects licence fees for Microsoft software, is “resident” for tax purposes in Bermuda. Since Bermuda does not levy corporation tax, the only payout came in the form of bumper dividends for Microsoft shareholders, worth a total of $55bn.

Over recent decades, such shameless chicanery has become the way of the world. But at the weekend, G7 finance ministers took a first step towards dismantling this footloose, beggar-thy-neighbour version of capitalism, which has deprived treasuries of hundreds of billions of pounds in tax receipts. International corporate tax rules were designed a hundred years ago, to protect multinational companies from predatory governments and the threat of double taxation. But since the late 20th century, and particularly in the digital era, the power relationship has been inverted. In the age of high globalisation, multinational giants played pick and mix with tax jurisdictions, salted away profits offshore through baroque ownership structures, and used their power to play countries off against each other.

The deal to tackle global tax abuse by corporations, signed on Saturday in Cornwall, therefore signals a sea change which is of genuine significance. A minimum global corporation tax of at least 15%, as proposed, would establish a floor on what the US treasury secretary, Janet Yellen has described as “a 30-year race to the bottom on corporate tax rates”. It would also lead to real pressure on the world’s tax havens – many of them overseas territories of the United Kingdom – to follow suit. The second part of the deal is intended to reform the tax framework to more fairly reflect where companies such as Amazon, Google and Facebook do business and make their money, as well as where they are headquartered. This is also overdue. The economic realities of the digital age mean that the tech titans have been getting away with paying far too little for far too long.

The agreement will now go forward for discussion at the G20 summit in Venice next month. The devil will be in the eventual detail. The 15% minimum is not much above the low corporation tax rates currently set in countries such as Ireland and Switzerland, and falls a long way short of the 21% rate first pressed for by Joe Biden, the US president. Nevertheless, an important principle of cooperation between states has been established, restoring a sense of political control over the manoeuvres of the global business elite.

The sudden momentum for change came about through a combination of factors. The debts piled up by governments during the Covid pandemic, combined with a lockdown boom in profits for big tech companies, concentrated minds in Europe. In the US, Mr Biden is determined to access a greater stream of corporate revenue to help fund economic recovery and his $2.3tn American Jobs Plan. The prospects of reaching a consensus were also immeasurably improved by the disappearance of Donald Trump. As a result, the balance of power between multinational businesses and governments is shifting in the right direction. Hailing the deal on Saturday, the German finance minister Olaf Scholz said it was “very good news for tax justice and solidarity, and bad news for tax havens”. He was right, but there is a long way to go before global business is truly paying its fair share. 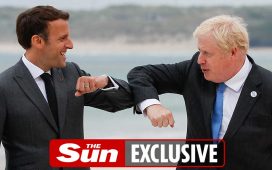 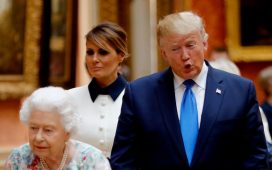