It was less than 10 years ago that France last elected a Socialist party president, but it now seems like another age. The unpopular reign of François Hollande, who stood down after one term, was the precursor to an electoral implosion for the party of Jean Jaurès and François Mitterrand. In 2017, as Emmanuel Macron successfully redrew the political map from the centre, the Socialist presidential candidate received a humiliating 6% of the first-round vote. In the subsequent general election, the party’s presence in the National Assembly was reduced to a miserable rump of 30 MPs.

“Things can only get better”, to use a phrase from happier times on the European left. But for French progressives, the danger is that they get even worse. A year out from the next presidential election, every opinion poll points towards another second-round duel between President Macron and Marine Le Pen. Accordingly, last weekend, the fractious forces of the left met to try to agree on a united front. But after inconclusive talks it seems likely that the progressive vote will be split between at least two presidential candidates: Jean-Luc Mélenchon of the radical left party La France Insoumise (France Unbowed), and whoever the Socialist party and the French Greens put forward. A first-round defeat for all concerned would be virtually guaranteed.

The chronically split French left offers a cautionary tale for progressive movements elsewhere, showcasing some of the tensions that have become endemic. Mr Mélenchon’s party is Eurosceptic and has its strongholds in the post-industrial regions, attracting blue-collar workers and the young. The pro-European Socialists and Greens have a more middle-class base, dominating the politics of Paris and other cities. The only realistic shot at the Élysée would be through a progressive alliance, backing one candidate. Mr Mélenchon gained almost 20% of the vote four years ago, but a taste for conspiracy theories and intemperate rants appears to have cost him almost half that support since, and the hostility to Brussels puts him beyond the pale for the centre-left. From his perspective, there is little incentive to tarnish the anti-establishment brand of La France Insoumise by standing down in favour of, say, Anne Hidalgo, the mayor of Paris and likely standard bearer for the Socialists.

This dysfunctional situation has potentially serious implications. Already the signs are that Ms Le Pen is set to do much better than in 2017, when she lost heavily to Mr Macron. On the two previous occasions that the far right contested the second round of presidential elections, a united “republican front” of voters saw off the threat. But Mr Macron’s liberalising economic measures, and hard line on immigration and law order issues, have made him deeply unpopular on parts of the left. There are fears that a sense of disenfranchisement and antipathy towards the president could lead to a high second-round abstention rate, opening the door to a Le Pen presidency. The good health of the French body politic requires a left that can punch its weight in the battle for the Élysée. Sadly, for the time being, there seems to be little chance of one emerging. 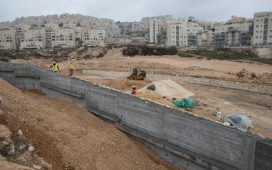