NEWSCABAL
Home » The Guardian view on the Easter lockdown: no time to drop our guard | Editorial
politics

The Guardian view on the Easter lockdown: no time to drop our guard | Editorial


Ordinarily, a four-day bank holiday weekend with good weather expected over much of Britain would mean only one thing for millions of people. But these are not ordinary times. That is why, this Easter weekend, there can be no let-up of the national lockdown against the Covid-19 pandemic, except for those on genuinely essential business. This is no time for the nation to drop its guard.

A holiday from the lockdown would provide no welcome break, whatever the weather. On the contrary, it would be a dereliction of our common responsibility to maintain physical distancing. It would put at risk everything that the British people have achieved for each other and for the health service so far. So we must do nothing that could undermine, directly or indirectly, the collective effort to defeat the coronavirus outbreak. The message is correct. Stay at home this weekend. That means you – and it means all of us.

A key lesson of the past three weeks of national lockdown is that people will act responsibly for the greater good if the situation is clearly spelled out and if sensible rules are explained. The overwhelming majority of people will again respond in precisely this way this weekend, just as they have done so far. This is a tribute to the good sense of the people of Britain as much as to the measures taken by their government. Not for the first time, ministers and experts underestimated the public.

Ministers have stumbled during the outbreak. In the beginning they seemed unconvinced that Britain was on the brink of a disaster. They were too slow to prepare for the pandemic. They spent too long in denial about its severity. They sidled apologetically into the necessary measures. They still over-promise while under-delivering. They have not yet levelled with the public in an adult way about the future of the emergency. Polls make clear that the public are aware of these failings. Arguably this makes the public’s stoicism the more impressive.

Over the past week, the full seriousness of the threat has continued to bear down on the country with increasing force. Across the world, 1.5 million people have had the virus. Around 90,000 have died from it. In Britain, there are 65,000 cases and nearly 8,000 have died. The prime minister is still in intensive care. It has been a global Passiontide. And things are about to get worse. The projected peak of the outbreak in Britain is expected in the next two weeks. Even when it levels out, there will still be a long way to go before the assault is anything like over. The risk of a renewal of the pandemic remains very real.

Ministers have been too cautious about explaining what this is likely to mean for the continuation of the lockdown and for jobs and the economy. It has been clear since the start of the lockdown that it would have to be extended beyond next week. The Welsh government faced these facts first. The UK government’s slowness to do so cannot just be explained by Boris Johnson’s hospitalisation. The failure is cultural. Ministers remain afraid of communicating openly and have not mastered the art of anchoring tough short-term decisions within a clear and credible long-term strategy. Deep down, they act as if the public cannot be trusted with the full truth.

The pandemic is terrible and ongoing. Most people grasp there will be no quick end to it. Ministers are already deep in private discussion about the step-by-step measures required to return to some kind of normality while maintaining a grip over the outbreak. They must urgently begin that conversation with parliament and with the rest of us. Ministers should make clear that they will do whatever it takes and for as long as it takes to safeguard the country. The choreography of any exit strategy will be complex and phased. In some respects, indeed, the necessary controls during the winding down will be the toughest part. Back in their first cabinet meeting in December, Mr Johnson told his ministers that they were a people’s government. His government must now learn to trust the people. 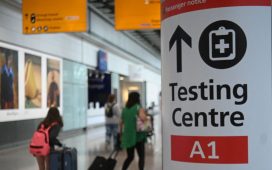 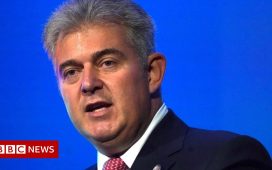 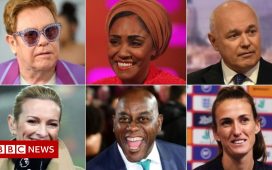