NEWSCABAL
NEWSCABAL > politics > The Guardian view on the DUP’s Brexit choice: save the protocol or save Stormont | Editorial
politics

The Guardian view on the DUP’s Brexit choice: save the protocol or save Stormont | Editorial


The threat by the leader of the Democratic Unionist party, Sir Jeffrey Donaldson, to collapse the Stormont executive unless the Northern Ireland protocol is scrapped risks creating a crisis for electoral gain. Some in the DUP may think that bringing down the power-sharing executive works to their advantage. But it’s a high-risk gamble in which the public would almost certainly pay a heavy price.

Before Covid struck, the region had spent three years without an assembly, leaving it with the longest NHS waiting lists in the UK. If the day-to-day running of Northern Ireland passed to the civil service, it is hard to see how decisions in the public interest to pull out of the pandemic could be made by unelected officials. Brexit was the catalyst for rioting in Northern Ireland earlier this year. Tensions are best defused in a democratic arena, not on the streets.

The blame for the twin crises of Brexit and Covid are being laid at the door of the DUP. The party has held the post of first minister since 2007. Now its fortunes are in free fall. It has slumped in the polls from 23% to 13%, and could be overtaken by the more liberal Ulster Unionist party and the tough-talking Traditional Unionist Voice. The nationalist Sinn Féin is on course to be the largest party after the election, which is likely to take place even if the current executive collapses, in May 2022. Sir Jeffrey calculates that he is running out of time. His move smacks of political desperation.

The DUP has made mistakes. The party foolishly backed Brexit and then even more foolishly trusted Boris Johnson to deliver on his promise that “there will be no checks between Great Britain and Northern Ireland”. The protocol, designed so that post-Brexit goods can continue to flow freely on the island of Ireland, drew a border down the Irish Sea. It meant checks and paperwork. In Northern Ireland, shoppers have noticed rising costs, supermarkets have warned of shortages, and pharmacies forecast trouble in importing medicines next year. It’s easy to see how post-Brexit trading rules have led to a feeling for some in the unionist community that they have been sold a pup.

Liverpool University’s Jonathan Tonge says the DUP faces revived competitors for the unionist vote from both moderate and hardline fringes. The UUP suggested that the protocol could be better managed via a new cross-border body. Sir Jeffrey has shifted rightwards, with a strategy that forces London to choose between saving the protocol or saving Stormont. His speech was a deliberate attempt to grandstand on a day when the European Union’s Maroš Šefčovič arrived in Northern Ireland for talks with political leaders. Sir Jeffrey also goes further than the UK’s Brexit minister, David Frost, who talked of negotiating a revised protocol with Mr Šefčovič – not of walking away with no protocol.

Sir Jeffrey may not be bluffing. The DUP has revelled in its role of holding back the tide of social progress. Prof Tonge noted that during 2011-16, out of the 115 uses of the community veto, 86 were laid by the DUP. However, as it has won fewer seats, it has become impotent. Westminster has also intervened: pushing to legislate when the assembly has been paralysed on same sex marriage, abortion and the Irish language.

The world is changing, but not in the way the DUP faithful like or want. The longer the protocol stays, the harder it will be to get rid of. Sir Jeffrey aims to rally the unionist vote around an anti-protocol position and hopes for an early election in which the DUP emerges as the largest party. This is a reckless political bet in which it is hard to see how there will be any winners in Northern Ireland. 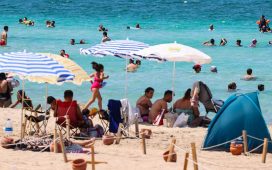 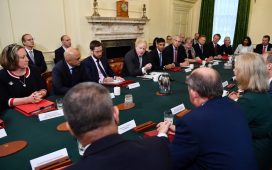 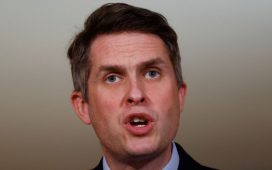 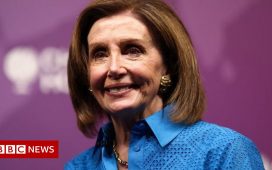 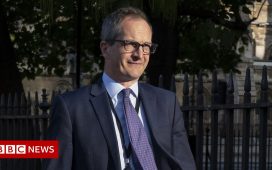