There is an argument that bank holidays are more trouble than they are worth. In Northern Ireland, for instance, who could possibly contend that it was sensible to make 12 July – the anniversary of the Battle of the Boyne – a bank holiday? It is a red rag, or rather an orange one, to half the population. Then there are the endless arguments over whether May Day should be celebrated. Next year it will be scrapped in favour of a bank holiday on Friday 8 May to celebrate the 75th anniversary of VE Day. This repeats a switch made for the 50th anniversary of the end of the war in Europe in 1995. Governments of the right are always wary of the socialist connotations of May Day and looking to celebrate the battle of Trafalgar or Shakespeare’s birth or Saint George.

You might think the summer bank holiday would be free of such controversy. Surely this is a day on which the inhabitants of England, Wales and Northern Ireland – Scotland has already had its extra day’s holiday at the start of August – can enjoy a collective break sitting in traffic jams or eating undercooked barbecued chicken. The weather looks set fair for once: dancers in skimpy costumes will not be soaked to the skin on the streets of Notting Hill and the green wellingtons of the revellers at music festivals in Reading, Leeds and elsewhere will look even more like superfluous fashion statements than usual. How marvellous – except that there is something deeply melancholy about the late summer bank holiday. It marks an end, not a beginning. As the sun sets on Monday, children will start thinking about going back to school; adults will sense the approach of autumn; and this year we will all realise that September will see the return of parliament and the culmination of the battle over Brexit. Winter is coming.

Summer’s lease hath all too short a date when that date is 26 August, and the Scots were surely right to stick with the first Monday of the month when the Banking and Financial Dealings Act changed the date of the August bank holiday in 1971. It had been introduced 100 years before by the Liberal politician Sir John Lubbock, a cricket lover who supposedly chose the early August date because it coincided with traditional village cricket matches. County championship games became a great feature of August bank holidays and attracted huge crowds, a tradition now sadly abandoned. The government changed the date to the end of August on an experimental basis in 1965 in an effort to extend the summer period and give a boost to trade. But it was better to celebrate what is – in theory – the height of summer, not its dying fall.

In truth, these days, it’s hard to know what bank holidays represent. Shops are open all the time; we never rest from the act of consumption – Christmas Day has become immensely popular for online shopping. Flexible working and the cult of the long weekend mean that an extra Monday is neither here nor there for many. That lazy, timeless day playing crazy golf in Clacton and feeling like a god has gone. Our days have taken on a dull uniformity. Emails do not recognise bank holidays; peace is elusive. But this is not an argument to scrap bank holidays, merely to treat them with respect. Choose the days well; try to make them truly national – the UK has never been more in need of cultural unifiers – and let them reflect something real rather than just be a random extra day’s holiday. The old religious festival of Whit Monday had meaning; the late spring bank holiday, introduced under the 1971 act to replace it, doesn’t feel quite the same. It’s lovely to have a day off, but it’s even better when you know what it’s for. 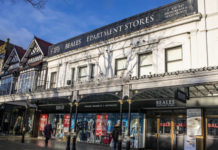 Beales goes into administration with 22 stores and 1,300 jobs at risk 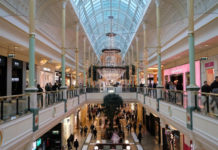 Shopping centre chain seeks up to £1bn to shore up finances