NEWSCABAL
Home » The Guardian view on a byelection test: Labour voters should back the Lib Dems | Editorial
politics


Incompetence, dishonesty and sleaze has seen Boris Johnson’s polling suffer. His Conservative party appears to be losing ground to the Liberal Democrats in North Shropshire, where a byelection will be held next week. There’s a suggestion that some Tory voters view Sir Ed Davey’s party as a refuge from the bungling chauvinism of the Johnson government. This was certainly the case when in June the Lib Dems won a stunning Buckinghamshire byelection. But losing a leave-voting rural constituency would be a bigger earthquake and send shock waves through the Conservative party. Even if the Lib Dems came close, the result would send a shiver up the spine of Tory MPs. That is why North Shropshire’s Labour voters ought to set aside their tribal loyalty and back the Lib Dem candidate.

Mr Johnson’s contemptuous attitude to accountability needs to be checked. A loss in North Shropshire would stop the government in its tracks. Mr Johnson’s disgracefully cavalier attitude to Commons rules is the reason there is a byelection taking place at all. If the prime minister had not attempted to tear up the system of parliamentary oversight to prevent the suspension of his friend Owen Paterson, North Shropshire’s then MP, the party would not be in this fight. A byelection defeat next week would probably have a dramatic effect on government policies – the last one led to a rethink on Tory planning proposals.

If the Conservatives lose next week, they will have no one to blame but themselves. They knew Mr Johnson’s flaws all too well, having been behind him while the going was good. The prime minister’s failure to deliver his “red wall” promises, a calamitous “Peppa Pig” speech to industry and public disgust at a No 10 Christmas party last year despite Covid restrictions have rendered Mr Johnson increasingly vulnerable to determined rebels on his own backbenches. Channel crossings will also make the Tories nervous that a party will emerge that will outflank them on the right. It cannot be a good thing for British politics for this to happen. However, the rise of the Reform party provokes an existential fear that Mr Johnson was meant to banish.

Opposition parties don’t have to enter formal pacts for their supporters to opt for the candidate best placed to dislodge the Tories. The tacit agreement between Labour and other progressive parties in an outer London byelection last week was encouraging. The Tories held the seat, but there was a swing to Labour. There are Labour people who will never forgive the Lib Dems for the coalition with the Tories. And there are Lib Dem voters who will never forgive Labour for the invasion of Iraq.

Yet how is it better for Labour’s backers to let the Conservatives keep their parliamentary majority instead of increasing the number of Liberal Democrats at the Tories’ expense? The Lib Dems came second to the Conservatives in 80 seats in England in 2019. Without a Lib Dem revival, Labour has no serious prospect of being in power. Rows over who is the best instrument of progress can be settled in office. Progressives ought to embrace strategic voting with a vengeance next week to weaken Mr Johnson’s position. 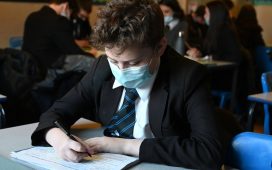 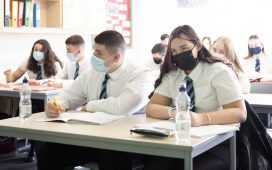 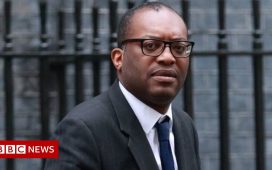