A new national infrastructure bank, you say, Mr Sunak, to help reach our carbon reduction targets? Didn’t we used to have one of those? Yes, here it is: the Green Investment Bank (GIB). It was sold to Macquarie of Australia for £1.6bn for 2017.

Still, at least GIB offered proof of concept. It wasn’t really a bank, more an investor in hard-to-finance green projects, which covered everything from windfarms to street lighting systems. It succeeded in attracting private capital in its wake and, crucially, made a profit. There was a £186m gain on disposal for the Treasury.

The silliness was selling it. George Osborne never sounded enamoured by his own 2012 creation (some thought it a sop to the Lib Dems in coalition days) and Theresa May was probably too distracted by Brexit to stop the sale process. The National Audit Office was scathing, as this column had been, about the airy pledges extracted from Macquarie on future investment.

So here we go again, this time motivated in part by the need to replace funding from the European Investment Bank. Let’s hope the government offers proper backing this time. Done well, this stuff works.

A six-page passage in the AA’s takeover document should have been titled “confessions of a debt addict”. Here’s the most startling statistic: over the past five years, the AA paid £715m of cash interest on its debts and forked out £166m in refinancing charges.

No wonder there was little to spare for paying down the £3.1bn of borrowings that were loaded onto AA when it was shunted onto the stock market by its last set of private equity owners, CVC and Permira, in 2014.

Six years later, the tally still stands at £2.6bn and the heaviest reduction work was done years ago – a £175m equity placing in 2015 and the sale of AA Ireland for £99m in 2016. The company has mostly been working for its lenders, as the document makes clear. It was for them that investment was cut when trading profits went into reverse between 2016 and 2018, with predictable effects on membership numbers.

Surrender to the lowball £219m bid from Towerbrook and Warburg Pincus is humiliating, but alternatives don’t exist. The banks will not extend a £165m liquidity facility, due to expire next June, unless fresh equity is injected. Shareholders do not want to chase their losses.

It is traditional to blame CVC and Permira for the mess but equal blame should attach to the financial firms that backed the float in 2014, declaring, in effect, the AA to be roadworthy despite its debts.

Who were they? From the 2014 announcement: Aviva, Blackrock, CRMC, GLG Partners, Henderson Global, Henderson Volantis, Invesco, L&G and Lansdowne Partners.

Superior financial analysis was available. This is what Paul Grafton, GMB’s regional officer, representing the AA’s poor old staff – the forgotten party amid the leverage lunacy – told the Financial Times in June 2014: “GMB is baffled as to who would want to get into owning AA given that it is trussed with billions of debts to pay for the cash taken out of it by the private equity owners.” Spot on.

The magazine and website publisher Future, whose chief executive is Zillah Byng-Thorne, is buying GoCo, the GoCompare owner whose non-executive directors include her.

She hasn’t been negotiating with herself – governance guidelines cover these rare situations – but the market still looked quizzically at the £594m cash-and-shares deal. Future’s shares plunged 17%. One can understand why.

First, Byng-Thorne used the ugly management buzzword “adjacencies”, which is usually code for an adventure into unfamiliar territory. She did her best to explain the thinking: readers of PC Gamer magazine don’t just want to know the best games and computers, which Future can already help with, they also want to see the best broadband deals, which is where GoCompare would come in. Similarly, readers of Real Homes might want to compare energy tariffs.

Well, maybe, but punters, annoyingly, sometimes wander all over the place if they feel the “purchase journey” is a little too mapped out for them. The fit may not be as neat as the theory says it should be.

Second, the person genuinely on the other side of the negotiating table was Sir Peter Wood, GoCo’s 29.5% owner. Wood has not made two fortunes from insurance – by founding Direct Line and Esure – without knowing when to deal.

He will convert the larger part of his GoCo stock into Future paper, which should comfort both sets of shareholders. But Future’s crew clearly still need some convincing. 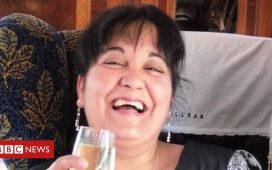 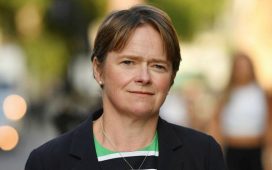 Harding defends use of £1,000-a-day consultants