NEWSCABAL > education > The government's U-turns on education in England
education

The government's U-turns on education in England


The announcement that all London primary schools will remain closed next week is the latest in a string of government U-turns on education since the pandemic began.

Under the government’s initial plan, schools in the City of London and Kingston were due to reopen but those in 22 other London boroughs would have remained closed.

But the government rowed back from the plan after leaders from nine London authorities wrote to the education secretary, Gavin Williamson, asking for their primary schools to be closed to all except vulnerable children and those whose parents were key workers.

Here are some of the government’s other U-turns on education:

The policy that children should not be required to wear face coverings while in school was reversed days before classrooms were due to reopen when the Department for Education announced that face coverings should be worn in corridors and communal areas by staff and students in year 7 and above in schools in areas with coronavirus restrictions. Williamson had previously insisted that the Covid-secure measures being adopted in schools meant that wearing face coverings would not be necessary. The move came after pressure from teachers around the country who urged their use, and following Scotland’s announcement that secondary school pupils should wear masks in communal areas.

The government was forced to act after A-level grades were downgraded through a controversial algorithm developed by the Office of Qualifications and Examinations Regulation, leading to almost 40% of grades awarded being worse than expected by pupils, parents and teachers. Williamson had previously defended the system as “robust” and said there would be “no U-turn, no change” to the system.

READ  When do schools break up for half-term?

Following a campaign launched by Marcus Rashford, the government reversed its decision not to extend the children’s food voucher scheme into the summer holidays. The move came 24 hours after No 10 had rejected the footballer’s plea for the £15-a-week vouchers to continue being paid over the summer. On 16 June the cabinet minister Grant Shapps said free school meals were not normally extended to cover the summer period. But a few hours later, No 10 backtracked on its stance, confirming that it would extend the programme.

Williamson set out plans in May for all primary school children in England to be back in class for at least four weeks before the summer holiday. But on 9 June he admitted that a full opening of primaries would not be possible as the requirements of 2-metre social distancing would make a return too difficult.

Never too late: 'I was one of the oldest ones there, and I also had no hair. But it was wonderful' 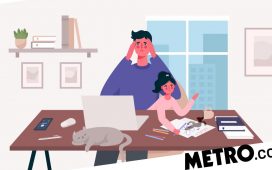 Pandemic parenting: Advice on how to get yourself and your kids through lockdown 3.0 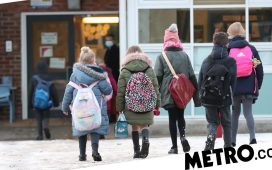 Five times as many children in school compared to first lockdown