A reader describes his love for the work of Return Of The Obra Dinn creator Lucas Pope and the unexpected gameplay magic of Papers, Please.

I’ve recently started Return Of The Obra Dinn on Switch, but it’s the peerless Lucas Pope’s first game Papers, Please that I want to use as my example of a great gameplay mechanic. I could also have used football games, driving games or any number of action or survival horror games, but I think the idea I’m trying to express, about how important good gameplay mechanics are, is best shown by Papers, Please. Because the whole premise lives or dies on whether the gameplay mechanics actually work.

Before I talk about Papers, Please what I think moves a gameplay mechanic from good to great is when the feeling of performing the action puts you in the mindset of the avatar performing that action fully, breaking down the barrier between player and game and immersing you completely. You feel like Spiderman when you swing building to building, you feel like Ronaldo when you hit the top corner in PES or FIFA, you feel like the Doom marine when you perform a gory glory kill or win a race by a lick of paint in Forza, gripping the controller tightly to eke out every last ounce of acceleration from your simulated supercar.

Papers, Please though is different. The gameplay takes your mind somewhere else entirely, you are a border crossing guard for the fictional eastern European country of Arstotzka and your job is to inspect the papers of the people leaving from and returning to the country. The game eases you into the action slowly, layering up the actions to be performed so you are not immediately overwhelmed. Your job is to check various pieces of paper to verify if people should be allowed to proceed on their journey. It’s clear there is an ongoing conflict and that your country is a poorly run authoritarian regime absolutely swimming in bureaucratic red tape.

As a lowly functionary you are paid on a work model that means the more people you process the higher your meagre wage to sustain your family will be. As you process people, they give you their tales of woe, sinister characters will try their tall tales on you, and internally your moral compass spins like a weather vane in a hurricane deciding whether to be merciful and poor or loyal to the regime and rich. I played this on iPad many years ago and eventually the gameplay involved frantic flick and gestures as you hurriedly checked and made quick snap decisions on the numerous entrants.

The gameplay mechanics were perfect. You felt the stress of earning a wage and you assumed the mindset of a border guard a minor cog in a grandly massive machine. It also does something I would never have thought possible, you start to empathise with how a person could find themselves actively participating in a totalitarian regime even though they derive no benefit from it. There are good people coming through that border, revolutionaries bringing new ways of thinking whose social change is needed and would lead to a kinder and more equitable government, but that very night your child needs medicine or they will die.

In my small bubble I made the decision that perpetuated tyranny and these decisions are presented repeatedly, Lucas asking you when the pressure is really on, what do you really believe? The intentional drudgery, the dehumanising lo-fi graphics, the oppressive music but most of all those flicks and gestures made me feel like a sympathiser, a shill, a heel not even given enough scraps from your master’s table to justify your rabid loyalty. Overworked and not given enough time to process the humans passing your window as humans but instead pieces of paper to be stamped or handed to the secret police, it’s a shockingly quick process too.

You can start the game the most altruistic believer of Western democracy, with the purest of intentions but once the gameplay mechanics of Papers, Please get a hold of you, you’ll be willing to accept it when the government tells you 2+2 = 5 or that we’ve always been at war with Eastasia. Which is truthfully an astonishing achievement of gameplay. 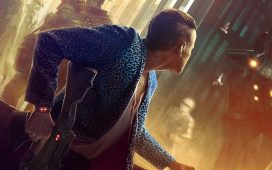 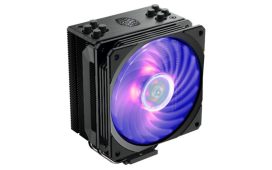 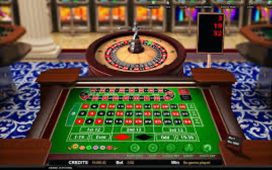 Save up to half price off on Roccat headsets, keyboards and mice for Cyber Monday