NEWSCABAL
Home » The French Impressionists rediscovered: ‘They didn’t know their works would be masterpieces’
arts and design

The French Impressionists rediscovered: ‘They didn’t know their works would be masterpieces’


“Damned Manet! Everything he does he always hits off straight away, while I take endless pains and never get it right.”

These are the words of Edgar Degas, inscribed on the wall beside a lively crayon lithograph sketched by the object of his frustration, fellow artist Édouard Manet. The picture is called The Races; in it, horses gallop towards the viewer and the frenzied lines capture the energy of the onlooking crowd.

Hanging on the wall to its left are two bright yet moody paintings, this time by Degas himself, and also themed around horse racing. They capture quieter moments: jockeys gathering, perhaps just before they compete; a woman breastfeeding in a carriage, partially covered by a parasol as her family looks on. The paintings are striking in both their quality and their candidness – ephemeral, private moments captured forever in the gentle light of long ago. Accompanying these works are more words from Degas: “No art was ever less spontaneous than mine.”

This year’s Winter Masterpieces exhibition at the National Gallery of Victoria, French Impressionism from the Museum of Fine Arts, Boston, which opened on Friday, brings together the work of some of the biggest and most familiar names in art history. These are names you can’t help but know: Claude Monet, Pierre-Auguste Renoir, Camille Pissarro, Vincent van Gogh. These are paintings you’ve seen in books, in films, on puzzles. And while the opportunity to see famous works up close – to study the brushstrokes of masters from the same distance they sat as they painted them – is likely enough to warrant a visit for most, the true joy of a show like French Impressionism is getting to know people who previously were just names stamped on top of big reputations. In the details of their history and the minutiae of their art practice, they become individuals and human beings again: people who were insecure and jealous, optimistic and fatalistic, people who were creating on the fringes of the artistic world, not knowing how huge their legacy would be.

A key element of the exhibition is getting to know the makers through their relationships, says Katie Hanson, a curator at Museum of Fine Arts, Boston. “We have access to letters and notebooks and interviews in greater richness than earlier periods. So it really is possible to know what these ladies and gentlemen thought about themselves and each other.”

What the Impressionists were doing in the late 1800s was revolutionary for its time. They were creating work quickly and freely, that prioritised capturing a moment over perfect composition. Impressionists were far from the mainstream; their methods meant they had turned their back on the safer – and often more lucrative – formal path of the salon, and they were criticised for displaying “unfinished” works. In their time, these artists were outsiders.

“They didn’t know … that their works would be masterpieces – they were painting them very much in a local context,” says Miranda Wallace, senior curator at NGV. “They had these relationships with each other, human relationships, fuelled by doubt – and also great friendship and companionability.”

Halfway through the exhibition, there’s a room designed to show the complexity of these relationships. A diagonal barrier runs almost all the way along it, splitting the space into two triangular halves. On one side are works by Renoir, giving a glimpse into his range, and willingness to experiment – something that caused him both great insecurity in his abilities at time, but that also allowed him to expand creatively across his career.

Coming from a poor background, without the same training as his contemporaries, Renoir reportedly felt he was a lesser artist. The room reflects this fear – he is separated by the barrier from his fellow artists Pissarro, Paul Cezanne, Van Gogh and Paul Gauguin. A narrow window, however, also runs the length of the room, allowing you to peer from one side to the other. If you follow the art around the four walls, the quality is the same; Renoir doesn’t appear lesser. But the barrier sets up a sense of longing of sorts; he’s part of the world of his contemporaries, yet separate.

This is an exhibition about connections: works by mentors and mentees are paired up; the words of artists accompany works that aren’t their own. Degas’ close friendship with American artist Mary Cassatt is depicted through both his paintings and prints with her as the subject and on the way their separate works influence one another. His story is a fascinating one to follow through the exhibition; the frustration and insecurity of his words are often at odds with his outward confidence in his exhibition choices.

Seeing these works up close provides insights that aren’t possible on a screen or in a print. Gott and Wallace point out a detail in the Van Gogh painting where a window that at first seems white is, in fact, just a piece of the canvas deliberately left blank – apparent only by the change in texture.

Knowing the legacy many of these artists would leave, it’s easy to forget that for most of them at the time, their work was a risk – to create art in the way they felt was right, they needed to make personal and financial sacrifices.

“They were at first mocked, laughed at, and people didn’t understand them,” says Gott. “It took 15 years – from 1874 to 1890 – for Monet to finally achieve financial success. So we mustn’t think that they were automatically successful. There’s a lot of struggle, a lot of pain, a lot of difficulty.” He adds that while some of the Impressionists were independently wealthy, “Renoir, Pissarro, Monet, Sisley, they’re poor – sometimes they can’t pay the rent”.

It’s a reminder that art and artists never appear fully formed. “They knew they were taking a much more uncertain course,” Wallace says. “They were going into the unknown – with the hope of changing people’s understanding of what art could be.” 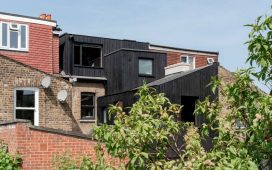 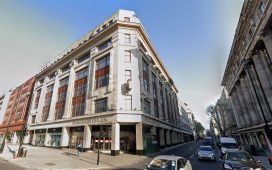