Fr Bormon, 32, was born Hindu and baptised in 2002. Bangladesh is home to 117,000 ethnic Koch. More than a thousand Koches have converted to Christianity thanks to the great work of local and Italian PIME missionaries.

Dhaka (AsiaNews) – Six deacons became priests today in St Mary Cathedral in Ramna, Dhaka. One of them is Biswajit Bernard Bormon, from Kewachala parish in Gazipur, the first ethnic Koch to become a priest.

Born a Hindu, the 32-year-old new clergyman was baptised in 2002. The following year he entered the seminary and gradually discovered the beauty of the religious life. Most interestingly, on 4 December, 2020, his parents too were baptised, by their own deacon son.

Fr Bormon spoke to AsiaNews about his faith. “In my childhood, before I met Fr Dominic Sentu Rozario, I thought that there were no Christians in Bangladesh because I hadn’t seen any before meeting Fr Dominic”.

Father Dominic Sentu Rozario, a diocesan priest, began preaching among non-Christians in 1996 in Manikganj and Gazipur with the help of a PIME missionary.

The Archdiocese of Dhaka is divided into three regions: Dhaka City, Atharogram and Bhawal.

Fr Bormon explained that his reason for becoming a priest was seeing “Father Dominic’s good and kind work, his sacrifices and holy life, which attracted me. So I entered the seminary to be a priest. Gradually I tasted and saw the beauty of the priestly life.

“I saw Father Dominic bring seminarians to our village for pastoral work. I realised how beautiful the life of seminarians was. They visited homes on their bicycle to serve and do kind work. They helped put a smile on people’s faces. These things helped me become a priest.”

Father Bormon and his older brother received Christianity while they were students at a Church-run school. Their two older sisters are still Hindu.

He will celebrate a Thanksgiving Mass on 8 January in his parish in Kewachala. His Hindu sisters and relatives will also be there.

Some 117,000 ethnic Koch live in Bangladesh. More than a thousand have become Christian thanks to the great work of local and PIME missionaries from Italy.

“Even though I was not eligible, God selected me from my mother’s womb to be a priest,” Fr Bormon said, explaining his feelings after becoming a priest to AsiaNews.

“Before I formed you in the womb I knew you, before you were born I dedicated you, a prophet to the nations I appointed you” (Jeremiah (1:5), reads his holy card (pictured).

When they turned towards Christianity, he and his family faced opposition from their Hindu neighbours.  “My father was a madbor (leader) in our village. When I received Christianity, we faced many problems. Hindus mocked us and ostracised us,” he explained.

“In the seminary I had to face many temptations and problems but I was able to overcome them thanks to God’s blessing when he chose me.”

Speaking about his parent’s baptism, he said: “Eighteen years ago I received the baptism. I wanted all family members to go to church together, and last 4 December my father and mother received the baptism from my hands. This was the most joyful day of my life. I felt happy because with my baptism I paved the way for my parents to go to heaven.”

Later the same day, Fr Bormon also renewed his parents’ marriage vow, this time according to the ritual of the Catholic Church.

The Archdiocese of Dhaka has 80,000 members, 2,500 of them come from Manikgonj and Gazipur. Local Christians are mostly former Hindus and Muslims, including ethnic Koch.

Fr Dominic Sentu Rozario has preached in and around Manikgonj and Gazipur since 1996. He told AsiaNews that he is very happy about Bormon’s priestly ordination.

“Today I am very happy and I don’t have words to express how I feel seeing Biswajit Bernard Bormon become a priest! It seems to me that my missionary life has succeeded.”

Fr Dominic explained his style of preaching the Gospel. “The method of evangelisation I follow is through education. I saw darkness in the Koch tribal community and I preached the Good News via education.

“Gradually, the Koches are becoming educated and are receiving Christianity. In this area the Kingdom of God has enormous possibilities of growth.”

For Father Dominic, the Italian PIME missionaries also contributed to the priestly ordination of Biswajit Bernard Bormon. “PIME missionaries have worked for the spiritual care of this area. I thank them.” 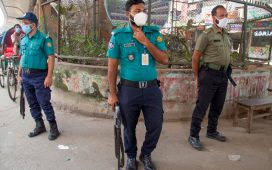 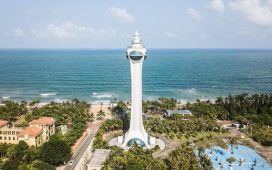 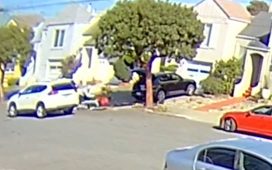