Scientists claim to have found a way to stop cancer patients from losing their hair during chemotherapy.

The destruction of healthy cells, as well as cancerous ones, causes common chemotherapy side effects, such as hair loss.

However, researchers at the University of Manchester found coating follicles with another type of cancer drug may prevent hair loss.

CDK4/6 inhibitors, which work by blocking cell division, slowed the multiplication of cells at the base of the hair follicles. 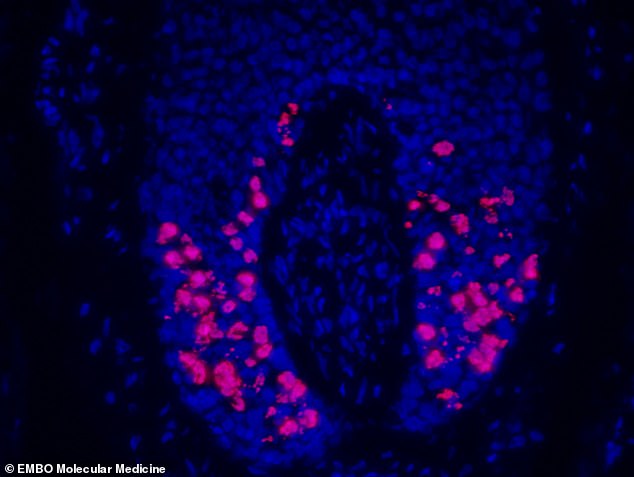 Scientists ‘bathed’ human scalp hair follicles in a class of chemo drugs called CDK4/6 inhibitors, which block cell division, in the laboratory. The team then exposed the follicles to anti-cancer drugs called taxanes, which can cause permanent hair loss. This caused the pink cells to be unable to divide properly, making them ‘less susceptible’ to alopecia

One in two people born after 1960 in the UK will develop cancer, Cancer Research UK statistics show.

And around 1.7million new cases were diagnosed in the US last year alone, according to the National Cancer Institute.

Chemotherapy is often the go-to treatment and works by targeting rapidly-dividing cells, such as those in tumours.

Unfortunately, chemo can also destroy rapidly-dividing cells in healthy tissue, such as those in hair follicles.

As many as eight per cent of patients may refuse chemo due to the ‘psychological burden’ of hair loss, the researchers wrote.

Patients can wear cool caps, which reduces blood flow to the scalp by lowering its temperature. This prevents as much of the chemo drugs reaching the hair follicles.

However, they are not suitable or effective for all cancers and require patients spend longer in hospital.

Looking for a new approach, the scientists exposed human scalp hair follicles to both CDK4/6 inhibitors and taxanes.

WHAT IS AN ICE CAP? AND HOW DOES IT PREVENT HAIR LOSS DURING CHEMO?

Chemotherapy works by targeting all rapidly-dividing cells in the body.

Hair is the second fastest dividing cell, which is why many chemo drugs cause alopecia.

The treatment attacks hair follicles during their growth phase, resulting in hair loss around two weeks after chemotherapy starts.

The damage chemo causes to hair follicles can be alleviated by using scalp cooling, also known as the ‘ice cap’.

The cap reduces the temperature of the scalp by a few degrees immediately before, during and after the administration of chemotherapy.

This lowers the blood flow to hair follicles, which helps prevent the chemo toxins they can take-up.

Although successful scalp cooling depends on many factors, research and studies have shown scalp cooling can be effective across a wide range of chemotherapy regimens.

‘Although at first this seems counter-intuitive, we found CDK4/6 inhibitors can be used temporarily to halt cell division without promoting additional toxic effects in the hair follicle,’ lead author Dr Talveen Purba said.

‘When we bathed organ-cultured human scalp hair follicles in CDK4/6 inhibitors, the hair follicles were much less susceptible to the damaging effects of taxanes.’

Taxanes are used to treat different types of cancer, including those in the breasts and lungs.

Although often effective, they can cause permanent hair loss, which triggers anxiety in many patients.

Thousands of cancer sufferers in the US have filed claims against the pharma giant Sanofi over the lack of warning of the risk of permanent hair loss with the taxane drug Taxotere.

‘A pivotal part of our study was to first get to grips with how exactly hair follicles responded to taxane chemotherapy,’ Dr Purba said.

‘We found the specialised dividing cells at the base of the hair follicle are critical for producing hair itself, and the stem cells from which they arise, are most vulnerable to taxanes.

‘Therefore, we must protect these cells most from undesired chemotherapy effects – but so the cancer does not profit from it.’

The researchers hope their study will lead to more topical treatments that slow or suspend cell vision in a chemo patient’s scalp follicles.

These may also enhance the effects of existing treatments, like cool caps, they add.

‘Despite the fact taxanes have been used in the clinic for decades, and have long been known to cause hair loss, we’re only now scratching the surface of how they damage the human hair follicle,’ Dr Purba said.

‘We also don’t really know why some patients show greater hair loss than others even though they get the same drug and drug-dose.

‘We need time to further develop approaches like this to not only prevent hair loss, but promote hair follicle regeneration in patients who have already lost their hair due to chemotherapy.’ 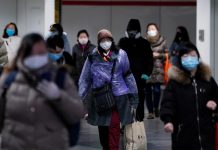 Hundreds of Americans flown home from cruise ship, 14 with coronavirus

How do we prevent suicide? We must start by learning how to talk to young people about it | Suzanne Moore 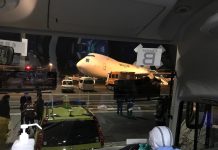 Americans return to U.S. after two weeks on coronavirus-affected cruise

The 13 ‘dangerous’ coronavirus myths blasted by the World Health Organization