The creation of East Germany, archive 1949


Less than five months after Great Britain, the United States, and France established the Federal Republic of Germany in West Germany, the Democratic Republic of Germany was proclaimed within the Soviet occupation zone in October 1949. Commonly known as East Germany, with its capital in the Soviet sector of Berlin, Wilhelm Pieck was named the country’s first president, and Otto Grotewohl as prime minister.

From our own correspondent
7 October 1949

Berlin, October 6
To-morrow afternoon the Volksrat, or People’s Council, for the Soviet zone of Germany, will meet at its headquarters in the Soviet sector of Berlin to reconstitute itself as the Lower Chamber of the Eastern German Parliament This Chamber will consist of 330 of the 400 members of the People’s Council who, their spokesman maintained in an interview to-day, had been freely and democratically elected by secret ballot in May.

Early next week the five Land Parliaments of the Soviet zone will elect members for the Upper House of the new Eastern German Parliament. This body will have 38 or 40 members on a basis of one member to every 500,000 of the population in each Land. The two Houses will meet together and elect the first President of the Democratic German Republic, which will be the title of the new State. Later next week the strongest party in the Lower House – the Socialist Unity party – will nominate a Prime Minister, who will then choose the members of his Cabinet and form a Government. Probably at the end of the week the Prime Minister will convene the Lower House and make a statement of governmental policy to be debated later by the Lower House.

Members of the People’s Council seem genuinely to believe that their transformation into a Parliament will herald a new era for Eastern Germany. I was told to-day that there were solid grounds for expecting the following concessions from the Russians:

1. A recognition of the fullest possible sovereignty consistent with the terms of the Potsdam Agreement.
2. Russian reservation of minimum rights, which may consist only of general security measures, her share of the continuing four-Power control or Berlin, and the regulation of relations with the three Western Allies.
3. The handing over of the administration of concentration camps to the German authorities, giving them the power to declare a general amnesty.
4. The withdrawal, after a peace treaty has been concluded of Russian troops.
5. A clearly defined statement of what reparations will continue to be take from German current production, with the possibility later that all such reparation payments will be cancelled.

The East German State – the German Democratic Republic – was proclaimed yesterday by Herr Wilhelm Pieck, co-chairman of the Socialist Unity party, after the 330 members of the Soviet zone People’s Council had reconstituted themselves the Volkskammer, or Lower House of Parliament.

At its first formal session last evening the Lower House elected Herr Johannes Dieckmann, a leader of the Liberal Democratic party in the Soviet zone, as its Speaker. Herr Dieckmann announced that the Socialist Unity party, as the strongest party in the Chamber, had informed him that it would nominate Herr Otto Grotewohl, co-chairman with Herr Pieck, for the Premiership. Reports from Berlin Communists say that as a gesture to the new Government the Soviet military garrison in Berlin will be withdrawn to Potsdam.

From our own correspondent
8 October 1949

Berlin, October 7
The German Democratic Republic for the Soviet zone was proclaimed to-day at the headquarters of the Economic Commission in the Soviet sector of Berlin. The “People’s Council,” consisting of 330 members elected in a zonal ballot in May, became the Lower House; the Upper House, representing the five Länder of the Soviet zone, will be elected by the Land Parliaments on Monday.

It was obvious from the profusion of flags hanging from all the principal buildings in the Soviet sector that to-day was intended to be a festive occasion. Like the West German State. the latest addition to the band of people’s democracies has adopted the red, black, and gold flag of the Weimar Republic. The hall in which to-day’s ceremony was conducted was gaily decorated with flags and flowers, and the executives of the People’s Council sat on a dais surmounted with a banner on which was inscribed, “Long live the National Front of the Democratic Germany.” At the other end of the hall was a banner with the words. “Only a united Germany can overcome national need.”

A parliamentarians’ treat
Apart from the poor quality of the prepared speeches, the occasion was hardly comparable with the first meeting of the Bonn Parliament. The hall was too small and was crowded with visitors, who were packed too tightly even to allow them to follow the orders of their cheer-leaders. No smoking was allowed at the back of the hall but members of the People’s Council came well provided with cigars and gave a somewhat raffish tone to the proceedings by taking photographs and eating sandwiches throughout the ceremony.

The president of the People’s Council, Herr Pieck, a co-chairman of the Socialist Unity party, was late, and the declaration of the new Republic – timed for midday – was actually made at half-past one. Herr Pieck read a manifesto consisting of twenty points, of which these were the most important:

The new Republic will strive to reverse the construction of the “separatist” western German State and the Ruhr Statute and the autonomy of the Saar; A peace treaty must be signed as soon as possible and all occupation forces withdrawn from German soil; Complete recognition must be given to the Potsdam agreement; Full German sovereignty will be re-established including independent control of foreign relations and of foreign trade; The unity of Berlin must be reasserted; There must be a single currency for the whole of Germany; Dismantling of German industry should be stopped; The German people must resist war-mongers and “American agents” and the inclusion of Germany in “military alliances” such as the Atlantic Pact and European Union.

Bonn, October 7
Dr Adenauer, the West German European Chancellor, said to-night that the Eastern German regime was without legal foundation. “The Federal Republic of Germany,” he said, “must, in the face of the attempt to subjugate the 18,000,000 inhabitants of the Eastern zone in an even stronger degree than hitherto to foreign influence, do everything in its power to give the Eastern zone population spiritual and moral assistance in its dire and hard fate, until a reunification of the two parts of Germany is possible.”

These are edited extracts. Read the articles in full.

Again and again one gets the impression that the Soviet zone of Germany is run by a small handful of men whose loyalty (whether it be the product of conviction or of opportunism or even of plain misunderstanding) and competence the Russians are prepared to trust. There are very few of them; they do a multiplicity of jobs, and they work themselves near to breaking-point. Thus as a purely human achievement the formation of the new East German Government is remarkable; for these men have now taken on a new and heavier task, and they have apparently convinced the Russians that they can handle it. But naturally the new Cabinet wears a set of only too familiar faces, the ruling group is too small to ring any changes, and though these names may make history they do not make news.

East Germany may be a “Popular” democracy, a new democracy or a true democracy: but it will never be a democracy plain and simple, and in its attempts to prove it is one lies its greatest weakness. There can be few East Germans who do not note the postponement of elections or who are ignorant of the manipulations which won a grudging popular approval for the People’s Council, on which the new Government is based.

This is an edited extract. Read the editorial in full. 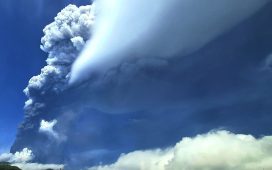 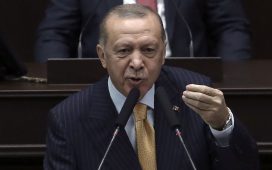 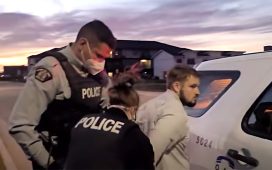 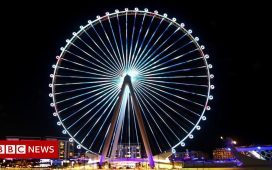