Jenny Ryan has hit back at an online troll who labelled her a “condescending cow”, by taking them down with a savage response.

The 38-year-old star of The Chase, who appears on the show under the moniker of ‘The Vixen’, was not going to let the jibe go unchallenged on Twitter, so hit back with her own views on the matter.

The Twitter tirade had been launched against Jenny during Tuesday’s episode of the ITV quiz show, as they took offence to what they believed was her tone with the contestants on the Bradley Walsh hosted show.

While Jenny has had desires to conquer the singing world, reaching the final of X Factor Celebrity in 2019, but now, instead, she conquers contestants with her quiz knowledge.

This was too much for one viewer, who hit out at Jenny in a now deleted tweet.

The abusive troll wrote: “Is it just me, or does anyone else find the Vixen on the chase a condescending cow. Stuck up her own a**e springs to mind #sackheroff #vilewoman #vixen.”

They didn’t stop there though, as the troll urged ITV to sack Jenny from her position on The Chase.

Jenny wasted no time in hitting back, tweeting: “Thanks for the tag Sally! Always good to have a heads-up when someone’s asked the company I work for to fire me.

“P.S, If you think I’m condescending on the show, then you don’t know the half of it.”

Jenny was backed by fans of The Chase, who also piled in with their thoughts,

She then followed her initial tweet with more food for thought, writing: “I’m literally doing my job, in exactly the same way as my Chaser colleagues do and always have done.

“This seems to be a perception issue, a separate issue with me.”

Jenny then noticed that the account of the person who had sent the abusive tweets had disappeared, she tweeted: “This has escalated into a proper conversation about online behaviour and abuse, as well as mental health, which is an escalating issue for more of us than ever.” 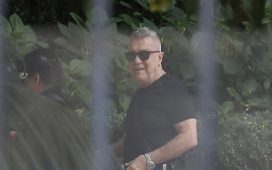 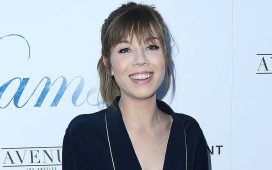 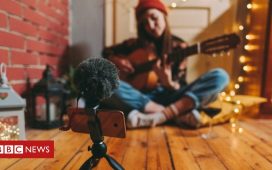 To make it in music, be prepared for the pitfalls